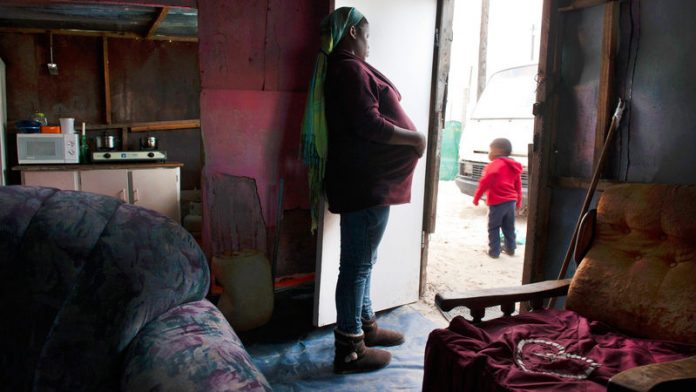 Widespread myths, superstition and conservatism about teenage pregnancy still feed directly into many schools' policies on the issue, say activists and others, as a Constitutional Court case on the matter draws to a close.

Judgment is being awaited after the arguments were concluded recently. A Free State school, Harmony High, told the court its policy on pregnancy was on a similar footing with its approach to contagious diseases — that is, the girls had to be removed from its premises for as long as the school decided.

The policy was not "punitive in principle", Harmony's court papers argued: "There is no expulsion, no suspension, no penalty." But the Free State education department, which opposed the school, argued it was unconstitutional and discriminatory not to allow pregnant girls to attend school.

Analysts point out that the school governing bodies that decide on such policies are made up of parents, who are often very conservative and may be acting on unfounded assumptions.

The National Association for School Governing Bodies says it is often taboo to talk about schoolgirl pregnancy because of the myths and superstition that still surround it. This perpetuates ignorance and can underlie the conviction that it is better for schools to remove pregnant schoolgirls from the classroom.

"There is still this belief among ignorant people that, if there is a pregnant learner in the classroom, it will cause other pupils to fall asleep," said the association's secretary, Matakanye Matakanye.

Such beliefs were rife in rural and poor urban areas, Matakanye said. "We've seen this in every province." And these attitudes were often then reflected in school policies.

"In rural areas we've heard that they check whether pupils are pregnant or not," Matakanye said. "We don't know how they do it. Maybe they feel their stomachs, but this is all an invasion of privacy."

Donald Mfuniselwa, manager of the Empilweni Mental Health Centre in Khayelitsha, said there was a common belief in the Cape Town area, and possibly elsewhere, that, if teachers allowed pregnant schoolgirls into their classroom, they would not be able to go home and tell their schoolgoing daughters not to fall pregnant.

He said the centre wanted to start a support programme for young mothers but, when it approached local clinics for support, they were "left dejected". "We went there to present the programme … but people were so afraid to talk. We found there was no one who is capable to assist."

There was "so much stigma around this", Mfuniselwa said. "It's a no-go area. For a parent it's like, 'I didn't do enough to stop my child from becoming pregnant'.

"You see, these teens are shamed and are removed from the Western Cape and sent back to the farm in, say, the Eastern Cape to be hidden."

Reliable statistics
Reliable statistics on pupil pregnancy are notoriously hard to come by but last month Health Minister Aaron Motsoaledi announced that 94 000 schoolgirls fell pregnant across the country in 2011.

For its part, the basic education department last year cautiously used percentages in the 2010 General Household Survey to calculate that, during a 12-month period in 2009-2010, 32 000 pupils were pregnant and another 52 000 gave birth.

Last year the departments of health and basic education department clashed when the former proposed that condoms be made available at schools.

"They don't make sex at schools; they make sex at homes … We don't provide beds; we provide pens and books," she told the National Council of Provinces in November.

The department's 2007 document, Measures for the Prevention and Management of Learner Pregnancy, which remains official policy, says pupils must be "sensitised" to the "potential health risks and trauma to the mother, newborn child and the rest of the community arising from hidden pregnancy or if the child is delivered at school".

Leave of absence
Therefore, a pupil could be asked to take a leave of absence from school, according to the document, although no specific time frames are given.

Marion Stevens, co-ordinator of Women in Sexual and Reproductive Rights and Health Associates, said pupils from wealthy backgrounds were usually given better sex education and had easier access to condoms than those in poorer rural areas. This resulted in their having fewer pregnancies, fewer sexual partners and less likelihood of contracting HIV. The reality was that all South Africans needed comprehensive sex education, including parents and teachers, because "we don't know how to talk about our bodies", Stevens said.

"There is a whole other way we should be approaching this. At the moment, it's all no, no, no, and blame, blame, blame."

School policies that excluded pregnant schoolgirls from the education system were based on people's fears and, in many cases, on unfounded and unscientific beliefs. "Communities need to be shown that schoolgirl pregnancy is not a mystery or an illness," she said.

"If we really want to change this, then we have to be brave and start being honest about our sexual health. We cannot hide behind fears and growing conservatism that sit easily couched in culture and religion."