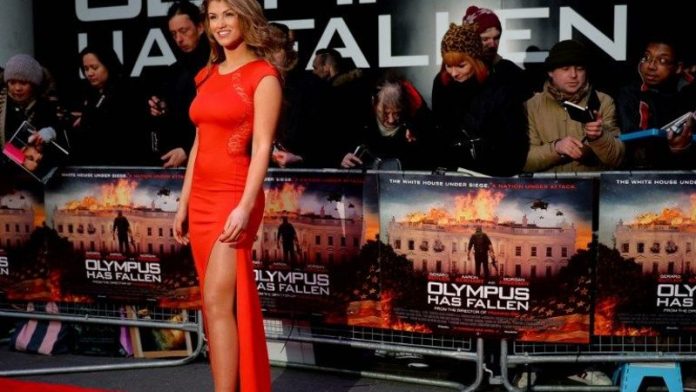 It has been a long time coming but American moviegoers are now ready to watch the White House being blown up again.

Twelve years after the September 11 terrorist attacks, and long after audiences shed a similar reticence about viewing New York being destroyed, at least three major films will now feature America's most famous address being attacked, shot up, set on fire or taken over by terrorists.

None of the destruction is subtle, or limited to the White House. A trailer for the coming blockbuster White House Down features dramatic scenes of the entire Capitol building exploding, Air Force One being shot out of the sky by a rocket, and then – almost as an afterthought – a shot of the White House bursting into rubble and flames. That follows on from the current box-office hit Olympus Has Fallen, where – in a spookily current plot twist – North Korean terrorists attack the White House and pretty much destroy it. Finally, the action effects movie G.I. Joe: Retaliation – which despite abysmal reviews has earned tens of millions in ticket sales – also has bad guys seize the White House.

Observers say that the rash of films in which Washington's symbols of power and patriotism take a pounding shows that the pain of 9/11 is disappearing from the landscape of popular culture. At last film-makers feel confident that the nation can tolerate a repeat of the sort of scene made famous by Roland Emmerich's Independence Day in 1996 when an alien spaceship blew the White House to smithereens in one of the most famous shots in recent film history. "I think Americans have mentally recovered from the shock of 9/11," said Professor Jamsheed Akrami, a film expert at William Paterson University in New Jersey. "Some people may even argue that cinematic re-enactments could have therapeutic effects at this time. Nothing like the passage of time can change perspectives."

Yet even the people behind the films seem to know that they are overcoming some sort of taboo. For Olympus Has Fallen, director Antoine Fuqua's crew built a replica White House on their set in Louisiana solely for the purpose of filming its destruction. Fuqua said the filming was a spooky experience. "There were moments where even I'd have to step back and look at it through the lens and say: "Wow, I'm not sure how I feel about this," he told the website BuzzFeed. "This is a really freaky thing to see, because we all believe this building to represent … freedom."

Since 9/11, Washington has been destroyed in two major blockbusters, but only by natural disasters: an ice age in The Day After Tomorrow (also directed by Emmerich) and an earthquake in 2012. Wiping out the city or attacking its landmarks by acts of terrorism has – until now – been a wholly different matter. It still makes people nervous. "There is something rather curious about showing a place like the White House as the primary target of attacks. Hollywood has tended to be a bit respectful towards where the nation's commander-in-chief lives," Akrami said.

There may be other cultural currents at play in Americans' reawakened desire to see their symbols of government trashed so spectacularly. There has always been a strong anti-government strain in American cultural life and an entrenched scepticism – bordering on resentment – about the power of central authority. The rise of the Tea Party and a virulent strain of anti-Obama conspiracy theories may have strengthened that. Last week a survey revealed that a quarter of Americans either believed Obama was the antichrist or were "not sure" about the possibility. More than half also admitted to being open to the idea that a sinister conspiracy to establish a new world order was at play.

Wiping out the White House might be hailed as an act of patriotism by more conservative filmgoers who suspect that their government is out to get them or sell them out to the United Nations or other non-American powers. "Olympus Has Fallen plays well to the current paranoid notion of the nation under siege. But there is also a deep-seated hatred of the nation and the self in this rubbish. We are still seeing the enemy storming over the walls," said Christopher Sharrett, a film studies professor at Seton Hall University, New Jersey.

However, there is one area in which Hollywood still has to cleave to its tried and tested formulas. Even though they are prepared to tear down the White House and destroy the Capitol, film-makers continue to ensure that in the end the good guys always win. – © Guardian News and Media 2013