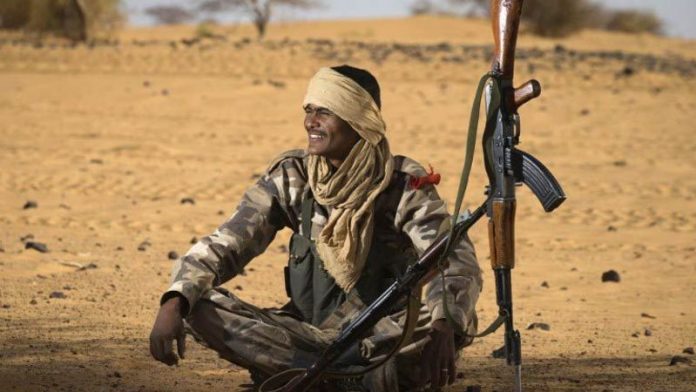 In a report to the United Nations Security Council, Ban said there was "serious concern" that the war against al-Qaeda-backed Islamist rebels in north Mali could spill over into other countries in the region, infiltrating refugee camps where hundreds of thousands of people from Western Sahara – known as Saharawis – have lived since Morocco annexed the territory in 1975.

"All governments consulted raised serious concern over the risk that the fighting in Mali could spill over into the neighbouring countries and contribute to radicalising the Western Saharan refugee camps," Ban's report, obtained by Reuters, said.

The warning came as France began withdrawing some of the 4 000 troops that it had deployed earlier this year to drive out Islamists from northern Mali.

On Tuesday it withdrew 100 members of a parachute regiment and said its number would halve by July. The French government has said it will have only 1 000 soldiers left by the end of the year, and expects the 6 000 African troops in the country to take over.

Although the France-led military action has brought north Mali back under government control, a spate of suicide and guerrilla attacks has rocked towns in the region, and there is mounting concern about the impact of the conflict on neighbouring countries.

Military invention
"There is a lot of concern about the refugee camps in Mauritania and Niger – there has certainly been infiltration there, for example by the National Movement for the Liberation of Azawad (MNLA), and although we don't know for certain that other groups, like al-Qaeda in the Islamic Maghreb (Aqim), have infiltrated them too, it seems likely," a diplomatic source in Mali said.

"What we don't know is just how successful the military intervention in Mali has been. It feels as if it has been incredibly successful – it has taken out the network, captured huge numbers of arms and killed a large number of insurgents," the source added. "But many of the local recruits simply disappeared: some went back to their villages, but others may have crossed the border into Niger and Algeria. It is difficult to know whether Islamists leaving Mali have the numbers and ability to re-form and conduct operations elsewhere."

Experts say Islamists are hiding in the vast desert areas of north Mali and neighbouring Mauritania and Algeria, where they are believed to be able to target Saharawi refugee camps.

"Militants who used to be based in Gao and Timbuktu when it was a safe haven for them are having to relocate to other countries where they can be more easily operational," said Dr Berny Sèbe, a Sahel expert at the University of Birmingham.

"What's happening in Mali certainly has the potential to further destabilise the conflict in Western Sahara – some Saharawis who think Algerians have not been effective enough in supporting their movement might use logistics from Islamist groups, and at the same time there is a lot of frustration that western leaders have been very lenient towards the Moroccan position on Western Sahara," Sèbe added.

Saharawis – the majority of whom now live outside the territory in refugee camps – want a referendum on independence for Western Sahara, while Morocco, backed by France and the US, has offered the territory autonomy under Moroccan sovereignty.

Many Saharawis are reported to be frustrated at the failure of talks between their government, the Polisario, and Morocco towards a referendum on the future of the resource-rich country – which has phosphates used in fertiliser and could have offshore oil and gas.

UN peacekeeping efforts
UN peacekeepers have been deployed in Western Sahara since a 1990 ceasefire and the UN has been warning for some time that the conflict in Mali and destabilisation of the Sahel region has the potential to inflame tensions there. Where the majority of the Saharawi population now lives outside the territory, with more than 200 000 living in exile in south western Algeria alone.

Last week France's president, François Hollande, told the Moroccan Parliament on his first official state visit to the country that the situation in Western Sahara was "detrimental" and the revolt by al-Qaeda-linked extremists in north Mali made it "more urgent to put an end to this situation".

Mali's government admitted that extremists from north Mali were entering neighbouring countries but said that all the states in the region were working together to coordinate their actions against the threat.

"All the countries in the region are working together to counter these terrorists," said Manga Dembélé, the Mali's minister for communication. "We knew that the French troops would begin withdrawing once operations to secure Mali had been conducted, and now we will continue coordinating with our neighbours." – Guardian News and Media 2013