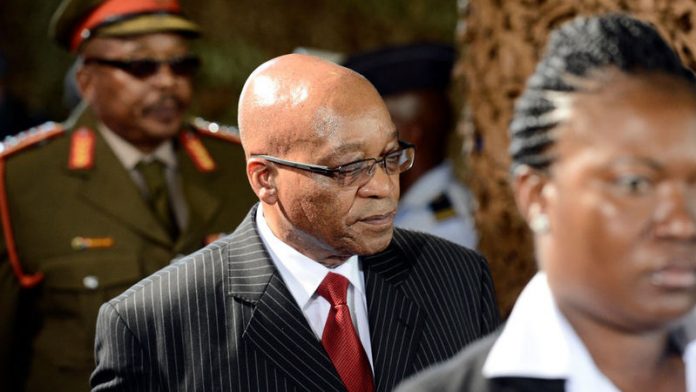 The report on Wednesday added that Zuma's case was dismissed after he failed to respond to an interim court order in the case.

Judge Willem Louw on Tuesday granted the application, submitted by Media24 on behalf of Rapport.

Willem de Klerk, Rapport's attorney, said the lawsuit between the president and Rapport was over.

"The judgment was not based on the material facts of the case. It was grounded on President Zuma's persistent failure to comply with the rules of the court."

According to De Klerk, Zuma was requested under court rules to submit documents relevant to the proceedings and Rapport's legal team, but he did not do so.

'Picnic with Dingaan'
"After multiple requests, we obtained a court order compelling him to respond to our request. He didn't respond. After that we submitted an application to have his defamation case rejected."

Zuma's claim was related to an article and photo published on December 30 2007 in Rapport.

Under the heading "Piekniek by Dingaan [Picnic with Dingaan]" a picture was published of Zuma in the company of comedian Leon Schuster and singer Steve Hofmeyr.

After the article was published, Zuma in 2008 responded saying: “Freedom of speech is one of the cornerstones in our democracy. As an ordinary South African I have the right to take someone to task if I believe his comment about me was unfair and unbalanced.”

Beeld reported in October 2012 that other cases involving Zuma that were still running included: