Banking on a better future 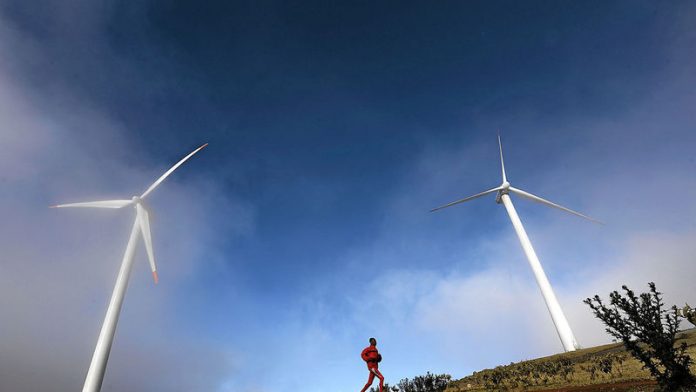 Banks have the leverage to focus business minds on environmental sustainability. In 2005 and 2006, for instance, Nedbank won Greening the Future awards for pioneering environmental risk as a strategic lever in evaluating potential clients.

The bank is a longtime champion of green causes. It launched the Green Trust in 1990 and has since donated more than R80-million to support nearly 150 major conservation projects, with a focus on community-based conservation.

Over the years the focus of the Greening the Future judges panel has moved beyond marketing, staff initiatives and green buildings, said Karin Ireton, a long-serving member of the panel who is the director of group sustainability management at Standard Bank.

"Increasingly the Greening judges are looking for a fundamental change to business as usual, rather than a once-off project," Ireton said.

"Eco-projects and corporate social investment spending were the 'greening model' 10 and even five years ago, but now customers want real action. "In order to truly embrace green values, a business must use them in daily practice and reduce its resource-use footprint," she said. "Banks must also become exemplary corporate citizens by funding only environmentally and socially sound projects."

Companies usually enter awards when they reach milestones. To expect superlative leaps in greening progress on an annual basis is unrealistic. And it is becoming harder for projects to stand out, Ireton said.

FNB and Wesbank have both won Greening the Future awards. Standard Bank has been recognised for financing renewable energy projects, and Absa for funding the purchase of green vehicles. All proudly boast offices in green buildings.

The judges also have to bear in mind research such as the Bankrolling Climate Change report, released by BankTrack — a global network of civil society organisations and individuals tracking the operations of the private financial sector. The 2011 report examined the portfolios of 93 banks globally, looking at how they had financed and invested in coal-fired power plants, a prime source of carbon dioxide emissions.

A company that has undeniably been spurred on to ever greater heights by the Greening the Future Awards is Woolworths. Its sustainability report says it all: each year the targets get higher and the complexity of its green focus gets deeper within its business sections.

Justin Smith, head of the sustainability division and a former Greening the Future judge, said awards mean recognition, which is good internally for motivating the business team and externally because it contributes to a company's credibility as the recognition comes from an independent panel of expert judges.

"One of the main benefits of awards like Greening the Future is that companies have an opportunity to communicate their green innovations to their peers. This serves to share information and inspire competitors to go green too," said Smith.

Jeunesse Park, founder of Food & Trees for Africa and a Climate Reality Project leader, said winning a Greening the Future award had encouraged the organisation to expand its greening efforts.

"Business in South Africa is starting to incorporate more sustainability and climate change action, but we still need to encourage companies to do a lot more to ensure enough for all forever," she said.

Brigitte Burnett, Nedbank's sustainability manager, said winning the awards had helped to encourage the bank to "embed sustainability in every area of work. We now have a three-pronged approach: responsible lending, influencing partnerships and managing our own operations."