Raised in the shadow of an absent and famous mother 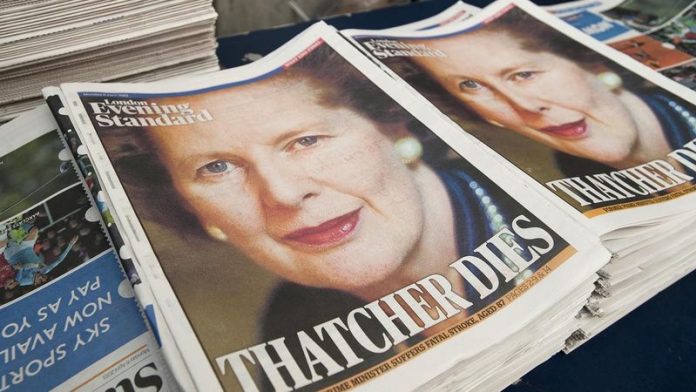 The lives of Mark and Carol offer an almost 60-year lesson with two very distinct aspects: the difficulty of making your way in the world in the long shadow of such a famous parent, and that twins can become very different people.

Both have enjoyed what would for almost anyone else be seen as successful careers – a multimillionaire businessman and a well-known journalist and TV personality – but both have suffered the inevitable comparison with their mother and ­suspicions that at least some of their success came thanks to the family name.

Carol Thatcher, a popular if eccentric TV personality, won a series of ITV’s I’m a Celebrity … Get Me Out of Here in 2005. Her TV career came to an abrupt halt in 2009 when she first likened black tennis player Jo-Wilfried Tsonga to a golliwog, and then seemed unable to see why this could be seen as offensive.

Mark was his mother’s clear favourite. The extent of her devotion was most publicly shown in 1982 after he reinvented himself as a racing driver, took part in the Paris-Dakar rally, and went missing for six days in his Peugeot 504. She was visibly upset, saying later the scare put her other worries “into perspective”.

Mark’s subsequent life can be summarised as amassing money and notoriety in more or less equal measure. He was involved in a series of lucrative deals in the Middle East, amid various claims he was greasing the wheels with his mother’s reputation. In 1987 he left Britain and moved to the United States, where he married Diane Burgdorf, an heir to a second-hand car business fortune.

A peripatetic life
The couple, who went on to have a son and a daughter, moved to South Africa, where in 2005 Mark received a four-year suspended jail term for his involvement in allegedly helping to finance a coup led by his friend, Simon Mann, in Equatorial Guinea. Since then he has lived a peripatetic life, divorced from his wife and at one point being barred from entering the US to see his children.

Carol was very much the twin less favoured by her mother, something she has regularly explored in her own writing. She was notably more academically gifted than Mark, attending University College London before spending some time as a newspaper and TV reporter in Australia. She continued her career back in the UK, gradually building a reputation despite what critics termed an occasional reliance on chronicling her own parents. She wrote a behind-the-scenes account of the 1983 general election and a book and TV documentary about her father, Denis.

Carol became something of a minor celebrity through her TV work, notably as a roving reporter for the BBC’s The One Show. She has never married or had children.

In the all too common trajectory of less-favoured daughters, Carol ended up seeing considerably more of her mother in her last years than did her brother, nonetheless keeping a ­distinctly realistic attitude.

Asked about her mother’s complaints about not seeing her grandchildren often, Carol was unsympathetic: “A mother cannot reasonably expect her grown-up children to boomerang back, gushing cosiness, and make up for lost time. Absentee mum, then gran in overdrive is not an equation that balances.” – © Guardian News & Media 2013