Microsoft plan its own mini tablet in response to Apple 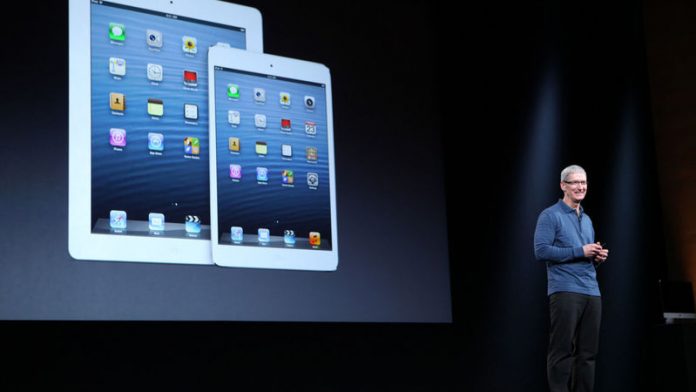 Microsoft is working with manufacturers to produce a line of small Windows-powered touchscreen devices to compete with fast-selling tablets such as the iPad Mini and Amazon Kindle Fire.

Peter Klein, Microsoft's chief financial officer, told investors and analysts on a conference call on Thursday that the new devices will be available in coming months at "competitive" prices.

Rumours that Microsoft would seek to compete in the fast-growing "mini-tablet" space have been growing over the past weeks.

Klein also hinted that an upcoming revision to Windows 8, codenamed "Blue" and due this year, will reinstate the "Start" button that has been familiar to Windows users since 1995. The changes will be partly due to "customer feedback", Klein said.

Earlier in April the research companies Gartner and IDC reported a slump in PC sales, with IDC blaming it in part on Windows 8 itself because it said the new interface was puzzling would-be buyers.

Yet Microsoft shrugged off a 14% slump in PC sales during the first quarter to report net income of $6.1bn (about R56.34bn), up 18% from $5.1bn a year ago, beating analysts' forecasts – though those had been trimmed last month in expectations that the poor computer shipments would have a deeper impact.

However the company did not release any figures for licence sales of Windows 8 – a figure that some had expected to hear. The last update on that came back in January, when it said it has sold 60m – though the majority of those would be to manufacturers who bundle Windows with new machines.

In adjusted figures, allowing for a $733m fine from the European Commission for briefly failing to offer a choice on browsers, and $1.1bn of "deferred" Windows revenue, overall revenues would have risen by 8%.

The "deferred revenue" came from a $15 upgrade offer to Windows 8 on Windows 7 PCs that were bought after 2 June: accounting rules meant Mcirosoft couldn't record the full value of those licences until the offers were either redeemed or expired. That meant that in the recent quarter it added that deferred revenue to its figures, for a huge boost.

At the company's largest division, Business, revenue rose 8% from a year ago to $6.3bn. The increase was 5% adjusting for upgrade offers for the new Office suite.

But the story for the Windows division would be less rosy. Including the deferrals, revenues rose from $4.63bn to $5.70bn, up 23%. But spreading the $1.1bn over the nine-month period since 2 June, and comparing it with the same period from 2011/12, revenues were up just 4% for a period including two quarters of the launch of a new version of Windows – usually a driver of growth.

Microsoft is trying to extend its software into smartphones and tablets as consumers turn away from PCs, the foundation of its empire. Over the winter, it launched two larger "convertibles" under the Surface brand, but sales so far have been slow, with analysts estimating the total at about 1.5m.

In October, the company took a large stake in Barnes & Noble's digital unit, which sells a line of entertainment-oriented tablets under the Nook brand.

Outside the Windows division, Microsoft posted solid results from its Office, software tools and Xbox divisions.

Even if the company has a lot of challenges, "there's a lot of good things going on at Microsoft," said Colin Gillis, an analyst at BGC Partners.

Microsoft also said Klein is leaving at the end of the fiscal year, in June. He has been in his current role for four years and at the company for 11 years. The company plans to name a new chief financial officer in the next few weeks. – guardian.co.uk © Guardian News and Media 2013