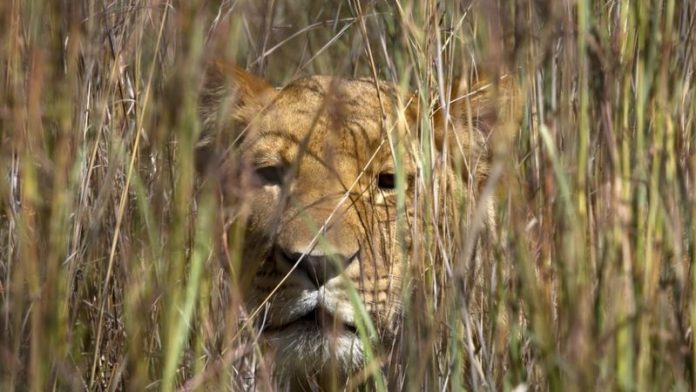 The YouTube video shows a playful lioness walking around a vehicle, where a hunter with a bow keeps trying to get a good shot at her.

Canned hunting in South Africa dominated headlines in the late 1990s and spawned a petition with 35 000 signatories asking for it to be banned.

But in South Africa it is still legal. The environmental affairs department's policy on this states that hunting gives the money that allows for the conservation of the Big Five, which are expensive to keep, and also helps take care of the smaller animals, which are less popular targets for hunters.

This has seen the continuation of the captive rearing and hunting industry. Answers to parliamentary questions and trade statistics from the Convention in Trade in Endangered Species have been collated by the local Campaign Against Canned Hunting, and they show that there are 5 000 lions being bred in captivity by 200 breeders. One lion is killed every day by hunters.

The system has also been exploited by people trading lion bones. With populations of big game such as tigers plummeting in Asia, lion bones have become a substitute in ritual medicines.

The legal hunting of rhinos has also been exploited by people looking for a way to get their horns. This has seen legal hunts being done by people who are not hunters, who then take the horns to sell them on the Asian market.