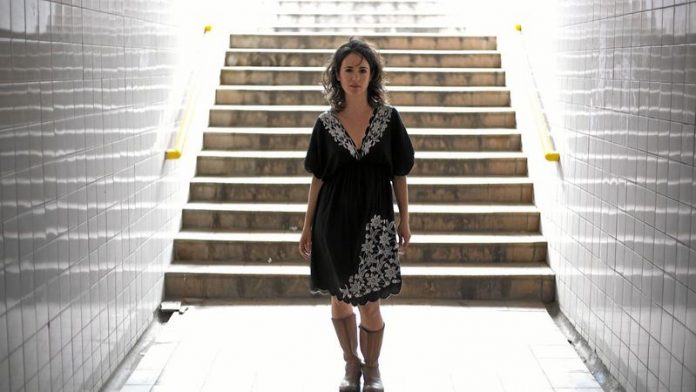 Describe yourself in a sentence.
They’re asking a novelist to write a character in one sentence, she thinks, picturing herself hunched over the keyboard, her thick blue cardigan bunching so the collar swallows her chin as she peers myopically at the screen and wonders, if she were the observer and not the subject, would she be interesting enough to appear in a novel of her own imagining; she frets that the answer is no and whatever she says will not be clever enough, or it will be too sardonic, so as to come across as unlikable, and most probably be badly punctuated.

Describe your ideal reader.
Everyone who reads my stories is my ideal reader. I’m grateful to any reader who invests their time and imagination in my work. And those who spend their money and buy the book, doubly so.

What was the originating idea for Sister-Sister?
A voice that kept popping into my head while I was writing the final chapters of [my debut novel] Gem Squash Tokoloshe. It said: “My name is Another and I have no soul.” My theory as to where that comes from forms the basis of the following paragraph of memoir: Although my family has Jewish roots, they tend to be either very secular or latent hippies (my grandmother wore tie-dyed kaftans and told me that people who died went to Summerland) so I wasn’t exposed to many religious concepts until I went to school. There, I was suddenly made aware of my immortal soul, the sins of thinking bad thoughts, hell, and Jesus. I got it into my head that the reason I was different to my peers was because I was an empty vessel without the means of getting into heaven. It didn’t occur to me that it might be because I was the only Jewish girl in the school (my brother was the only Jewish boy) in a society that frowned upon difference. That is most likely the root of my fascination with belief systems and how they affect cultures and the individual, and is the probable source of Sister-Sister.

Describe the process of writing the novel. How long did it take?
Think, research, write, rewrite, rewrite, rewrite on an ever repeating loop. Endless cups of tea and despair. Then three or four rounds of editing: slashing, rewriting, writing new scenes to fill in the blanks, reordering old scenes, shuffling chapters, amping up language, cutting back adjectives. Lots of meetings to discuss direction with the editor while drinking wine and eating sushi. Then the proofreaders have a go, and — voila! — a publication-ready manuscript. How long? Five years between moving country, buying a house and becoming a mother. I left divorce and death for the next book.

How important was it to escape your career in advertising to become a writer?
A career in advertising requires a 24-hour, seven-day-a-week commitment. Long hours, lots of all-nighters. There’s not much time for other creative endeavours. Novel writing requires a 24-hour, seven-day-a-week commitment because story lines and characters are always ticking in the back of your mind. The two aren’t good bedfellows.

Name some writers who have inspired you and tell us briefly why or how.
Tim Winton: I always keep one of his books at hand when I’m writing. I open it at random when I get stuck; he always unglues my mind.

Henrietta Rose-Innes: Any character she writes just steps quietly on to the page, fully formed, dragging their entire history behind them in the way they walk. I orchestrated an agreement in my publishing contract that I got to choose my own editor, then proceeded to stalk her until she said she’d edit Sister-Sister.

Wells Tower: I love the short story, and the United States is one nation that values short fiction highly. Of all the American short-story writers to emerge in recent history, he’s the best in my opinion.

E Annie Proulx: She resurrected the idea of making up words when the perfect one didn’t exist for what she wanted to say. I read The Shipping News when I was writing Gem Squash Tokoloshe and I loved that she made up the word “thunge” to describe the sound of ocean waves breaking on the shore. It drives editors and proofreaders nuts when I do it. Perhaps you have to win a Pulitzer first before they’ll let you.

Truman Capote and Susan Orlean: Both wrote nonfiction as if they were writing a novel. Reading them taught that careful research can produce something engaging and real, and that it’s better if facts sink into the background and do their job ­quietly.

Do you write by hand, or use a typewriter or computer?
Computer. I’m one of those writers who is going to leave very little behind in the way of journals or marked-up manuscripts when I die. Historical obscurity.

What is the purpose of fiction?
Reading fiction creates empathy. It makes the reader a better person, more tolerant, able to understand the world and the people they share it with better. Because, unlike film or TV, reading asks the reader to participate actively, to create characters and landscapes and all the emotions that go with it in their imagination. The purpose of other fictive media is to simultaneously entertain and educate, but the experience is far more passive.

Is there anything you wish to add?

Read local. Don’t just buy books according to the New York Times bestseller lists. There’s some fantastic, high-class South African fiction being produced, and I think it’s important we have stories of our own. We have something of value to give the world and South Africans just don’t read enough of their own writers. A nation without writers is a nation that leaves nothing of themselves to future generations.

All are one at Ubuntu.Lab

The crux of great horror writing