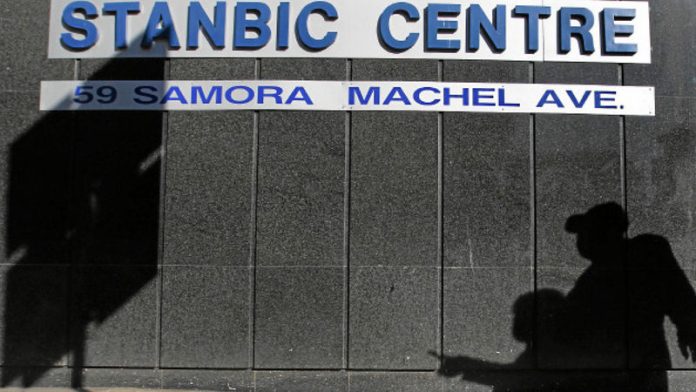 The collapse of Geozing Pawn­brokers, run by George Zingane, whose clients included senior police officers, prison officers, army officials and church leaders, came to light a month ago – after its director was hauled before the courts.

According to one investor, Siphethangani Ncube, who poured $4 000 into the scheme, some ­investors put up as much as $100 000 in the hopes that their investment would yield the promised 35% monthly return.

In a country where most banks offer between nothing and 4% in interest rates a year, Geozing Pawnbrokers became so popular that clients were taking loans from the banks and selling their cars and properties to invest.

A prison chief superintendent said that prison staff had invested heavily in the scheme because it was lucrative. He said that he and his ­colleagues would apply for loans from banks and channel the money into the scheme.

Ncube said that some of the investors, including Zimbabweans in the diaspora, signed up so that the investment could benefit their families at home.

Investigation
Geozing became the talk of the town until it attracted the interest of the Reserve Bank of Zimbabwe, which began investigating Zingane's operation two months ago.

Soon after the investigations began, Zingane revised the promised yields down to 20%. This triggered a run on Geozing Pawnbrokers as ­panicky investors rushed to withdraw their investments.

Unsurprisingly, Zingane could not pay his investors, which led to ­several of them instigating court cases against him. He was initially charged with committing fraud, but the charge was later changed to violating the Banking Act.

The police, according to media reports, said Zingane did not misrepresent himself to his clients as he had entered into contracts with them. Nine of the investors – Justin Sibanda, Bothwell Makoni, Leon Muvirimu, Felistas Sibanda, Givemore Makunde, Frederick Sibanda, Costa Musandipa, Pattson Ncube and Jonathan Dube – recently took the company to court in a bid to recover their money. Brighton Ndove of Marondedze, Ndove and Mukuku legal practitioners has been hired to represent them.

The Mail & Guardian has discovered that so far more than 20 urgent applications have been made and several summonses issued at the Bulawayo Small Claims Court.

According to lawyers, more claims are expected to be laid against Zingane and Geozing as more investors approach law firms in a bid to recover their funds.

Court officials told the M&G that several other investors have been turned away by the court because they had completed the summons documents incorrectly and had not yet resubmitted them.

High roller
According to media reports, Zingane – who has been granted bail – was a high roller, with a fleet of more than 50 personal vehicles.

Some of his clients recently raided his car sales business and his home in Waterford, where they allegedly seized 14 luxury vehicles. They have threatened to sell the cars unless he pays them back.

Zingane has faded from the public eye. The M&G tried all three of his cellphone numbers, but did not succeed in contacting him. His offices in the city are locked and deserted.

His only method of communication seems to be through press advertisements.

"Recent reports to the effect that Geozing Pawnbrokers has defrauded those it contracted with are unfortunate and untrue," reads an advertisement Zingane posted two weeks ago.

In the advertisement he also says that Geozing is a sound business and promises to pay all outstanding money owed to investors.

Pyramid schemes are not a new phenomenon in Bulawayo; in the 1990s many residents lost their homes and other properties after they invested in a scheme that promised double returns on two-day investments.