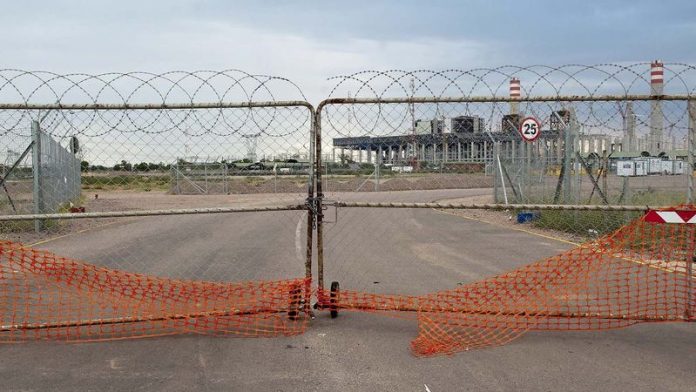 The trillion-rand plan to build a fleet of new nuclear power stations is not only costlier than expected, but may be entirely unnecessary, according to the research initiated by the commission.

It also warned that the department's commitment to a massive nuclear push could ratchet ­electricity prices up by as much as 12% compared with alternative scenarios.

But in a stinging rebuke, the department's energy policy and planning head, Ompi Aphane, dismissed the report as "back-of-a-cigarette-packet energy modelling" produced by "a bunch of academics sitting in a corner … who do not have a full view of what the government is doing".

The policy battle is an early test of the fledgling commission's mettle, which has been entrusted with developing government's guiding socioeconomic framework, the national development plan, over the next 20 years. The early indications are that the report has been met with irritation, if not outright hostility, by the energy department, which has hitherto been the undisputed custodian of the country's energy policy.

Said Aphane: "The NPC would not have any business going into the nitty-gritty of electricity supply- demand analysis. That is not what the national plan is going to be looking at. It is at a much higher level of planning."

Point of no return
Magubane has raised the stakes in the past, stating that the government would reach a "point of no return" on a new nuclear build decision by June this year.

In direct contrast to Magubane's urgings, a key finding of the NPC report is that "there is more time for South Africa to make this decision … it is by no means a matter of urgency. The analysis also shows that even with a higher demand and lower nuclear costs, new capacity in nuclear is required only in 2029 and not in 2023 as per [the department's current plan]."

The department's planning is centred on the integrated resources plan 2010 (IRP2010), endorsed by Cabinet in 2011, which introduces 9600MW of nuclear energy into our future energy mix, coming on stream from 2023 onwards.

Because of the long lead times associated with nuclear power, decisions are being worked through now by the national nuclear energy co-ordination committee, chaired by Deputy President Kgalema Motlanthe.

Motlanthe has expressed his support for nuclear energy and the committee has proceeded on the basis that government has already adopted a nuclear policy and it is now a question of determining "how much nuclear, when".

But the research, which was conducted by a team of energy systems analysts from the University of Cape Town's Energy Research Centre, has called into question many of the assumptions contained in the integrated resources plan 2010 and urges the government to update its entire energy road map before embarking on any new procurement.

"Electricity demand growth has been much lower than forecast. It is still below 2007 levels, and future growth is expected to be lower than projected. If followed, the existing plan would result in surplus, stranded and expensive generation capacity," the analysts said.

Nuclear power is identified in the integrated resources plan as a long-term replacement for coal-fired base load and would enable South Africa to reduce its carbon emissions in line with its global commitments.

"Many of the low-emission alternatives to nuclear capacity (imported hydro, wind and natural gas) can be installed at lower cost, with shorter lead times, in smaller increments, thus reducing the risk of overbuild.

"The consideration given to flexible options allows rigorous testing of a proposed plan against various outcomes rather than just planning doggedly for one outcome. This approach has a great deal of merit, especially in the context of economic and demand uncertainty.

"The analysis performed clearly shows the importance of updating the IRP2010. Ignoring this new information and fixing decisions, including a large nuclear roll-out of large units on an outdated plan, is going to be costly to the economy.

"Due to the lower demand growth and the committed investment plans [Medupi, Kusile, Ingula and the 2011 renewable energy ministerial determinations] very little further investment is needed before 2025."

Anton Eberhard, a national planning commissioner, said that the commission and the department had already had "a number of interactions" about the national development plan (NDP) and that they would be meeting again to discuss the research.

Future projections
"While they have not been entirely comfortable with our position, they accept, of course, that nuclear cost, timing and financing risk needs to be adequately interrogated," he said.

In response, Aphane challenged the report for relying on "an 18-month window of depressed demand" to make future projections.

He also suggested that demand projections needed to be determined in consultation with stakeholders in government and industry to determine the country's future economic-development needs.

"The NDP's own economic growth aspirations are not supported by the demand curve assumed in this study," he said.

He also zeroed in on the fine ­distinction between the national planning commission itself and the researchers who conducted the report on the commission's behalf.

"The researchers are not in government and do not have a full view of what is happening in this space."

Aphane said that the department would, "within days", submit its overall energy master plan – the long-awaited integrated energy plan – to the Cabinet.

An extensive public consultation process will follow, after which the integrated resources plan will also be amended. But what nobody in the department is able to guarantee is that a nuclear decision will not be taken before the department has thoroughly retested its own assumptions and decided upon its overall energy master plan.