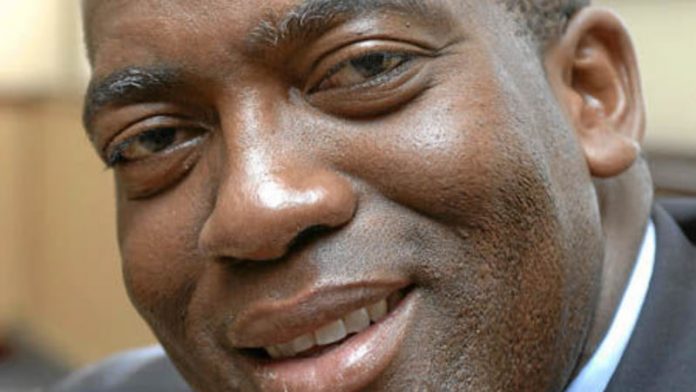 Top managers at PetroSA ordered irregular payments of R200-million during a feeding frenzy at the national oil company that involved a well-connected lawyer and a fund manager, detailed evidence suggests.

They also appear to have risked another R800-million in potential liabilities, raising the total in questionable spending decisions to a ballpark R1-billion.

Allegations that some of the ­payments involved kickbacks remain unproven, but a former director has told the police he believes anti-corruption laws were broken, and ama­Bhungane has found evidence of a large, unexplained payout to an unidentified third party.

AmaBhungane has reconstructed the events, which focus on the 10-month tenure of acting chief executive Yekani Tenza, from interviews with well-placed individuals, copies of documentary evidence and the former director's affidavits to the police.

Police specialist unit the Hawks confirmed this week that it was investigating PetroSA, and a probe by the Central Energy Fund, PetroSA's holding company, is said to be complete.

Implicated alongside Tenza, whose term at PetroSA ended last May, are Everton September, the company's head of new oil and gas ventures; George Sabelo, a Johannesburg ­lawyer tied to some Zuma family members; and Tshepo Mahloele, a fund manager who featured in a Mail & Guardian exposé last year about the ANC benefiting from a bank empowerment deal.

In the Ghana acquisition, Tenza and new oil and gas ventures head September negotiated "in reverse", agreeing among other things to pay an extra $20-million (R162-million then) for the target company.

On conclusion of the deal, Tenza had an R11.4-million "success fee" paid to Sabelo, the lawyer, who had accompanied him to final negotiations in London. Much of the success fee appears to have flowed onwards to an unidentified third party, raising corruption red flags.

In the petrol stations deal, transaction advisers HSBC were fired, incurring a R19-million cancellation fee; then Tenza replaced them with Mahloele's Harith Fund Managers, a much smaller local firm. On completion, Harith was to earn a success fee of R371-million or more – 10 times the R35-million HSBC apparently would have earned had it stayed on.

This was renegotiated to R187-million following Tenza's departure, but still dwarfed HSBC's fee. 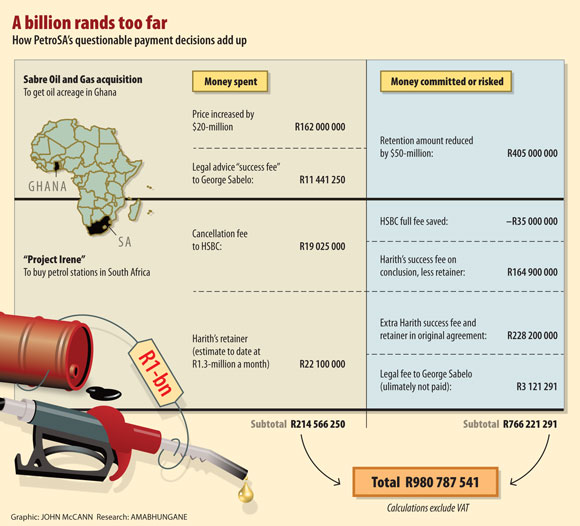 Also on the petrol stations deal, Tenza signed off on another invoice from lawyer Sabelo the day before leaving office, this time for R3-million. Bizarrely, Sabelo's claim for payment was simply dropped after PetroSA staff queried it.

'Empty goalposts'
Protests by PetroSA staff and board members, including its internal tax specialist, chief internal auditor, board audit committee chair and then-chief financial officer, culminated in November with Rain Zihlangu, then a director, laying a complaint with the police. He eventually submitted three affidavits.

Zihlangu said in the affidavits, two of which amaBhungane has obtained, that he felt compelled to request an investigation as he suspected corruption. He declined to comment this week.

One affidavit said: "Having been a board member of PetroSA since 2006, I had never encountered such blatant abuse of public funds and the flagrant flouting of all procurement policies as was done by Mr Tenza whilst he was the acting … CEO of PetroSA."

Zihlangu likened Harith's appointment to placing a player "to simply kick the ball [through] empty goalposts", as HSBC had already identified a target company to acquire and done much preparatory work.

The same is alleged about Sabelo's appointment to advise on the Ghana deal – the bulk of the work had allegedly been done by PetroSA's legal department and a large firm of attorneys. The little work that remained Sabelo largely outsourced to another firm for a fraction of his fee.

Both appointments bypassed PetroSA's procurement rules, which appears to have been one of the matters that sparked the interest of the Central Energy Fund, as its holding company. In a statement last month, it said a preliminary investigation ordered by Energy Minister Dipuo Peters had "unearthed inappropriate executive override of internal control systems at PetroSA" and that it "makes serious allegations against certain ­current and former senior officials". On Thursday, Hawks spokes­person Captain Paul Ramaloko said: "I can confirm we are busy with an investigation that involves PetroSA, but cannot reveal the contents of that investigation."

Denials
PetroSA said this week that in its environment "swift decision-making and quick turnaround times are critical" but, "unfortunately, some deviations from our normal procurement processes have occurred".

It defended the terms of the Ghana acquisition, but said that the results of a board-commissioned review into the procurement deviations would be communicated to Peters, who as minister is the government's representative as shareholder. "To the extent that any impropriety has taken place, the board and, where applicable, the shareholder will take appropriate action."

At the time of going to press, Sabelo had not responded to detailed questions. Tenza defended his decisions at PetroSA, dismissing all claims of corruption or bribery. He said Sabelo's appointment was justified by reasons of urgency and the need for confidentiality, and that Harith's appointment had been approved by a board subcommittee on which other government stakeholders served.

Harith said in a statement that i was bound by confidentiality. "We are, however, confident that our appointment was concluded following a rigorous process … As an entity, we operate our business within accepted ethical standards and are confident of our skills set and experience within the investment space not only in South Africa but also internationally."

Editorial: We are rooting for Batohi

Trouble spills over at PetroSA