Starlight may reveal our solar cousins 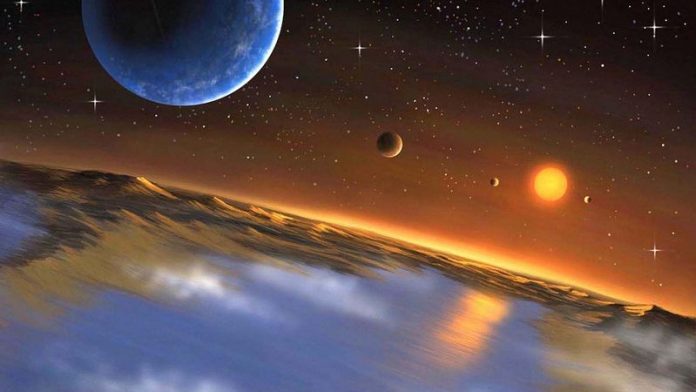 Two planets as friendly to life as the Earth have been found. Now, Harvard astronomers have told the Mail & Guardian that confirming the existence of life out there is just a matter of time, using an ingenious trick with starlight.

In an announcement mostly lost in the media blare of the Boston bombings in the United States last week, scientists from Nasa and Harvard said they had found sister planets 1200 light years away that were both cousins to the Earth. Based in the constellation Lyra, both are thought to be covered with warm oceans, beneath cloudy skies.

Using the Kepler planet-hunting spacecraft, the team found that the rocky planets – roughly one and a half times the size of Earth – were both in "the Goldilocks" zone from their star: neither too hot nor too cold for life to take hold.

This week, Gerry Harp, the director of the Search for Extraterrestrial Intelligence, confirmed that its radio telescope arrays would be trained on the pair on the chance that advanced civilizations had formed there.

Dr Lisa Kaltenegger, an "exoplanet hunter" at the Harvard-Smithsonian Centre for Astrophysics, leads the Kepler team, which is modelling what the planets and their atmospheres would look like. In an interview, she said her calculations showed that both must be pleasant, often overcast "waterworlds", with no dry land at all.

Crippling pressure
But 62E would be much more conducive to life, whether simple bacteria or mammal-like beings, than volcanic vents in Earth's deep oceans, which somehow teem with life far beyond the reach of sunlight and despite crippling pressure and wild heat changes.

Kaltenegger, who was this reporter's Harvard astrophysics instructor in 2010, is also pioneering a new field in search of "signatures for life" in the atmospheres of planets beyond our solar system.

She said the Kepler planets could well be swarming with aquatic life, and possibly even marine technologies, but that telescopes were not yet powerful enough to find the evidence.

However, the 36-year-old Austria-born scientist said the discoveries paved the way to finding the "smoking gun" evidence of alien life in star systems nearer to Earth.

All she has to do is find two gases – molecular oxygen and methane – in combination in the atmosphere of a distant planet and presto! We are not alone. That is because only biological activity can sustain oxygen when it would otherwise evaporate in the presence of a "reducing gas", such as methane.

Kaltenegger's approach to finding it lies in the secret behind starlight: the broken rainbow.

It turns out that the seemingly simple white point of light we see from a star is actually packed with a DNA-like trove of information. Spread out into its rainbow of colours under a spectroscope, each starbeam includes a unique fingerprint involving hundreds of shadow lines.

When light rushes out from the thermonuclear furnace of each star, it collides with heavier atoms, such as carbon and sodium, in the star's own atmosphere, leaving tell-tale lines on that rainbow spectrum.

Signatures for life
Just Google "solar spectrum", and you will see what "sunshine" really looks like under the proverbial microscope. The pair of dark shadows you will see in the burnt-yellow section of its rainbow, reflecting its strong sodium content, is our Sun's unique calling card.

The initial question for Kaltenegger and other astrobiologists was this: What would happen if that same bolt of light also passed through the atmosphere of an alien planet as it passed in front of its star before reaching our telescopes? Answer: More rainbow shadow lines. If she can find spectral lines for oxygen and methane, which a parent star itself does not have, she will have made a discovery on the scale of Hubble or Galileo.

Roughly 1000 extrasolar planets have so far been confirmed, but the vast majority are way too big or too hot for life to have a chance.

Until recently, the "signatures for life" technique was of little use, as most extrasolar planets were found because of wobbles in the orbits of their parent stars, tugged by the planet's gravity.

Most that were found this way were many times bigger than Jupiter and stiflingly close to their stars. But the Kepler mission finds smaller, Earth-like planets by patiently waiting for one to pass across the face of a star, momentarily reducing its light.

John Grunsfeld, the associate administrator for Nasa's science missions, said: "The Kepler spacecraft has certainly turned out to be a rock star of science. The discovery of these rocky planets in the habitable zone brings us a bit closer to finding a place like home.

"It is only a matter of time before we know if the galaxy is home to a multitude of planets like Earth, or if we are a rarity."