ANC says Mandela visit was in line with ubuntu values 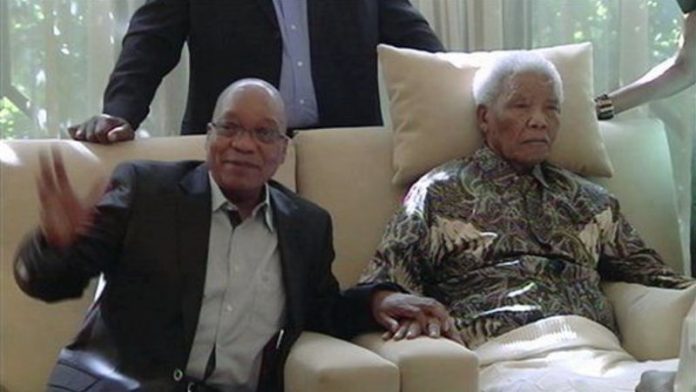 ANC spokesperson Jackson Mthembu released a second statement on Tuesday after being criticised in the media and on social media platforms.

Thousands vented their anger at the highly publicised visit on social media, prompting Mthembu to respond: "The African National Congress has noted the determined efforts by some sections of our society to degrade the visit of the national office bearers to comrade Nelson Mandela. It is indeed unfortunate that such views are expressed by some on social [media] platforms and translated by the media to mean the views of the majority of South African society expressing public outrage."

Mthembu said the visit was in line with the accepted norms of ubuntu. "We value our elderly; we take time to visit them and inform others on their condition. We maintain that president Mandela is a global icon, as the ANC we regard him as a leader of the people and we would want to keep the world informed of his condition. The video footage captured by the South African Broadcasting Corporation achieves this objective.

"It was in the public interest and where appropriate we will continue to update the nation, the continent and the world on the status of our beloved statesman and revolutionary icon," Mthembu said.

The ANC denied that the visit was a publicity stunt aimed at scoring political points and reinforce the ANC's Mandela legacy. "Such should never be used for political opportunism or to mask what we believe is the fear of South Africans to accept that president Mandela is mortal and aged."

Concern was raised in the media that Mandela was anything but in "good spirits", as the ANC claimed. "The African National Congress stands by its statements that president Mandela is in good health and in good spirits. We welcome the words of appreciation and thanks we have received from many, many South Africans expressing their gratitude that the ANC has shared with them rare and precious moments with president Mandela," Mthembu said.

"South Africans are called upon to appreciate that tata is 94 years old; he will thus be frail and not as active and energetic as we all fondly remember him. There is no reason to be alarmed by the visuals of an elderly person who clearly is receiving the necessary care and attention. Our sincere gratitude goes to his medical team and his family for their tireless and thankless care provided to president Mandela."

The global polio eradication initiative, involving governments, the World Health Organisation and other institutions, was launched in 1988. It took three decades of immunising children to eradicate the poliovirus on the continent
Read more
Friday

Taking its cues from the dimming of the hope suggested by rainbowism, ‘A New Country’ attempts to articulate the depths of betrayal South Africans feel
Read more
Advertising
Continue to the category
Politics