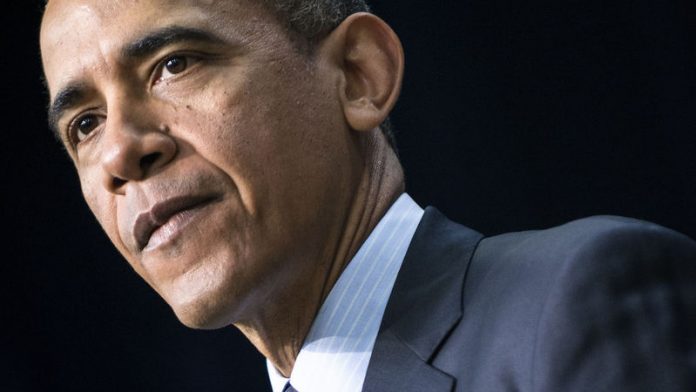 Declaring that he did not want any of its hunger-striking inmates to die of starvation.

At a press conference in Washing-ton, Obama said it was not sustainable to keep Guantanamo open, warning its continued existence was a "recruitment tool" for extremists. The president promised to take the issue back to Congress, which blocked his earlier attempts to fulfil a 2008 campaign promise to close the camp.

The United States military base has been rocked by a widening hunger strike that now officially involves at least 100 of the prisoners, 21 of whom are being force-fed. In response to the crisis, a 40-strong military medical team has arrived at the isolated base in Cuba to administer treatment to keep the protesters alive.

The hunger strike is said to have begun over allegations that guards mistreated Qur'ans belonging to the inmates. This has been denied by US military officials, but the strike has now come to symbolise more broader protests against the camp's existence – especially as most of the suspects detained there without charge have been cleared for release.

Obama said he did not want the protest to end in deaths, something many lawyers for those detained have warned is an increasing likelihood. "I don't want these individuals to die," Obama said.

The strike is believed to have begun on February 6 and initially involved just a few detainees. But the number taking part has steadily increased and the situation has rapidly worsened in recent weeks, creating headlines around the world.

More experience
Two weeks ago, guards attempted to break the resolve of those refusing food by moving detainees from ­communal areas and placing them in single cells, where they could be monitored more closely. That action led to violent clashes in which US troops fired four "less than lethal" rounds on inmates.

There are about 166 inmates at Guantanamo, of whom about half have been cleared for transfer or release. Nearly all inmates have been held without charge – some for as long as 11 years – and earlier this year the state department office meant to deal with resettling Guantanamo prisoners was closed. Lawyers and human rights advocates say that despair at their prospects meant that some form of protest by inmates was inevitable.

Obama said that he understood why the base had been created in the emotional reaction to the September 11 attacks, but insisted it was time to close it. "It is not sustainable," he said. "I understand that reaction. But we are now over a decade out. We should be wiser. We should have more experience in how we prosecute terrorists. This is a lingering problem that is not going to get better. It is going to get worse. It is going to fester," he said, acknowledging it was a "no-man's land" for inmates.

The only major trial to emerge from Guantanamo Bay has been a military tribunal held for alleged 9/11 mastermind Khalid Sheikh Mohammed and four others, which began last year. By contrast, Osama bin Laden's son-in-law Sulaiman Abu Ghaith, who was captured earlier this year, will be prosecuted in a criminal court in New York. That follows a more recent pattern of conducting all major terrorist trials in the civilian US judicial system. "We can handle this," Obama said.

It is not likely to be an easy task to shut the base's prison camp. Opposition to closing Guantanamo remains strong in many quarters, especially among hawkish Republicans. The issue is an emotional one for many Americans and also comes at a time when the country is still reeling from a recent terror attack on the Boston marathon.

In order to close the base and either release or relocate inmates, Obama is likely to need the support of Republicans who control the House of Representatives and are known for their hardline approach to security issues. But Obama said he was ready to make the argument that the camp's closure would make the US safer in the long run, ending what has become a catastrophic blight on its international reputation for human rights policy. –  © Guardian News & Media 2013