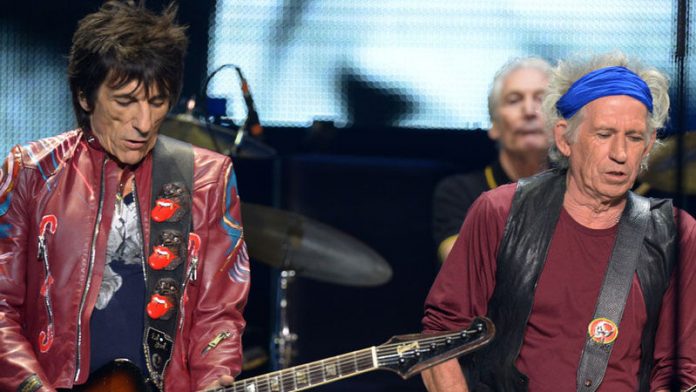 Could it be the tour too far for the Rolling Stones? Insiders are even speculating that the band will have to renegotiate the huge guaranteed fees for their American tour, which opened on Friday, as ticket prices are radically reduced in light of poor sales. A perfect storm of management hubris, fan indifference and technology change is threatening to turn the tour into a disaster.

Last week the band said it was dropping the price of thousands of premium seats – "flexing" in industry parlance – rather than play to half-empty arenas. The situation was so dire, one insider revealed, that the band's own allotment of tickets was released because of a lack of requests.

"Total disaster. Too expensive and no vibe on the shows … it's a terrible way to go out," a source said. He added that the band could hardly refuse if their reputed $20-million fees for the tour were revised. "What's the band gonna do? Say we're not going to play if you touch our gross?"

In the UK, by contrast, tickets for the group's two Hyde Park shows, priced from £95-£300, quickly sold out, although £750-plus hotel package tickets remain.

Although there was widespread grumbling about ticket prices after the Stones played in London and New York last year, it is since this tour reached the US West Coast and heartlands such as Chicago that outright hostility has emerged towards the band and its promoter, the giant AEG Entertainment.

"I have to give them respect for what they have done, but now they seem like an embarrassment," fan Cameron Bowman told the San Francisco Chronicle recently. "Seriously, how much more money do they need? I feel like they are in Donald Trump or Gordon Gekko territory – just money for money's sake."

Alienating blue-collar fans
By setting prices at $170 for a cheap seat, $635 for a top seat or up to $2 000 for a VIP ticket, the band alienated blue-collar fans who have kept their tours profitable through the decades. Their 2005 tour grossed £350-million.

This year is a different story. The Stones are playing in arenas holding from 10 000 to 15 000 people, not stadiums. In theory that should be more profitable – if fans will pay more for a closer view.

But the plan has backfired. The band has no new material to tour behind and its new management has allowed ticket prices, not the show, to become the story. By contrast, bands such as Fleetwood Mac and Tom Petty are selling out, but their tickets are a fraction of the price.

Playing in only a few cities – Los Angeles, San Francisco, Chicago, Toronto, Boston and Philadelphia – means it is less expensive to tour. But that plan relies on hardcore fans willing to travel – and they may not want to sit in an upper tier that's within their budget but farther from the stage. So they are sitting out the tour.

"They did everything backwards," said one tour veteran. "It was a last-minute decision to celebrate their 50th anniversary. A bit more thought should have gone into it because now they are up against all this summer competition."

The Stones have a history of pushing the boundaries of ticket prices; they were one of the first bands to adopt multi-tiered pricing. But now legitimate secondary ticket sellers such as StubHub.com allow artists to see exactly what people are willing to pay to see their show.

The escalation in prices is partly testing the top of the market and partly an effort to squeeze touts out of the business. But touts may be a necessary evil. They took the risk in buying tickets for resale and priced that into their business. Now the Stones are taking on that risk, they also take the chance of getting burned.