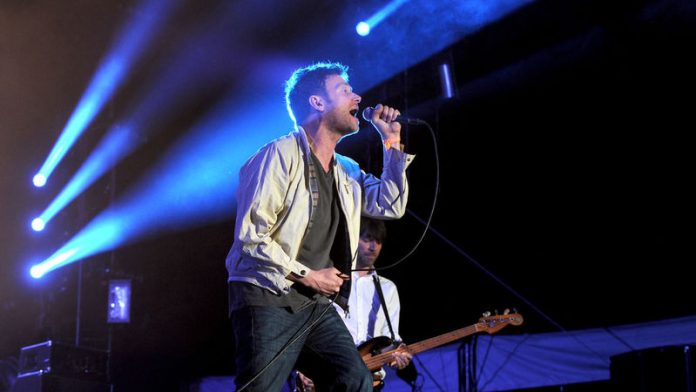 The Britpop veterans were continuing their grand reunion for a second summer when Albarn appeared to confirm fans' greatest hopes. Supposedly just commenting on imminent plans, Albarn seemed to also let the cat out of the bag regarding Blur's immediate future. And it sounds as if there could be a new album after all.

"We were supposed to be playing in Japan next week," said Albarn on stage during a live show in Hong Kong. "Due to unforeseen circumstances we were unable to go there, although we will go there at some point. So we have a week in Hong Kong, and we thought it would be a good time to try to record another record, so we're going to make one here in Hong Kong."

Albarn's surprise statement did not confirm whether the record might be a single or an album, and the prospect of recording an album within a week sounds unlikely. But it suggests that Blur are back into a creative space as a band. When the band reunited last year for a second time since their initial split, they released Under the Westway, a single written specially for their show at the Olympics closing cermony. Albarn said he had written the song imagining London "the day after the Olympics". The track was backed by the new-wave flavoured B-side The Puritan.

Blur's last studio album was 2003's Think Tank, completed in the midst of Graham Coxon's departure from the band.

Meanwhile, Blur have launched a digital tour diary, inviting fans to create a scrapbook of their 2013 tour by signing in via Facebook and adding their memories. – © Guardian News and Media 2013