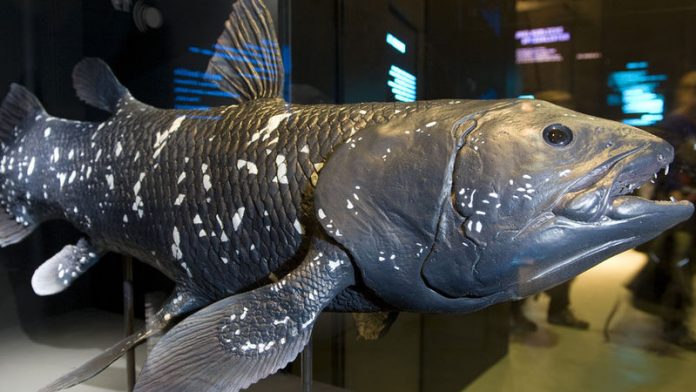 What is the most interesting thing, in your opinion, that the genome sequencing of the coelacanth revealed?
There are so many vignettes that we were able to put forth, including some that were not as developed. I cannot pinpoint just one of these stories.

Certainly, the general populace is probably the most interested in the value of the coelacanth for understanding how we, tetrapods [four-legged vertebrates], evolved limbs and other innovations that led to the conquest of land. We found that both losses of genetic elements and gain of genetic elements were important to this end. Despite the fact that the divergence time between land vertebrates and the coelacanth is over 400-million years ago, the coelacanth genome retained genetic signatures that are highly informative and empirically testable.

It is also perplexing that the coelacanth's genes seem to be evolving slowly, though the relationship of this slow evolution to its morphology and general biology, are still unclear.

You're the lead author of the paper in Nature. What role did you play? And what was the role of the South Africans involved?
Yes, I was the lead author. I submitted the petition [or the "white paper"] to the National Institutes of Health in the US to sequence the genome of the coelacanth in 2006.

This entailed taking the "assembled genome" from the Broad [Institute] and analysing it for interesting patterns and genes. I was adamant about having some experimental validation in our paper and indeed we showed a few empirical experiments in the paper that validated our inferences from the genome.

With respect to the role of the South Africans, Rosie Dorrington's and Tony Ribbink's letters are found in the appendix of the white paper. The South Africans [particularly professor Rosie Dorrington] helped move our project forward by providing the African coelacanth tissue sample that ultimately was used for the genome project.

To this end, Rosie [a professor in the department of biochemistry, microbiology and biotechnology at Rhodes University] managed to procure a blood sample through the channels she set up via the African Coelacanth Ecosystem Programme. Rosie sent me this sample in Seattle and we empirically deemed that the sample was sufficient in quality to use for the genome sequencing.

For a lot of reasons, mostly technical, it was a long while before the coelacanth genome was ultimately sequenced. In addition to Rosie, two other groups from South Africa were involved in the coelacanth genome project: Gregory Blatch [who is based in Australia and is the dean of the college of health and biomedicine at Victoria University] and Alan Christoffels [the research chair in bioinformatics and health genomics in the South African National Bioinformatics Institute based at the University of the Western Cape] have been involved in the analysis of the coelacanth genome and are co-authors on the paper in Nature.

The coelacanth genome has given us clues where to look to better understand how key genes and their regulatory elements have changed over time and have contributed to development of tetrapod-specific innovations.

Will you continue to be involved in coelacanth research, and – if so – in what way?
Oh yes. The genome sequence is really a gift to the community and provides a resource that can lead to many research projects by all scientists throughout the world. My own lab works on many aspects of its genome and will continue these studies.

The biggest problem with working with a genome such as the coelacanth is the difficulty in experimentally verifying our inferences. To this end, we and others employ surrogate systems to interrogate the coelacanth's genes. Two of these sorts of experiments are given in paper in Nature.

Dr Chris Amemiya is a professor in the biology department at the University of Washington. He is also part of the molecular genetics programme at the Benaroya Research Institute in Seattle. His laboratory explores the evolution and development of vertebrates, focusing on their immune systems and body plans.