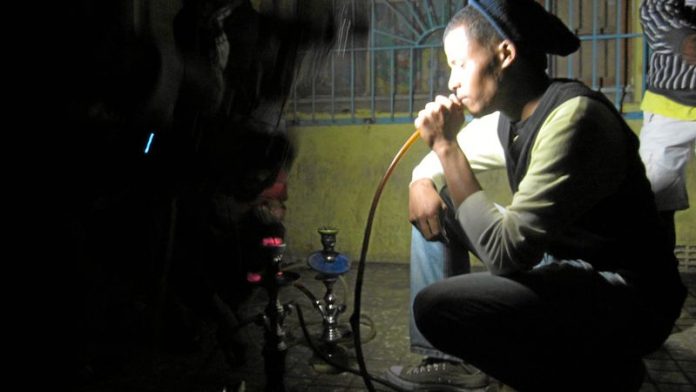 It comes as no surprise that a ­participant now appearing on the reality TV show about addiction titled To Hell and Back was cast after responding to an advert placed in the Mail & Guardian seeking out people suffering from lifestyle addictions.

Addicts used to be stereotyped as losers. But nowadays, they are understood to be highly intelligent and quite ambitious. In a nutshell, Mail & Guardian readers.

Ultimately, To Hell and Back provides a useful example for people undergoing puzzling life changes while trying to understand their evolving, or deteriorating, ­relationships.

The series is directed by Sharon Farr and Lee Otten of Shoot the Breeze Productions and it follows six South Africans on a 28-day rollercoaster ride.

The promotional material calls it “a journey of discovery, denial, ­confrontation, acceptance and hopefully, healing”.

The television medium now packages and sells salvation to those who are perceived as transgressors. One need only think of the hapless fatties on The Biggest Loser, who get pumped through purgatory in order to arrive at the final episode cleansed, streamlined and ready to take on the challenges of a better life.

As an aside, it’s not surprising that, in the wake of The Biggest Loser, gym instructors across the Western world have experienced a rise in harmful exercise addiction among those who have begun to believe in the cult of exercise (instead of rotting in front of their TV sets). So, folks with addictive personalities are damned either way, or so it seems.

The South African adaptation of international series such as My Strange Addiction and Intervention has its own odd proportions since it comes from our society with its ­idiosyncrasies. There is a gay Muslim guy who has succumbed to sex and drugs. There is a blonde woman who endured a childhood of abuse and who went low as a result of a later addiction. At the time of the making of the series, she was a Muslim convert trying to save a complicated marriage. There is a good-looking, professional black woman trying to maintain a relationship with her estranged child, drinking heavily and causing herself harm through bulimia. There is a portly Afrikaans man guiltily overeating while suffering rejection from his family. There is an angry young, coloured city slicker trying to come to terms with his sexuality while doing drugs on the street. And there is a professional, suburban family man with a mysterious personality disorder that nobody can quite put a finger on.

The location is Cape Town’s comfortable Harmony rehabilitation centre with its meditation rooms, sports facilities, farmyard animals in the gardens, meeting rooms and a swimming pool. Not a bad springboard from which to launch an important journey.

In most cases, the deterioration of the cast members’ lives meant that they would never be in a position to put themselves through rehabilitation at what is obviously an expensive facility. But in case you think that means their journey was relaxing, in the series there are two hard-arsed counsellors in attendance as an antidote to self-pity and to help put the addicts’ problems in perspective.

Watching the series, one is unaware that one is witnessing only half of the process. Behind the camera, another drama must have ensued among the crew shooting the series. Every now and then, one gets a glimpse of a crew member, but generally, their deftness ensures their invisibility.

In an interview with the M&G, Farr praised her crew, divided into two entities, for their prowess and sensitivity. “We were very careful to have a crew that would set the [addicts] at ease, that would be sensitive to the subject. And people who could go home and not fall apart,” Farr said.

“It was winter and I was leaving the house, on my own, and driving to Hout Bay in the dark, in the rain. I was spending between 10 to 14 hours a day, for six days a week, on site, with the [addicts] in the process.”

“I was arriving home in the dark, and for the first two weeks, I was dreaming about it all night.”

The series advertises itself as a 28-day rehabilitation experience and Farr is emphatic that I should not write about which characters come out on top and which may have relapsed. To know the truth, one has to watch the final episode.

“The crew learned a lot. There was such a lot of information that came out beyond just addiction and rehab. There are lessons about life skills and codependency. It’s applicable to anyone’s life.

“Issues are magnified there, but they are also just people battling on day after day … as we all are.”

Shoot the Breeze was the longtime producer of the religious series Free Spirit that showed on SABC2 on Sunday mornings. Its work has been seen at international festivals and on Al-Jazeera.

To Hell and Back shows on SABC 2 on Sunday nights at 9pm. After being broadcast, the episodes are loaded on to YouTube.