Da Vinci’s Demons: Bad in a rather special way 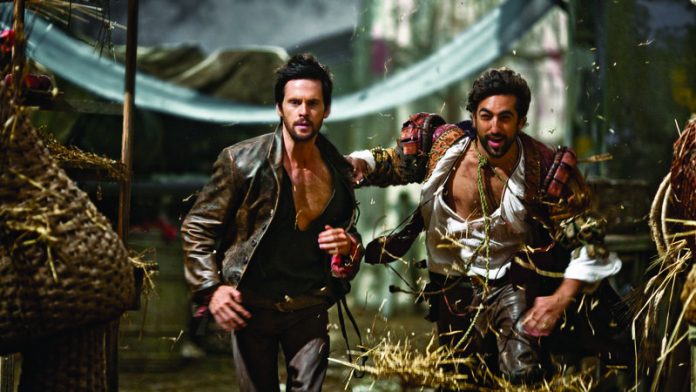 Let’s get this out of the way from the start: Da Vinci’s Demons, which is premiering on DStv’s recently  added Fox ­channel, is bad television. You should not be watching this show. However, it manages to be bad in a rather special and interesting way, which means it’s worth ­taking note of.

Most of the time, bad television shows are bad because they lack ambition. They are ruthlessly optimised for the purpose of generating enough advertising revenue to offset production costs. Television executives achieve this goal by keeping production costs low, and making the content as inoffensive as possible to appeal to the broadest demographic. That’s how we ended up with dozens of identical crime procedurals and televised talent contests.

Da Vinci’s Demons is not that type of show. It’s a quasi-historical fantasy centred around a fictionalised version of Leonardo da Vinci. It deals in the same themes that keep Dan Brown’s bread buttered: secret societies, religious conspiracies, and an evil pope. The sets are expensive, the plot is weirdly complex, and the whole thing is bound to offend someone. Whatever its flaws, the series cannot be faulted for playing it safe.

In this portrayal, Leonardo da Vinci (Tom Riley) is the latest incarnation of a trope that is rapidly becoming a favourite among television writers: the super-smart drug addict. Like Dr Gregory House before him, Leonardo is brilliant, acerbic and utterly disdainful towards social norms and authority figures. He is also a paranormal investigator, a martial arts prodigy and an accomplished womaniser.

Meanwhile, Leonardo gets sucked into a secret society called the Sons of Mithras, which is competing with the Vatican to find an ancient book filled with mystical technology. He goes on an opium-induced vision quest, assembles a variety of codes and keys, and discovers a map of South America. None of this makes the slightest bit of sense, but it all has the potential to be rather engrossing, in a guilty-pleasure sort of way. So where did it go wrong?

The problem is that the series indulges its own worst instincts. The direction is comically over the top. The sets are lavish, but they don’t look real. And the writing is absurd — characters stomp around, shouting out anachronistic lines like: “There are agents who would seek to weaponise the holy spirit!”

The series is so incapable of subtlety that it destroys any semblance of immersion. This is not to say that Da Vinci’s Demons should have been designed with the sensibilities of history PhDs in mind.

Da Vinci’s Demons is a British-American co-production that is shown on the Starz cable channel in the United States. Generally speaking, shows produced by American cable channels tend to be better than their free-to-air network equivalents, because their creators have more freedom to pursue their creative ambitions. In the case of Da Vinci’s Demons, that freedom gives it just enough rope to hang itself.

Da Vinci’s Demons is shown on Mondays at 9.45pm on Fox