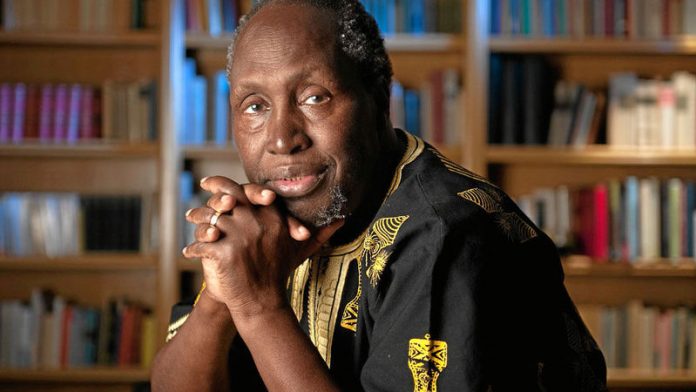 Mouse-clicking on "decolonising the humanities" is not the same as "hitting the panic button of academic freedom" — this much we can grant Suren Pillay's argument in last month's Getting Ahead ("Decolonising the humanities", April 5). These two pursuits have in fact become alarmingly divergent, with the former being "mainstreamed" in generalised "transformation"-speak and the latter rendered a toothless old white wolf cry.

Pillay's article set out to criticise humanities scholarship in South Africa for its Eurocentric limitations. The article gave its readers a lesson in intellectual history, emphasising the relevance of devalued lineages of thought for understanding the emergence of modernity.

However, it said very little about the humanities, even less about "transformation" and academic freedom, and least about justice. This is because it conflated form with content. The humanities do not figure in Pillay's analysis as a form of inquiry addressed to modes of communicative interaction, structuration of languages, texts and codes, forms of claims, arguments and judgments, processes of understanding and reasoning, and knowledge formation. Instead, they figure largely as conveyors of content formed by particular interests that can be judged good, bad or ugly, Afrocentric or Eurocentric, subaltern or hegemonic, for purposes of national pedagogy.

It is the content that features here as the object of contestation and "criticism" (mistakenly named "critique" in the article). It is the reduction of form to content that has made the humanities particularly vulnerable to ideological and party-political infusions, notably in the disciplines of education, theology, anthropology and history — past and present. Raising questions on academic freedom referenced to the form of scholarly inquiry in the humanities must indeed be felt as the prick of a thorn in the flesh of such instrumentalisations.

The prick is deflected, in Pillay's genre of analysis, with the aid of a national-democratic-rhetorical castigation of liberalism as the framework of academic freedom. However, by casting academic freedom as a lone and loony liberal individual right — that of freedom from external interference in academic research and teaching — the article missed its target.

Its straw figure has persistently emphasised that academic freedom is not only a matter of free speech on the model of individual rights. Considered in the context of multiple sites and kinds of transformation, often with contradictory goals and pressures, academic freedom is conditioned by the form of the state and the role it accords to higher education; by the changing faces, networks, and modes of transmission of knowledge; by the introduction of steering mechanisms brought to bear on enrolments and academic offerings; by the reconfiguration of disciplines and the reorganisation of the university and its mandate in relation to various sectors of society; by funding frameworks for academic teaching and research; by the introduction of corporate-managerial templates, policies, and monitoring functions; and by changing structures of governance over and within the universities.

Concerned about the combined effects of the interventions markedly changing higher education landscapes, rather than with the traditional definition of academic freedom, the Council on Higher Education launched an investigation into institutional autonomy, academic freedom and public accountability in 2005.

The findings of the investigation, published in 2008, brought to the fore a variety of problems threatening academic freedom.

The council's report pointed to the "risk in aligning universities with government policy choices not necessarily identical with constitutional imperatives (including academic freedom) for which higher education is responsible to society". The institutions consulted in the council's fact-finding mission "faulted government for a planning approach that is overly centralised, bureaucratic, opaque, generic and guilty of translating the public good into selective performance targets".

Disowning academic freedom hands the humanities over to the pitfalls of national consciousness, creating a transmission belt between national-liberationist discourse, modernisation theory and the corporatisation of higher education. In broad outlines, this scenario echoes experiences related of the severely circumscribed conditions of scholarship at numerous universities across the African continent (notably at Makerere University in Uganda and the University of Nairobi) noted with a sense of loss by African intellectuals writing since the early independence period.

Ulrike Kistner teaches philosophy at the University of Pretoria. She writes this in her public capacity (in the Kantian sense)

Educate for democracy in Africa