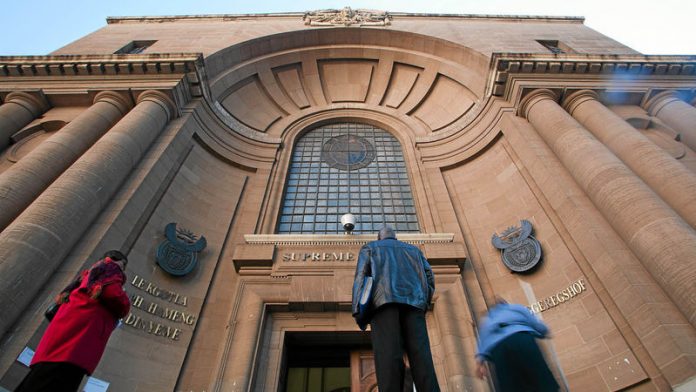 South Africa's major corporate law firms are still dominated by white men, especially in the upper echelons where the power – and will – to transform institutions lies, according to a new survey that examines the demographics of corporate law firms in the country.

The survey, conducted by Plus 94 Research, found that "senior positions [at law firms] seem to be dominated by white males": 100% of the chief executives of the 12 firms canvassed in the survey were white men.

According to the survey, 45% of all salary partners, 53% of all equity partners and 68% of all managing partners – the upper reaches of law firms – were also white and male.

Bonnie Meyersfeld, director of the Centre for Applied Legal Studies at the University of the Witwatersrand, said this scenario further entrenched racism, patriarchy and misogynistic behaviour and thinking at law firms from the top down, as these positions were "where the power plays happen".

"There is sexual harassment at law firms that ranges from references to physicality to something profoundly more hurtful and traumatic.

Meyersfeld added: "There are also very high levels of sexual harassment, which often is not even understood as sexual harassment – the notion that certain types of work can't be handled by women and that they need white males to take on certain cases. Or if one is to take a chance, the job is given to a black male."

National Association of Democratic Lawyers spokesperson Nokukhanya Jele concurred, telling the Mail & Guardian that the "old boys club" within law firms and at the Bar still clung to unreconstructed notions of race, gender and ability: "I've been told on more than one occasion: 'Don't bother reading the Public Finance Management Act, my girlie, you wouldn't understand it.' It's these sorts of mind-sets that become institutionalised by those at the top and require changing," said Jele.

Decline
The survey, conducted in association with the United States-based Cyrus R Vance Centre for International Justice, the Law Society of South Africa, the South African Legal Fellowship Network, Wits Law School and the M&G, canvassed 12 out of 51 law firms in the country that employed 21 or more legal professionals.

The survey found that though 53.4% of employees at firms are female, the number of white women is more than double that of black African women: 28.1% versus 11.9% of the total.

There is attrition of black female lawyers as they move up the corporate ladder: first-year and second-year articled clerks account for 23.6% and 24.5% of the total of black African women, respectively, but then decline to about 10% at the first and second years of associate level.

Of the total of white female lawyers, 13.1% are first-year articled clerks and 10.4% are second-year article clerks. There is a drop to below 10% at first-year and second-year associate levels (8.8% and 9.4% respectively) then they spike up to 27.5% for associates with three or more years' experience, followed by a dip to 7.8% salary partners and directors and another leap to 22.5% at equity partner or director level. At managing partner level 0.4% of white female lawyers are represented and there are no white female chief executives, the survey found.

White male mind-se
The survey found that though women made up a greater proportion of legal professionals, "they tend to be employed in fewer senior roles".

White men and women "make up over half of all legal professionals employed at the participating law firms", according to the survey. There were more white lawyers in senior positions than any other race group: 68% of salary partners, 79% of equity partners, 79% of managing partners and 100% of chief executives.

Disabled employees made up just 0.6% of all legal professionals at firms participating in the survey.

Legal professionals said the domination of a white male mind-set –with its accompanying conservative outlook on race and gender, and when combined with issues of class, culture, assimilation issues, access to professional networks and finances – were serious obstacles on the path to transformation and repercussions are felt all the way through to the judiciary and its transformation.