Blackberry vs Microsoft – the desperate struggle for third place 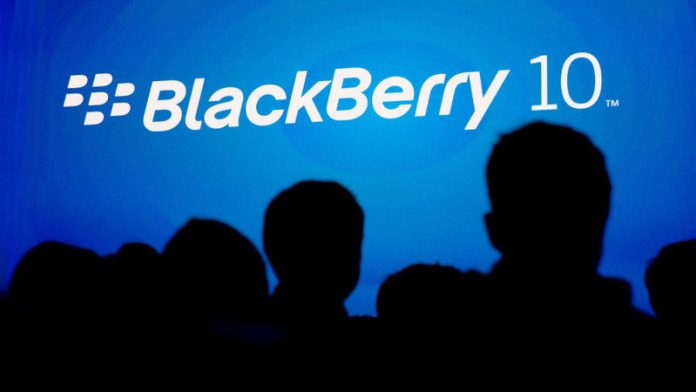 Few people remember third place. Whether in sport, science or business, there's little glory attached to the bronze medal. But two multinational giants, BlackBerry and Microsoft, are straining to be the third player in the burgeoning smart phone market.

The latest figures from IDC, an industry analyst, show a rapidly expanding global market for this new generation of mobile phones. Over 216-million handsets were shipped during the first three months of 2013, an increase of over 40% compared to the same period in 2012.

But the lion's share of that market – over 92% – is flowing to the two dominant platforms: Android (owned by Google and licensed to manufacturers such as Samsung) and iOS (owned by Apple). Between them, Microsoft and BlackBerry scrape together just over 6%, down from 8.4% in the first quarter of 2012.

This aggregate figure obscures important details. In quarter one of 2012 BlackBerry (formerly Research in Motion) sold nearly 10-million phones. In the same quarter this year it shipped only 6.3-million units. Microsoft's device partners, on the other hand, shipped seven million phones – more than double their total from the first quarter of 2012. That puts Microsoft in third place for the first time in nearly three years.

Microsoft's Windows 8 operating system is finally starting to gain traction, reversing years of steady decline in the mobile market for the software giant. It's unclear whether Nokia, Microsoft's biggest device partner, is seeing any growth in its smart phone business, but increased demand for Windows 8-powered phones can only be good for the beleaguered Finnish manufacturer.

The much trumpeted launch of BlackBerry's new line of phones, powered by the BB10 operating system, has yet to produce any positive results. To be fair, its newest handsets only reached most consumer markets in March or April so it's too early to see any real effects.

But two key decisions are likely to make the going even tougher for the Canadian smartphone giant. The first is its decision to exclude BlackBerry Internet Services (BIS) from BB10.

Initially conceived as a way to shield business customers from industrial espionage, BIS evolved into a mechanism for offering flat-rate, "all you can eat" data services. In bandwidth-poor countries such as South Africa, this proved a huge hit for BlackBerry, attracting millions of customers who wanted the freedom of unlimited email and browsing without the fear of high data costs.

This business model always had a limited shelf life. Bandwidth prices are plummeting in most countries, making BIS less attractive to many consumers. And like any unmetered service, BIS has always been rather slow, patchy and prone to abuse. Last year, Vodacom discovered a local teenager who figured out how to download hundreds of gigabytes of data a month via the service.

Arthur Goldstuck, a local technology analyst, believes that the loss of BIS is not as deadly as it might first appear. In a recent interview he said that “initial indications suggest there is a huge appetite for current and new BlackBerry devices among feature phone users. The brand momentum for BlackBerry is still strong.”

What I think Goldstuck fails to appreciate is that BIS is an emotional proposition, not a logical one. When I talk to BlackBerry customers about the end of BIS, the reaction I see is naked fear, not rational disappointment. Horror stories of people leaving the BIS fold only to be hit with enormous bills for data are a standard trope among BlackBerry loyalists. These customers feel betrayed and abandoned by the brand.

So why cut BIS? Simple: the company has realised that it can't offer the same quality of service on BIS that open, metered networks can. By baking BIS into its next generation of phones BlackBerry would have crippled its beautiful new handsets. It was difficult sacrifice for the company, but a necessary one. It's not yet clear whether customers will see it that way.

The second decision that will make the fight harder is the opening of the BlackBerry Messenger service (BBM) to users on the other major platforms starting with iOS and Android. BlackBerry assumes that this move will make the BBM network more useful to current customers, and encourage them to stay loyal to the brand.

In reality the opposite is just as likely to happen: many frustrated BlackBerry customers are staying only because the private BBM network they have built up over years is so intrinsically valuable to them. Now they have a way to leave BlackBerry without losing access to this network.

Microsoft has no such worries. Its core business – desktop software – is still producing healthy profits, which buys it time to experiment with its mobile strategy. It's never had a market big enough to be worth fretting about so it isn't hamstrung by expensive legacy systems or awkward agreements with mobile networks.

Compared to BB10, Windows 8 is a clean slate, and one that meshes neatly with Microsoft's new desktop and "cloud" offerings. It has huge momentum in the corporate market and a six month head start on BlackBerry (Windows 8 was released in October last year).

Given its deeper pockets and richer ecosystem Microsoft is the safer bet to take the number three spot in the medium to long run. BlackBerry is likely to live on as a niche provider to those paranoid about snooping and in those countries where its brand is still strong. One thing is certain though: short of a miracle, BlackBerry's glory days are all in the past.