Andy Murray ‘not fit to compete’ at French Open 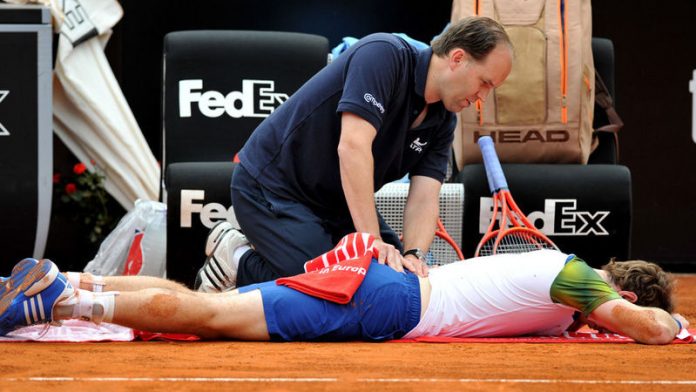 Murray aggravated his lower back at the Italian Open last week.

"It's a really tough decision and I love playing in Paris, but after seeking medical advice, I am not fit to compete," Murray said in a statement released by his management company on Tuesday.

"Apologies to the organisers and thanks to everyone for the messages of support. Now my complete focus is on getting back on the court as soon as possible."

Murray retired injured in the Italian Open second round in Rome on his 26th birthday last Wednesday after levelling his match with Spaniard Marcel Granollers by winning the second set.

"I'd be very surprised if I were playing in Paris," he said after having treatment on court. "I want to make sure that it's something that I can sort out. It's not enjoyable to play now."

The French Open, which starts on May 26 at Roland Garros, will be the first grand slam Murray has missed since Wimbledon in 2007 when he had a wrist injury.

He will now focus on preparing for the grass court season and set his sights on being ready to play at Queen's Club, the warmup event for Wimbledon starting on June 10. – Reuters