Gore, heists and frontrunners: Behind the scenes at Cannes 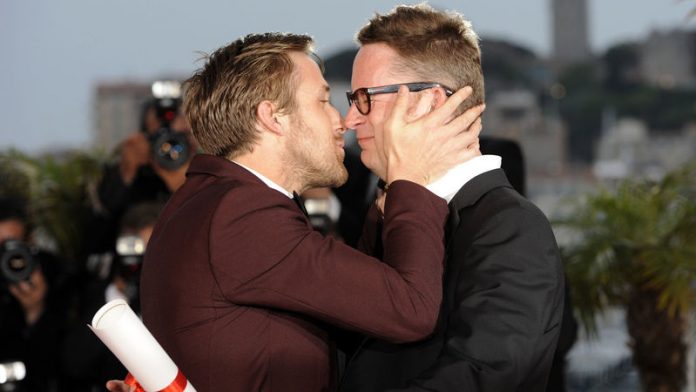 Many boos at the press screening of Only God Forgives, an ultra-violent gangster drama pairing Ryan Gosling and Kristin Scott Thomas under the directorial baton of Nicolas Winding Refn.

Gosling's return to the screen with Winding Refn had been hugely awaited after 2011's Drive.

But critics who watched the Bangkok-set tale winced at the splattered blood and gasped at a dialogue in which the Scott Thomas – who normally has a cut-glass British accent – plays a garishly garbed American crime mom.

At one point, her character is told that her son has raped and killed a 16-year-old girl. "I'm sure he had his reasons," is the reply.

Jerry Lewis
Those hunting for an example of the "French exception", in which France embraces a taste in defiance of world opinion, need look no further than Jerry Lewis.

In the 1950s, Lewis became a huge star in the US, along with Dean Martin, for slapstick comedy. After his gurning style fell out of favour, he became famous to later generations for telethons to fight muscular dystrophy.

In France, though, Lewis has always been prized as a cultural asset, continuing a burlesque form embraced by Buster Keaton and Charlie Chaplin.

On Thursday, Lewis gets a Cannes salute – the premiere of Max Rose, his first leading film role in 18 years, in which he plays an ageing jazz pianist whose wife has died.

Last week, Chopard jewels worth a reported $1.4-million were stolen from a hotel room. Then an apartment rented by Zhang Qiang, vice-president of China Film Group, was burgled.

The latest heist happened at a five-bedroom villa rented by US movie executives Kevin Khanna and Steve Richards, respectively managing director of CIT Group and chief operating officer of Silver Pictures, according to the movie industry press.

"In the span of an hour, they had gotten into the house through the roof and gone through all our rooms," Khanna told the Hollywood Reporter.

"They only took cash, laptops, iPads and women's jewellery, but left our passports and credit cards. They were very professional."

Frontrunners
With four days left to go, the Coen Brothers' dark comedy, Inside Llewyn Davis, is the hot favourite for the Palme d'Or, the festival's best film award, according to a tally of critics' reviews by industry paper Screen.

Inside Llewyn Davis tells the tale of a young folk singer in early 1960s New York, struggling against bad luck and his own flawed character.

Second in line, according to the critics, is A Touch of Sin, a grim portrait of corruption and exploitation in modern China by Jia Zhangke.

An all-star jury of movie veterans, led by Steven Spielberg, will decide. But Cannes is famous for left-field choices. – Sapa-AFP