Obama to take new look at war on terror 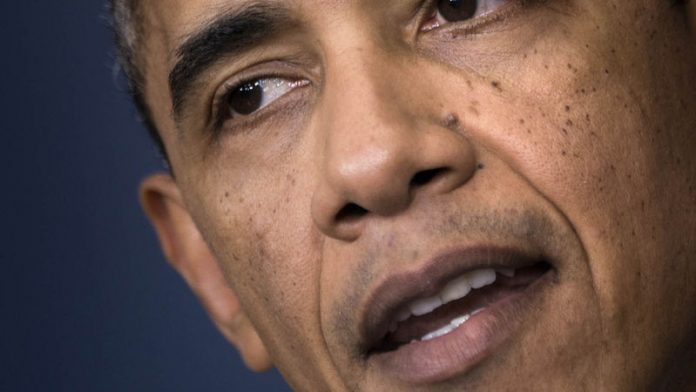 Obama will make a speech on Thursday reframing US anti-terror policy that will shape his presidential legacy.

Obama faces pressure to honour promises of transparency and to confront an evolved threat of new al-Qaeda-inspired franchises and homegrown radicals, like those behind the Boston bombings.

He will argue at National Defence University that the threat of terrorism has sharply changed since the September 11 attacks in 2001, after US forces decimated al-Qaeda's core in Afghanistan and Pakistan, an aide said.

And the president will detail new threats from "al-Qaeda affiliates, localised extremist groups, and homegrown terrorists," the official said.

Obama is fresh from a re-election campaign that touted the killing of Osama bin Laden as proof of aggressive anti-terror credentials, but he has been dented by Republican criticism of his handling of the Benghazi attack last year.

He has a high bar to satisfy civil libertarians demanding a public accounting of the legal footing of drone strikes in Pakistan and Yemen.

Hawks, meanwhile, will pounce at any sign of softness, and intelligence and military professionals on the front lines will also watch keenly. Early indicators of the speech were seeping out late Wednesday.

The administration admitted for the first time that it killed Yemeni-American cleric Anwar al-Awlaki in a drone strike in Yemen in 2011 – and three other US citizens also died in anti-terror strikes abroad.

Awlaki's killing prompted a fierce constitutional debate over whether the president has the right to order the death of a US terror suspect without offering due process.

Guantanamo Bay
The Wall Street Journal reported that Obama would soon resume transfers of inmates from Guantanamo Bay, where 103 of the remaining 166 inmates are on a hunger strike that threatens to further stain the US image abroad.

He may also name a new high-level official to manage the closure of the camp and could transfer CIA drone war functions to the Pentagon. Obama's management of counterterrorism policy reveals some contradictions and complications of his presidency.

He is a Nobel Peace Prize winner who presides over a "kill list" of terror suspects in a secret war in Pakistani tribal areas and in Yemen.

And nowhere is Obama's struggle to turn the rhetoric of change into results more marked than in his failed effort to shutter Guantanamo.

Obama has blamed fierce opposition in Congress for the halting of transfers – though imposed his own moratorium on sending inmates home to unstable Yemen.

He appears troubled by opacity surrounding the terror war and anxiety over how his eventual successor will wage it.

"I am not somebody who believes that the president has the authority to do whatever he wants, or whatever she wants, whenever they want, just under the guise of counter terrorism," Obama told a Google forum.

Still, he will counter critics of the shady drone war against Islamic radicals, by arguing the tactic is "necessary, legal and just".

Sustainability and transparency
But many legal and moral questions surround a program that, until recently, his aides refused to acknowledge.

"The big question is transparency," said Dixon Osburn, director of the law and security programme at Human Rights First.

"There has not been a very clear and crisp description of the legal and policy framework for the targeted killing program."

There is also debate on whether the program, fiercely unpopular in places like Pakistan, is sustainable over the long term or counter-productively acts as a recruiting tool for radicals.

Obama's frustration over Guantanamo spilled out in a recent press conference.

"It is expensive. It is inefficient. It hurts us in terms of our international standing. It lessens cooperation with our allies on counterterrorism efforts. It is a recruiting tool for extremists," he said.

But issues thwarting the camp's closure are as thorny as ever, and US officials are haunted by the question of what to do with remaining inmates.

"If it were easy to close it, I would say 'hey, go for your promise, close it down,'" said Steven Bucci, a former US special forces officer and top Pentagon official now with the conservative Heritage Foundation.

"It is really not that easy a thing to do, because what do you do with these guys?" The White House accuses Congress of blocking Obama's bid to close the jail.

But last year, lawmakers gave the administration the power to waive, on national security grounds, limits it placed on transfers. – AFP