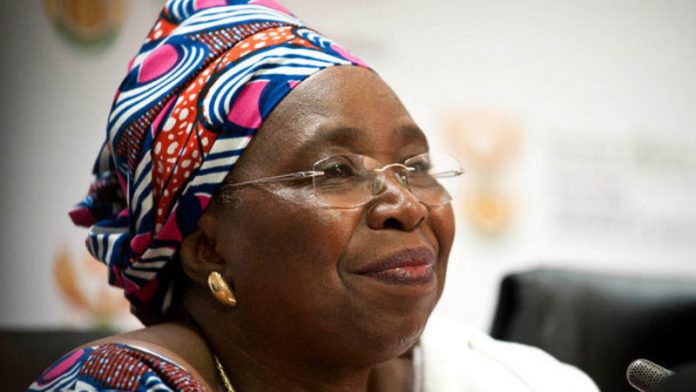 A website created for Africa's proposed continental defence force proclaims a lofty mission "to support and keep peace for Africa's prosperity and a better life for all in the world".

But click on current operations on the African Standby Force website and the response is a dispiriting "page cannot be found", casting a shadow over the back-slapping at this weekend's African Union (AU) summit, which is marking 50 years since the foundation of its precursor, the Organisation of African Unity (OAU).

Instead of a muscular rapid-response force to halt genocide, protect civilians in coups or civil wars, and pursue jihadists, drug traffickers and pirates, African peacekeeping remains a hotch-potch, almost entirely externally funded and mixed into UN or foreign missions.

"If ever we needed an African standby force, it is now," said Emmanuel Kwesi Aning, head of research at the Kofi Annan International Peacekeeping Training Centre in Accra, Ghana.

He pointed to recent coups and conflicts in Guinea Bissau, Mali, eastern Democratic Republic of Congo and Central African Republic, jarring plotlines in the narrative of an economically emergent Africa attracting foreign trade and investment.

"If you looked at Mali, the African standby force was more a bystander force," said South African defence analyst Helmoed Romer Heitman of the slow preparations for a UN-backed African force slated to intervene in late 2013 in Mali, where Islamist rebels had seized control of the northern half of the country.

Events overtook the plans. The AU largely watched from the sidelines in January as former colonial power France, at the request of Mali's government, rushed in troops to drive back an Islamist rebel offensive threatening the southern capital Bamako.

This was not what Ghana's first president, Kwame Nkrumah, had in mind when he called for "a common defence system with African high command" in a speech at the 1963 founding of the OAU. Nkrumah also warned against "hobnobbing with colonialism".

Plans drawn up a decade ago, when the AU replaced the toothless OAU, foresee a 5 000-strong Standby Force, comprising five regional brigades from across Africa, responding within 14 or 30 days to various crisis scenarios.

AU officials say there is no certainty the full force will be up and running by the target date of 2015.

"In the meantime … we believe we need a tool for immediate response to crisis," he added.

Lamamra said the AU Commission was consulting with member states' ministers and military chiefs about setting up an interim African rapid-response unit that could go into action while the larger standby force is being put together.

This month, South African President Jacob Zuma pleaded for the creation of the African Standby Force to be speeded up, citing instability in the Central African Republic, the eastern Congo and Mali, "where decisive intervention is needed".

African troops — from South Africa, Tanzania and Malawi — are headed to eastern DRC to take on armed rebels there, but they are wearing United Nations peacekeeping hats, which means UN control and funding.

And while the AU has publicly backed the Mali intervention by France, which is due to hand over most security there to a UN-mandated African force, Paris's military presence in its former colony still rankles with some.

"France is a nasty meddler in African politics," Aning said.

But the question of who should fund a properly trained and equipped continental force is key for Africa, the world's least developed region. Despite buoyant recent growth, half of the continent's near one billion inhabitants live in poverty.

"Most African countries are so poor, they can't afford effective security forces," Heitman said. "So help is needed."

More than 90% of the AU's peace and security efforts are currently funded by external actors such as the European Union and the United States, according to a 2012 report by South Africa's Centre for Conflict Resolution and the Berlin-based Friedrich Ebert Stiftung.

With UN peacekeeping missions in Congo and in Sudan's Darfur each costing global taxpayers well over $1-billion a year, the AU's Lamamra said Africa cannot be expected to bankroll its own peace enforcement.

"We are not supposed to do that. The UN Security Council is responsible for international peace and security. What the Africans are doing as a contribution should be recognised and acknowledged," he added.

But Ghana's Aning warns the future credibility of the AU is at stake. "I think Africa must fund the largest part of the Africa Standby Force," he said.

In the absence of this force, the 17 700-strong African Union Mission in Somalia (Amisom) is being held up as a successful example of internationally backed African peacekeeping, fighting Islamist al-Shabaab militants.

First deployed in 2007 and comprising troops from Burundi, Uganda, Kenya, Sierra Leone and Djibouti, Amisom is credited with pushing al-Shabaab out of the capital Mogadishu and the centre and south of the Horn of Africa state.

"It is the most effective mission in Africa and also the most cost-effective," Michele Cervone d'Urso, the EU's special envoy to Somalia, told Reuters at Mogadishu airport, where Ugandan troops guard against suicide bombers.

Amisom soldiers' salaries are paid by the EU, while logistics are covered by the UN. The United States, another donor, shares vital intelligence from drone flights.

But the Somalia mission has come at a high cost in lives. Around 3 000 Amisom soldiers have been killed since 2007, according to the UN. In contrast, 3 096 UN peacekeepers have died in global operations since 1948.

"There is no doubt that Amisom has shown a higher tolerance to casualties than most Western peacekeeping forces would," said Matt Bryden, a director of Sahan Research think-tank and former UN-Monitoring Group coordinator for Somalia.

Experts warn, too, that any pan-African force must take care not to become entangled in, or exacerbate, regional rivalries.

"One of the problems with the whole African Standby Force concept, and its regional brigades, is do you use the regional brigade in its region? Because, of course, the countries there all have little bones to pick with each other," Heitman said.

The new UN eastern DRC intervention force does not include troops from neighbouring Rwanda and Uganda, whom UN experts have accused of supporting Congolese rebels. Kigali and Kampala strenuously deny this.

As regional leaders congratulated each other on what AU Commission chairperson Nkosazana Dlamini-Zuma hails as Africa's "take-off towards peace and prosperity", some recalled that the continent's full independence was not a complete reality.

"A free and self-sustaining Africa will be a pipedream if we remain beholden to external sources," South African President Jacob Zuma reminded his peers on Saturday. – Reuters