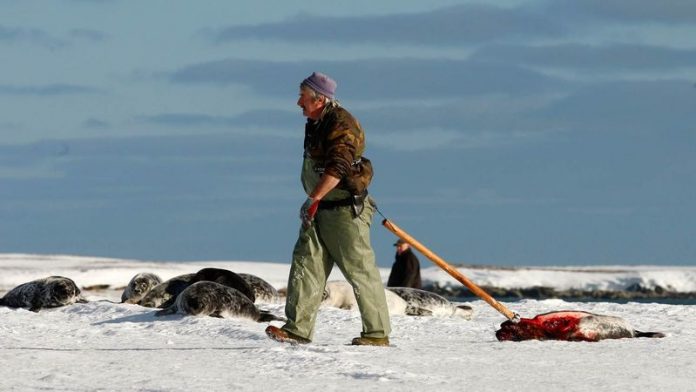 They claim the motivation for the culling is not conservation, but demand from Asia for the animal products.

The plan was outlined to Parliament by Environment Minister Maria de Fátima Jardim, who said the country needed to "make the most” of the resource that seals offered, "from the skin to the bone”, and joked to the house about her "beautiful” Namibian sealskin shoes.

Angola's fishermen have long complained about seals consuming fish stocks in the Baía dos Tigres, close to Angola's border with Namibia, where there is a large seal population and a controversial annual cull which has drawn global criticism from rights campaigners. A study published in late 2012, by the Instituto Nacional de Investigação Pesqueira (National Institute of Fishery Research) estimated Angola's seal population at about 27 500 and said that it had grown 14% in the past six years.

Reports in state media quote different fishing association leaders claiming that an adult seal can eat anything between 8kg and 30kg of fish a day.

However, Sheryl Fink, the director of the seal campaign at the International Fund for Animal Welfare, said: "To date, there is no scientific study on a cull of seal populations anywhere in the world that has shown it to have a beneficial effect on fish stocks.”

Noting that South Africa had long stopped seal culling, she said attempts to control populations of predators like seals could have an "unexpected” impact on sensitive ecosystems and that any plans for a cull should be applied "very cautiously”.

'All about the money'
Toronto-based Fink also questioned the economic viability of marketing seal products that were now banned in the European Union and said that seal culling, in which nursing pups were separated from their mothers and then clubbed to death, was very stressful for the animals.

Nikki Botha, an animal-rights activist from Cape Town who has campaigned against seal culling in Namibia, said: "This is all about money, not just selling the skins, but also the seals' genitalia to the Asian market.

"If this was about fishing, why did the minister brag about her seal fur shoes?"

Sergio Calundungo, an Angolan civil society activist, said: "We need clarity from the government about these plans. In a democracy it is important that people are asked first about such big decisions. They can't just be taken on our behalf.

"The minister should be clear about the purpose of this cull. Is it to save the fish, or is it to create an industry for seal products? In my view, Angola is country rich in many other resources. We don't need to kill seals to sell their skins."

The possibility of a seal cull was also raised by the Minister of Fisheries, Victória de Barros Neto, at a meeting of the Cabinet, state media news agency Angop reported.

A spokesperson for the ministry of environment however said: "The minister was asked in Parliament about the possibility of an intervention to help the fishermen. The minister said that there were methods of doing this, one of the being culling. This has been taken as granted by the media which is the not the case."

The African Union’s human rights boss has expressed grave concerns about the erosion of human rights during and after the Covid-19 pandemic.
Read more
Advertising
Continue to the category
Business