‘Girls’: Little to like in this show that we love 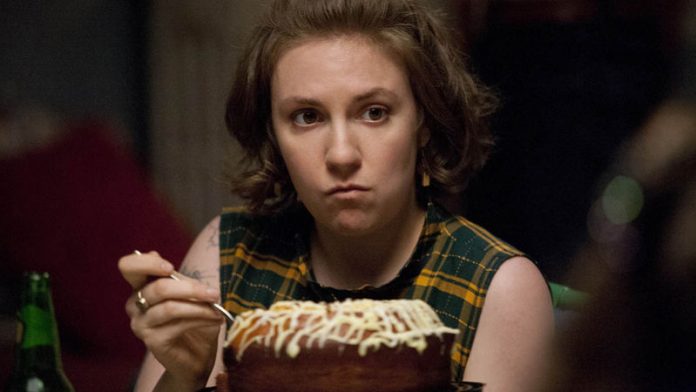 There are some television shows that achieve a peculiar combination of mass popularity and critical acclaim, and are consequently so talked-about that it feels like watching them has been made mandatory. The most obvious examples of this phenomenon are Mad Men and Game of Thrones. If you don’t watch either of them, there’s a distinct possibility that you feel left out in many a workplace conversation.

Girls, which is returning for a second season on M-Net, is another series that has taken on this aura of cultural importance. Viewers of Girls are seemingly driven to discuss and analyse the series with a level of obsession that is more typically associated with people who attend sci-fi conventions.

This trend reached its apogee last month when Kareem Abdul-Jabbar, a retired basketball legend and seemingly unlikely fan of Girls, saw fit to pen an essay on the series for the Huffington Post. It’s just that type of show.

This level of hype is all the more striking because Girls is not an immediately likeable series. It’s a show full of unpleasant characters and unpleasant situations, and this can be off-putting to new viewers. Yet with every new episode I become more deeply convinced that the hype is justified — that Girls is in fact completely awesome.

The easiest way to understand Girls is in relation to its spiritual predecessor, Sex and the City. Superficially, they have a lot in ­common. They’re both produced by the same cable channel, HBO. They’re both shows about four young women living in New York City, and their various personal adventures. But this is where the similarities end.

Sex and the City was fundamentally a product of the Clinton-era boom years. Though Carrie and her friends had their share of problems, their lifestyle was ultimately treated as glamorous and aspirational. By contrast, Girls is a window into the more sombre United States of the Obama era, with its economic anxieties and damaged sense of idealism.

Girls deconstructs the core premise of young, single, attractive people living in a city, and suggests that the end result is not nearly as idyllic as what most television writers would have us believe.

It presents city life as something that is liberating, but also alienating. Money is a constant source of concern, at least for those characters who are not being supported by their parents. And the characters are so vain and self-involved that they end up feeling isolated from the world, and from each other.

Everyone has lots of sex, of course. But Girls does not seek to titillate its audience, which is actually a refreshing change in this age of mass availability of pornography. There is something perceptive, I think, about the disconnect between the brash confidence with which the Girls characters talk about sex, and their awkwardness and vulnerability when actually doing it.

Perhaps it sounds like Girls is a downer, and some of the time it is. Fortunately, it makes up for it by being frequently hilarious. Viewers who enjoyed the first season will be pleased to know that there is plenty of insanity waiting in store for them.

Hannah (Lena Dunham), the ­principal character of the series, is dating a black Republican after causing her season one boyfriend to get hit by a truck. Jessa (Jemima Kirke), now married, makes the faux pas of telling her husband’s parents that she used to be a heroin addict. Shoshanna (Zosia Mamet) is learning that her new boyfriend is little more than a hobo. And Marnie (Allison Williams), the most conventionally successful of the girls throughout season one, is now the group’s biggest loser.

Overall, Girls’ second season feels more dramatic and slightly less comedic than the first, which is a natural (if not entirely welcome) evolution. But the series still has a talent for making the everyday messiness of human relationships seem significant, even profound.

Perhaps that’s the simplest ­explanation for the enduring ­mystery of Girls’s appeal: the ­question of how a series that seems so unlikeable on paper ends up being one of the most delightful shows on television.

Girls is shown on Tuesdays at 8pm on M-Net

Laurence Caromba
Laurence Caromba works from Pretoria, South Africa. I teach International Studies at Monash SA. I tweet about culture, politics, technology, foreign affairs & anything else that interests me. Views my own. Laurence Caromba has over 165 followers on Twitter.
Facebook
Twitter
WhatsApp
Linkedin
Email
Telegram

Battle of the box divides Namec