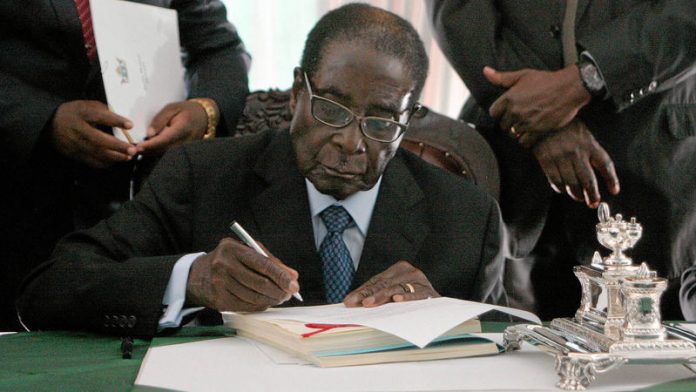 President Robert Mugabe may not get what he wants — to hold the national polls next month — because of unexpected legal obstacles that stand in his way.

Mugabe last week signed the new Constitution into law in a bid to speed up the poll date. But it has now emerged through party negotiators from Zanu-PF and the two Movement for Democratic Change (MDC) formations that they first need to align the new charter to the existing legislation.

Negotiators from the three parties who spoke to the Mail & Guardian this week confirmed they are in new talks over a number of constitutional and legal issues, besides political matters, that still need to be sorted before a date for the elections could be announced.

The negotiators are now locked in secret meetings to map the way forward, and all declined to be named owing to agreements among them not to publicise the details of the talks in the media.

Negotiators say key among these is the mandatory 30-day voter registration exercise that will only start next week and end in early July.

They said there is now also the extraordinary Southern African Development Community summit (SADC) that will be held at a date not yet known to discuss the political and security situation in Zimbabwe, as well as the funding of the polls.

Although Finance Minister Tendai Biti says the country needs $132-million for elections, Zimbabwe Electoral Commission chairperson Rita Makarau is demanding $164-million to organise the polls effectively. Biti confirmed on Tuesday that the Cabinet had agreed on a consolidated voter registration plan after the treasury secured $25-million for the process.

Zanu-PF insiders say Mugabe is under pressure from Zanu-PF politburo hardliners to call for elections by June 29, which is when the tenure of the coalition government expires.

Negotiators say, in addition to these political issues, there is also a lot of legal work that needs to be completed before elections.

Amendments to law
"While politicians are talking as if general elections will be held any day from now, the reality is there are still a lot of issues which need to be taken care of before poll dates can be announced," a senior MDC-T negotiator said.

"Now that there is a new Constitution, we are still negotiating amendments to the Electoral Act to accommodate proportional representation introduced by the new Constitution, election of senators to represent people with disabilities, take into consideration new time limits on proclamation of election dates and polling day, the transfer of election results between polling centres and factor in challenges to the validity of the next presidential election results."

Asked for comment, a senior official of the smaller MDC party involved in the ongoing negotiations said one provision in the new Constitution alone makes Mugabe's election date demands impossible.

Time limits
"Clause 157(3) of the new Constitution requires nomination day in every election to be at least 14 days after proclamation of the election date, and at least 30 days before the polling day," he said.

"These time limits will have to be incorporated into Section 38 of the Electoral Act, which will make it impossible to have elections by the end of next month."

Furthermore, negotiators say the Electoral Act as currently configured is vague and inconsistent on how and when election results must be transferred between electoral centres from ward to constituency on a provincial and national level. This ambiguity, lawmakers say, must be clarified to remove the inconsistencies.

'There are two reasons why immediate legislative amendments are needed. The first is that the next general elections will be held in accordance with the new Constitution, and the Electoral Act will have to be amended to align it to the new Constitution before the polls are held," an MDC-T negotiator said.

"The second reason is that the provisions of the new Constitution, which come into operation immediately, will trigger changes to several other statutes. "For instance, the Urban Councils Act and the Rural District Councils Act must be amended before the elections to remove the power of the minister of local government to appoint councillors because under the new Constitution all councillors will have to be elected. For the same reason, the ministerial notices laying down the number of councillors in each council will have to be amended."

Another negotiator said: "Since the registrar general and his officials will be obliged to apply the new provisions when dealing with applications for identity cards, voter registration and passports, there should be less bureaucracy. However, the president will not be able to issue a proclamation calling the next elections before all these things are done."