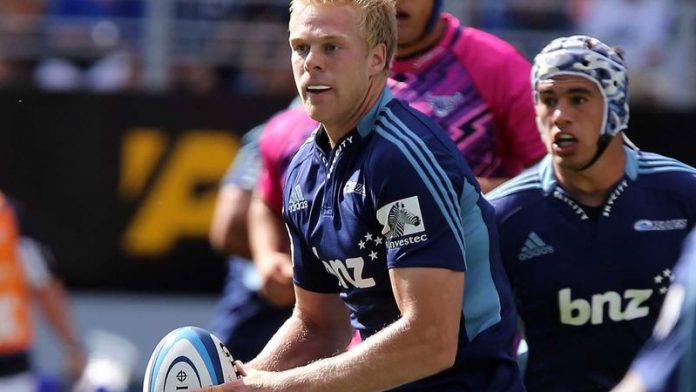 They were playing in a Super Rugby match in Dunedin on Saturday.

Fullback Ben Smith crossed twice on his 27th birthday, and there were also tries for centre Tamati Ellison and winger Hosea Gear as the home side grabbed the bonus point before going in at halftime 29-7 ahead.

Two wins in 13 matches mean the Highlanders will not be in the playoffs this year, but the Blues still have slender hopes of making the post-season and the defeat was a major blow to those chances.

A stirring second-half fightback saw the Blues close the gap to 35-21 with 15 minutes remaining but the Highlanders held firm and flanker Luke Braid's converted try after the hooter only secured a four-try bonus point.

The Highlanders were widely tipped to be contenders for the Super Rugby title this year and for the first 39 minutes they showed why as they simply blew away the Blues.

Smith started like a man on a mission and opened the scoring after 10 minutes, finishing off from close range after being heavily involved in the preceding attack.

Blues winger Waisake Naholo gave his side a glimmer of hope on the stroke of halftime with a superb chip and chase to score, and centre Ranger and flanker Steven Luatua also crossed in the losing cause after the break.

The Blues lost scrumhalf Piri Weepu with concussion early in the match, which might have ramifications for the All Blacks squad to be named on Sunday for their June test series against France.  – Reuters

Next year’s Women’s Cricket World Cup final will be played at Christchurch’s Hagley Oval in New Zealand, it was announced on...
Read more
Advertisting
Continue to the category
National