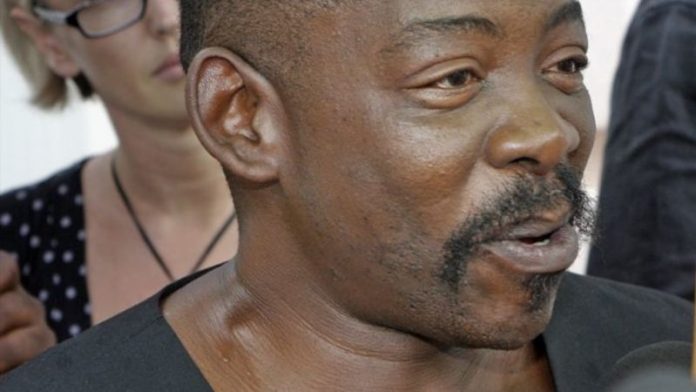 I don't entirely blame People of the South host Dali Tambo for losing his temper with Kieno Kammies about that interview with Robert Mugabe. As one deliciously un-PC tweet put it, it was the "battle of the twangs", as the two media personalities tried to out-patronise each other using the Queen's English.

But I am unimpressed with Tambo's cold fury at being criticised for how he chose to interview Mugabe.

"I get weary of saying this. If you've watched any of the shows, you will know that we are 'People of the South', not politics of the south. We deal in people," he spat out during his disastrous radio interview with Kammies.

Tambo was clearly unprepared for the backlash his sycophantic interview with the aging tyrant would elicit – despite saying in the TV insert that he was "totally" braced for the accusations that he was glorifying Mugabe's image just months before Zimbabwe holds crucial elections.

In the now notorious episode of People of the South, which aired on June 2, Tambo sat down to have a meal with Mugabe's family after three years of trying for the interview.

Tambo is given wide access to interviews thanks, in part, to his interview style – which he has described in the past as "non-adversarial but probing". In this case, a more accurate description may be sycophantic and fawning.

But he has achieved the balance before. In his previous interview with opposition leader Helen Zille, Tambo was far more vigorous in his questioning while still sticking to his aim of covering an individual holistically. At times, Tambo was near accusatory in his questioning around Zille's family life and how her husband had to take on an expanded role in the home as she succeeded in her career. He also felt free to ask her to imagine a parallel life where she joined the ANC.

Against this history, Tambo's contention that People of the South is an apolitical show and beyond the criticism that he was soft on Mugabe does not hold up.

In the Mugabe interview, Tambo listened politely as the leader detailed how he was attracted to his current wife, Grace: his first wife was dying and his mother wanted grandchildren, so he decided to "make love to her". Probably not quite the romantic confession Tambo was after in his often emotively planned scenes involving family members. Yet Tambo did not probe the dubious assumptions of that statement further. And Zimbabwe's opposition Movement for Democratic Change was not even mentioned, neither was there much of the "political sparring" Tambo trumped in his interview with Zille.

And even without the Zille example, Tambo's defence is disingenuous.

Mugabe is no neutral figure, and trying to show his "softer side" is a doomed mission if one does not at least acknowledge his mistakes – mistakes that have adversely affected a country, a region and millions of people. This is a man who has stayed in power since 1980, using violent and undemocratic means. On his watch, his formerly prosperous country has experienced a total economic meltdown, while dissent has been brutally suppressed. Asking him to stare into his wife's eyes and describe his love for her in this context is then no isolated and endearing action. It is an act of almost comical horror and disregard for the suffering of millions.

Grace, after all, is someone who has been photographed spending huge amounts of money in the shopping capitals of the world, while her country's bank reserves ran dry and her people starved. Tambo knows this. He includes in his edit one disturbing moment of the family laughing over Grace's altercation with a news photographer, which she gleefully describes in great detail while her family enjoys the anecdote. "I ran after him and I caught him. I started beating him. He was pleading with me to get the camera, please, I didn't answer so I kept on punching him," she smirks.

Surely this is no heartwarming family scene. By including this scene Tambo acknowledges the deep wrongs the Mugabe family has inflicted upon their country, but does nothing to confront them on it.

He insists in his interview with Kammies that he is no politician, that People of the South is no BBC Hardtalk. He seems to be adamant that the show is neutral. Yet the very act of showing Mugabe in such a favourable light a short few months before Zimababwe's crucial upcoming elections is a political act in itself. For Tambo to deny this is ignorant at best.

Tambo's mistake is to insist upon a mythical neutrality that gives him permission to avoid the hard questions. But one can't run away from difficult facts by claiming they are outside the ambit of the project at hand. These facts persist in our viewing of what Tambo has created and will not go away at his demanding and shouting that he has been misunderstood.

Indeed, Tambo celebrates Mugabe after the interview, telling the Guardian that he made no apologies for humanising a man he believes has long been demonised.

Describing Mugabe as "warm, charismatic and very humorous", he said: "I feel, honestly, a pride in that man and I think that he has been misunderstood and ill-judged by a lot of the press. He's made mistakes but in general he's going to go down in history with a very positive perspective from Africans."

This endorsement is even worse than his insistence upon neutrality. Tambo effectively ignores and trivialises the pain of so many Zimbabweans who have had to watch their loved ones die and property destroyed, as well as those who have suffered imprisonment and physical anguish at Mugabe's hands. It's all well and good to tell the whole story and put a person as reviled as Mugabe into context, but don't be afraid to show us all facets of that story.

Instead we get an edited, sugar-coated version that does nothing to cast light on the major aspects of the person in question as a good profile ought to do. What we are left with is a selection of scenes that are most likely to win Mugabe the next election. I have to agree with Kammies on this one: that is not good profiling. That is PR.