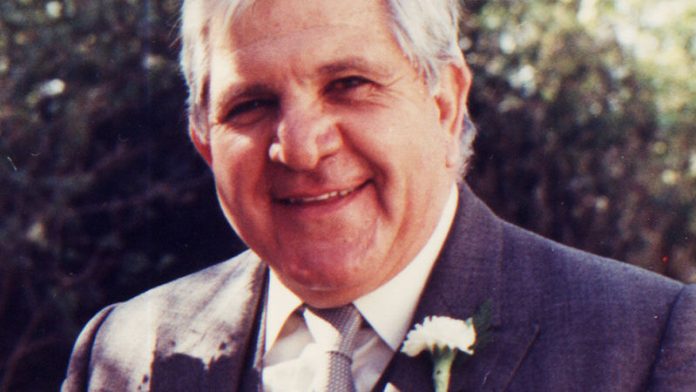 Willem Hefer will be remembered for being the 1980s mayor of Sandton who stood up to a bureaucracy that would not allow the neighbouring Alexandra township to be incorporated in the municipality. Less well known, but possibly more regularly appreciated by ordinary South Africans, is his hand in bringing the Boschendal wine brand to life.

At his memorial service on May 24, long-time colleague David Robb credited Hefer with being responsible for increasing Alexandra Clinic’s budget from R750 000 to R35-million during and after his time as Sandton mayor. Hefer also insisted that Sandton’s municipal ambulances had to cross Louis Botha Avenue (the official border between the township and Sandton at the time) to service the township, "dramatically improving" the health care offered to its citizens during the late 1980s.

Yet, Simon Wollen, an old university friend, told Hefer’s son Giles – who did the family eulogy at the memorial service – that “like all of us, and none more so than he, Willem was a hostage to his past”.

“He was born to a staunchly Afrikaans family 23 years after the British had crushed the Boers in the second South African war. The youngest of four children, he lived in the considerable shadow of his brother, Hans, who was 10 years older, a foot taller and the apple of the family’s eye,” Giles said.

Fatefully, in 1948, Willem applied for, and won, a Rhodes scholarship. His family was horrified at the prospect of his going to England. Hans had won the same honour some 10 years before, but under pressure from his family had decided to diplomatically decline.

He loved Oxford
Willem by contrast accepted the scholarship and the die was cast. He loved Oxford – the gentle pace of life, the history, the freedom and the camaraderie – and on his return to South Africa he found it hard to fit in.

“He struggled throughout his life to reconcile his proud Afrikaans heritage with the realities of what was done in its name,” Giles said. “But proud of his background he remained. He always wore, and he gave to each of his children, a signet ring bearing the symbol of the Orange Free State.”

He played rugby for the University of the Orange Free State, Free State province, Oxford University, Blackheath RFC, Middlesex County and The Barbarians.

He resigned in 1956 to take up a position in Johannesburg with the Anglo American Corporation of South Africa. By 1964 he held the position of manager and alternate director and in 1973 he was appointed chairperson of the food and agriculture division.

He took a great interest in conservation; firstly with Boschendal, which he conceived and where he personally supervised the restoration of the estate and the creation of the wine label, both of which were groundbreaking at the time; then with Ravenswood House in Cape Town, which he famously bought for R1 and which became the Anglo guest house; and also with the Posthys in Muizenberg, which became a museum.

In politics he was an active member of the opposition, working in numerous municipal elections for the Progressive Party (which became the Progressive Federal Party and then the Democratic Party), before joining the ANC in 1993. He served as mayor of Sandton from 1985 to 1986 and was chairperson of the Sandton Town Council Management Committee from 1992 to 1993.

On the educational front, he helped establish both the American Field Service Scholarships and the United World Colleges Scholarships in South Africa, was a long-standing trustee of Waterford Kamhlaba School in Swaziland and a trustee and director of the South African National Youth Orchestra.

He was also the foundation chairperson (1975 to 1982) of the Rhodes National Heritage Trust, which restored a number of historical buildings in the Western Cape.

In 1994 he was appointed to the strategic management team for health in the North West province and in the following year he became special adviser to the ministry of welfare. He was also on the executive committee of the Nokathula Centre for Mentally Handicapped Children, chairperson of the South African Townships Health Trust, a member of the board of management of Alexandra Health Centre and University Clinic and the founding director of the board of the Institute for Urban Primary Health Care.

He was divorced from Zoe, who survives him, and was the widower of Wendy, who died in 2004. He is survived by three sons, a daughter and five grandsons – including one who represented South Africa in swimming at both the Beijing and London Olympics.