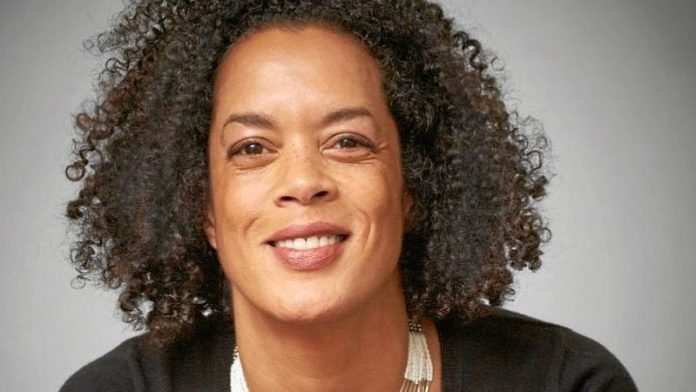 Since the break-up of Yugoslavia 20-odd years ago, Croatia’s Adriatic coastline has been a prime spot for those in search of peace. Last year, in what must have been a brief hiatus between the London Olympics and the Notting Hill carnival, I even sighted London mayor Boris Johnson wading in the sea on a tiny island just off Dubrovnik.

Yet how many holidaymakers give a thought to the bloodshed that birthed the country, or are aware of tensions lurking beneath the surface in a landscape so recently rent by civil war? Aminatta Forna’s third novel, The Hired Man, just published by Bloomsbury, edges slyly from its sunny focus on an English family doing up a holiday home in Croatia to revelations about the small town’s shadowy past.

Set in 2007 in the inland region of Krajina — a short-lived break­away Serb republic bordering Croatia and Bosnia in the early 1990s — the novel avoids direct reference to Serb versus Croat. But there are allusions to empty and plundered homes, to businesses driven out and Orthodox churches abandoned.

In 1991, as Yugoslavia broke up, civil war also erupted in Sierra Leone in West Africa, where Forna spent her early childhood. Given what she perceives as the lingering terror inspired by that war, which came to an end in 2002 following intervention by British and Nigerian troops, she is “amazed by the fearlessness of Western tourists in Croatia”.

Sierra Leone had a Club Med in the 1970s and, like Croatia, Forna says, it is extremely beautiful. “Yet that’s not the impression of Westerners, who think of the TV images.” Although Tony Blair mooted tourism as a quick fix for its economy, “people wouldn’t go on holiday there. Africa scares the West, but there’s as much reason to be scared in Croatia as in Sierra Leone.” One of her English characters, reassuring another, says: “Good heavens, this isn’t Africa.” It was “my little joke”, Forna says.

Casualties of war
All her books reflect a fascination with “joining the dots to see how a country implodes”. Her father, a doctor and political dissident, was hanged by the Sierra Leone regime in 1975, when she was 11. He was the first casualty in what she came to see as a long and unheeded descent into civil war.

She charted the conflict in her 2002 debut, The Devil that Danced on the Water, a memoir that was short-listed for the Samuel Johnson prize. Her first novel, Ancestor Stones, published four years later, portrayed a young Londoner who inherits a coffee plantation — as Forna did in her father’s birthplace of Rogbonko, where she now has a 105-hectare cashew nut estate.

The Memory of Love, which won the Commonwealth Writers prize and was short-listed for the Orange prize in 2011, as well as the Dublin Impac award, was also set in Sierra Leone, and anatomised the intimate acts of betrayal that sow fratricide and trauma. “We’d had a war,” she says, “and nobody was telling those stories.”

Forna also founded a charitable school in Rogbonko, and is one of the screenwriters for Girl Rising, a film advocating girls’ education globally that was backed by actors including Meryl Streep, Cate Blanchett and Salma Hayek. She teaches creative writing at Bath Spa university and is to move to Williams College in Massachusetts later this year.

In becoming a writer herself, Forna says she “did it the hard way”, working alone in a room for 10 years. Yet although she likens narrative sense to musicality (“you have an ear or you don’t”), she believes some things can be taught, and aims to impart to her students “everything I wish I’d known”.

The Hired Man was partly sparked by an advertisement for holiday homes in Croatia, which she had first visited as a child after her parents were divorced. Her Scottish mother took her there in the late 1960s while on honeymoon with her second husband, and Forna has vivid memories of the colour of the sea.

Spooky and chilling
Returning after the Balkan wars, Forna was struck by “glitzy” islands, and the fact that Dubrovnik, with its “cryingly beautiful scenery and yachts”, is less than two hours’ drive from battle-scarred Knin, where the fighting began. Noting that “even Serbs had holiday homes on the Croatian coast”, Forna found the property ad “spooky and chilling: I thought I would think very hard about buying somewhere in Croatia, without being very sure of the provenance.”

When the Balkans erupted in tribal violence, Forna did think: “This will finally put to rest the presumption that these things don’t happen in Europe, although they use different words for it, like ‘ethnic cleansing’.”

Instead, “there’s an ability to see the politics and planning in Yugoslavia, and a refusal to see the complexities of African situations”.

Though Rwanda’s genocide was “low tech”, she argues, Rwanda and Yugoslavia were “politically driven and very similar”. By contrast, Sierra Leone had “no ethnic cleansing [nor] use of nationalism by charismatic psychopaths”.

Researching The Hired Man, she enjoyed taking shooting lessons with a former police marksman (“shooting well is like owning your own Stradivarius”), but hunting animals — “you have to be there for hours” —would “defeat” her.

She adds: “The penny dropped why Yugoslavia was all about snipers — it was a hunting society — and Sierra Leone was all about cutting off limbs with machetes. When a community takes up weapons, people fight with what they have. West Africa is a farming community.”

Yet she found common experience with friends from former Yugoslavia. The Falklands War and Afghanistan were “remote, characterised by veterans coming home. But civil war is a specific experience where neighbour turns on neighbour. What’s key is that you don’t get away from it — there are echoes. We’re all living with it.” Her stepmother “passes people every day who helped kill her husband”.

From place to place
Forna was born in 1964 in Glasgow, where her father was doing a medical internship, but left for Sierra Leone as an infant, and had a “fragmented childhood”. After her parents’ divorce, her father married a Sierra Leonean who became an inspiration to her during her father’s persecution.

After he was executed, she left her “Sierra Leonean mother” to live with her “Scottish mother” (“I call them both Mum”), who married one United Nations diplomat, then another. When not at English boarding school, Forna spent periods in Iran, Thailand and Zambia.

After a law degree at London ­University, she worked as a BBC journalist for 10 years. Watching Sierra Leone’s war from London and California was “very strange”, she says. Her stepmother was in Freetown when the capital was twice invaded by rebels in the late 1990s.

“I was tracking her from safe house to safe house,” she says. “I spoke to her a lot. I could hear the invasion, shells, gunfire.” When a shell hit the telephone exchange, there was a three-week silence. “I thought she was dead. We were going through a huge bereavement — or worse. What was very isolating was the absolute silence from my British friends. It was as though I had a contagious disease. Some didn’t properly realise. Others were so closeted and cossetted in their way of life. But it’s not that hard. How much do you have to know when you see a country blowing up on television?”

A preoccupation of her fiction is the moral point at which the bystander becomes complicit. When war came to Sierra Leone, “we were amazed by ourselves. We said it would never happen here.” Yet “so much in civil war is about personal vengeance and settling scores. It’s how a whole community become participants in a war, even though they didn’t start it.”

Her stepmother knew of a university teacher killed “not by the rebel army but by students she’d given poor grades to. War crimes are big things, but the opportunity to settle grudges and feuds allows you to galvanise a lot of people.”

And then there’s greed. In her novel, a Croatian couple makes off with a rug from a looted house — their silence bought cheaply. “I’m not sure anything comes out of hatred,” Forna shrugs. “People just want what they want. You can get people to do pretty awful things for little reward.”

Bearing witness
Her memoir describes uncovering the conspiracy against her father as a loss of innocence. “I thought it would be vaster, more complex and more dastardly than it was. I never knew people would so willingly participate in the destruction of another person — or pretend they didn’t hear. I was shocked by that. It’s not even the banality of evil. I learned that evil isn’t that far away. It’s not that big a step for many people; you just look away, or you’re just following orders.”

While she believes the “poor have recognised that it happened, the upper class were fiddling while Rome burns”, and are still, to some extent, in denial.

“When I’m there I can feel quite cross, especially with people of my age and class. Some friends say it was lovely before the war. I say, no, it wasn’t. People were being stoned in their houses. It depends which side of the equation you were on.”

One of her cousins (“a very scary person”) was in the West Side Boys, a rebel splinter group, and “many families had members on both sides”. Perhaps partly for that reason, she has seen “great acts of forgiveness”.

But, in such a small country, there have been haunting outcomes, such as a case she fictionalised of a woman returning from a refugee camp to find her daughter married to the man who had beheaded her husband. “I was so blown away by this story, I couldn’t breathe. How do you deal with the horror of that?”

Although it was “psychologically important for trauma victims to bear witness”, she feels the UN-backed special court for Sierra Leone was the “judicial process at its most absurd, with American lawyers being paid six-figure salaries, which made everybody sick”.

When the former Liberian president Charles Taylor was found guilty in The Hague last year of war crimes in Sierra Leone, “nobody gave much of a damn because he was remote for us. He was a catalyst, not the only culprit.”

Forna wants her son to grow up with a resilient awareness of the harm people can do, and that “the whole of life isn’t a glass bubble” .

Reflecting on why friends let her down, she says, “if you’ve never been through it, you can’t get it”. Yet that surely is one of the powers of fiction?

“Yes — it’s the opportunity to live through something, and know what it feels like.” — © Guardian News & Media 2013