Bozizé out of the frying pan into SA? 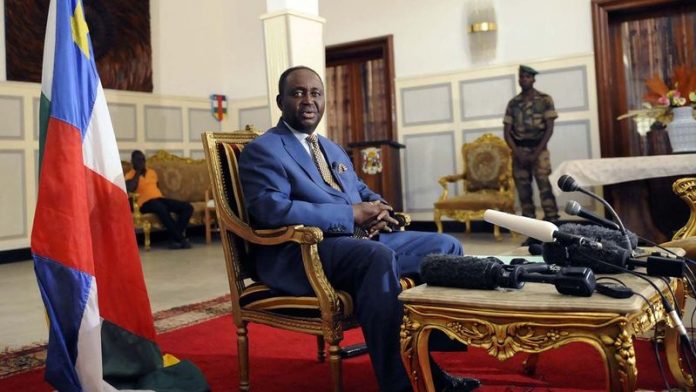 That's the question Central African Republic (CAR) watchers have been asking all week. He is François Bozizé, the man who used to be number one in Bangui. South Africa's foreign affairs spokesperson, Clayson Monyela, says no, but CAR analysts and people close to the former president keep saying his arrival is imminent.

Whatever the case, finding a permanent refuge for Bozizé is complicated. Last week, CAR Justice Minister Arsène Sendé issued an international arrest warrant accusing Bozizé of, among other things, crimes against humanity and inciting genocide.

A breakdown of the accusations claims the ousted leader is responsible for 119 summary executions, 22 assassinations, 53 arbitrary arrests, and the destruction of  3823 private homes.

A spokesperson for the former leader calls the warrant "a diversion and an aberration", adding that, as far as Bozizé is concerned, the warrant was issued by the very people who are committing the crimes.

Although there is already a certain nostalgia in the CAR for the relative stability that was present before the armed takeover by Seleka rebels – looting and killing continues more than two months since they took power – there are few who would dispute the charges against Bozizé.

Unearthed
Until March this year, South Africa was officially providing troops to train Bozizé's armed forces, the Faca. It was well known, however, that Bozizé did not trust his soldiers, and he made sure they remained without adequate equipment. If there had been any doubt about Bozizé's active role in keeping the Faca weak, these doubts vanished when Seleka unearthed dozens of containers full of arms on ­property belonging to the Bozizé ­family in Bossembélé, north of Bangui. Unflatteringly referred to by locals as Guantánamo, Bossembélé was also a notorious prison, where enemies of the president were ­tortured and killed.

Until last weekend, Bozizé had been living next door in Cameroon, thanks to the good graces of his one-time friend and counterpart, President Paul Biya. On Sunday, however, he was seen at Yaoundé airport boarding a Kenya Airways flight to Nairobi and since then everybody from friends to business people, even the official Chinese government news agency, says South Africa is the final destination.

Bozizé had to leave Cameroon. As a member of the Eccas regional grouping – the Economic Community of Central African States – Cameroon is an integral part of the peace process aiming to bring stability to the CAR. Cameroonian troops form part of the Central African Multinational Force in Bangui and other points in the country. Eccas has recognised Michel Djotodia as CAR's de facto president, making it rather uncomfortable for a member state to be sheltering an ousted leader who is now seen as an enemy of the state he recently ran.

And it is not out of the question that Chadian President Idriss Déby made it clear to Biya that he did not approve of Bangui's former number one living in his backyard.

Shortly after Bozizé was overthrown, Benin looked like a possible refuge – Benin's leader, Thomas Yayi Boni, is a member of the same church as Bozizé – and it is certainly possible that the deposed leader may ultimately reside there.

Diamond trading
And then there is South Africa.

South Africa's relationship with the CAR could be described as fluid.

These days, South Africa has recognises Djotodia's administration as the de facto government. Official meetings between Zuma and CAR Prime Minister Nicholas Tiangaye have taken place in Pretoria, as well as at regional meetings in Brazzaville and N'Djamena.

CAR's minister of mines and petrol has been in South Africa all week for, among other things, discussions about diamonds and the Kimberley Process. Earlier this week, Djotodia announced a suspension of diamond trading until reforms are put in place.

So where does this leave Bozizé's long-term plans? A Bangui businessperson close to the former president said any visit to South Africa was only temporary.

Any decision on the duration of his stay will certainly be linked to the sort of long-term relationship Pretoria wants to have with Seleka. Zuma has made no secret of his desire to send the South African National Defence Force back to the CAR and if it does go back, it won't be to try to reinstall Bozizé.