Encounters: Five of the best at the fest 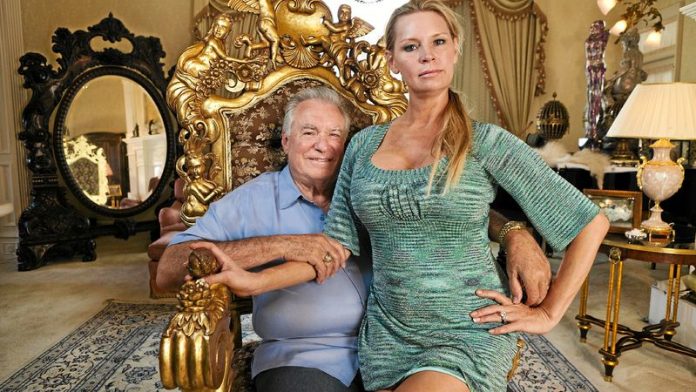 In Heaven Underground
European history is told through the story of Weissensee Cemetery, one of the last remaining sites of Jewish burial in Germany. This lighthearted look at the magnificent memorials to the once prosperous Berlin Jewish community includes architecture, religious perspectives, life behind the Berlin Wall and change brought about by the influx of Russian immigrants to Germany today. Britta Bauer’s unusual documentary won her the audience award at the 2011 Berlin International Film Festival.

The Queen of Versailles
Like everyone else, the ultra-rich have their off days. Find out what happens when a time-share baron’s empire starts to crumble under the weight of broken promises and overambitious yarns. The Queen of Versailles has achieved cult status as one of the greatest looks at what’s been termed the Great Recession. Watch millionaire David Siegel and his beauty-queen wife Jackie lose their dream home, called Versailles, in Florida. It won Lauren Greenfield the directing award at the Sundance Film Festival in 2012.

Marina Abramovic: The Artist is Present
Matthew Akers and Jeff Dupre take on the complex character of performance artist Marina Abramovic, one of the most significant artists of the late 20th century whose work has involved spending hours, if not days, standing and sitting motionless in art spaces. Nominated for best documentary at the Sundance Film Festival, the documentary follows Abramovicas she prepares for a major retrospective and the biggest exhibition of performance art in the history of the Museum of Modern Art in New York. It was an award winner at the Berlinale Film Festival in 2012.

Colombianos
The complicated relationship between two Colombian brothers living in Sweden forms the backdrop to this claustrophobic documentary about love, alienation, ambition and drug abuse. A medical student called Pablo tries to rescue his brother Fernando by relocating him from Stockholm to Bogotá where he will try to dry out. Director Tora Martens won a Golden Dove for her work at the DOK Leipzig film festival in 2012.

How to Survive a Plague
In 2012, American David France directed this Oscar-nominated film about Act Up and Treatment Action Group as they lobbied to turn Aids from a death sentence into a manageable condition.

The Encounters Documentary Film Festival takes place at various venues in Cape Town and Johannesburg until June 16. For a full schedule go to www.encounters.co.za