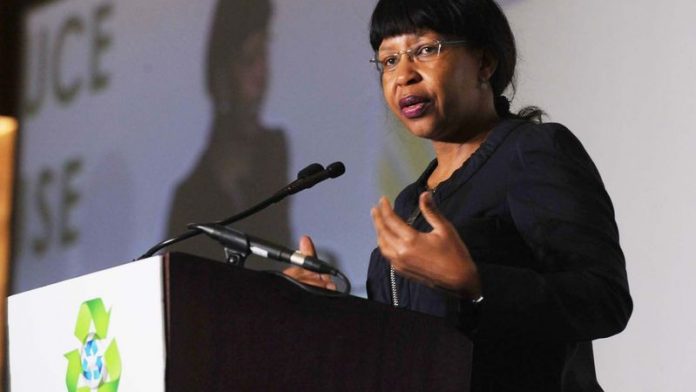 Former Gauteng economic development minister Qedani Mahlangu has egg on her face after the Supreme Court of Appeal ordered her to reinstate the members of the Gauteng Gambling Board she fired after they resisted her instruction to relocate to new offices.

Mahlangu fired the board and its chair, Prince Mafojane, in 2012 when they questioned her decision to relocate from Bramley in the north of Johannesburg to the city centre.

During her fight with the board, Mahlangu argued that the relocation had followed a decision by the provincial executive council to house all agencies of the Gauteng economic development department in one building.

She reasoned that as MEC she was empowered to instruct the agencies that fell under her portfolio to adhere to and implement operational decisions without having to consult them.

In one of the emails sent to the board's acting chief executive, Ndanduleni Makhari, Mahlangu threatened to fire him if he did not follow her instructions, writing: "I sense that you want to use every trick in the book not to move offices. May I suggest that you speed the process of moving before I lose my cool with you. I want to reiterate what I said to you over the phone … that the board has no role nor responsibility on this matter and if they want to get involved in admin work I will remove all of the board ASAP. If you have serious problems with my decision, please tender your resignation with immediate effect. I want to remind you that I am not here to be liked but to use state resources optimally and therefore consolidation of DED [department of economic development] agencies is part of that."

However, the appeal court said in a judgment last week that Mahlangu had acted beyond her legal powers when she issued the instruction to relocate the board, and that its dissolution had been unlawful and invalid. The court ruled that the board was right to resist the instruction because it was clearly in violation of the Public Finance Management Act and treasury regulations.

The court also expressed "its displeasure at the manner in which the MEC had behaved, over and above the matter in which she had terminated the membership of the board, more particularly her conduct subsequent to the litigation being launched. The MEC, in her response to the opposition by the board, appeared indignant and played the victim. She adopted this attitude whilst acting in flagrant disregard of constitutional norms. She attempted to turn turpitude into rectitude."

Mahlangu intended to relocate the board in order to accommodate African Romance – a diamond beneficiation company owned by Mohseen Moosa, a younger brother of former environmental affairs minister Valli Moosa – in the Bramley building.

The judgment puts Kolisile in a difficult position because he appointed a new board about two months ago.

The board regulates bingo, casino gaming and betting on horse racing and sports events in the province.

Approached for comment, Kolisile told the Mail & Guardian: "We are looking into the matter – interpreting the judgment – and we will find answers on what to do."

Attempts to get comment from Mahlangu proved fruitless, but her spokesperson, Thulasizwe Simelane, said it would be "inappropriate" for her to react because she no longer headed the department.