New blood bucks up the Boks 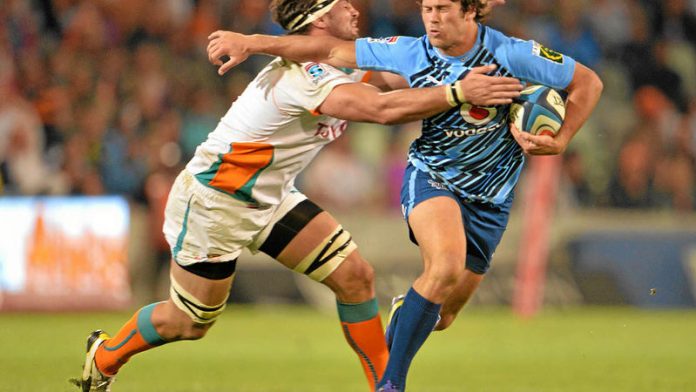 A year on from his first Test in charge of the Springboks, coach Heyneke Meyer has belatedly done now what he should have done then – apply the new broom that sweeps clean. By announcing a squad of no less than 34 players for the three Test series against Italy, Samoa and Scotland, Meyer has applied the belt-and-braces technique. If one fails there is a second line of defence.

To this end, he has already said that flyhalves Morné Steyn and Pat Lambie will both be given opportunities. He has also, somewhat bizarrely, suggested that Ruan Pienaar has come all the way from Ulster in order to be rested. Be that as it may, these are exciting times for the Springboks as a whole new generation jockeys for position on the road to the 2015 World Cup.

Meyer should be lauded for selecting Willie le Roux at fullback. It has been a position dominated by a Meyer favourite, Zane Kirchner, for a number of years and it is time to put the Bulls stalwart out to grass. Le Roux has had a prodigious season in Super Rugby and is one of the principle reasons that the Cheetahs are pushing for a play-off slot. He is a free spirit and therefore capable of crass errors, but he also has an eye for space given to very few sports people.

The only other new cap in the starting line-up is Bulls scrumhalf Jano Vermaak. Many will suggest that Vermaak’s decision to move from the Lions to the Bulls a few seasons ago has finally been vindicated. It might be unkind to suggest that Vermaak is not the player now that he was when he should have been selected three years ago. His inclusion points to one of the few areas of weakness in South African rugby at the moment, however, without suggesting that the nuggety halfback will let the side down.

JJ Engelbrecht, who has somewhat controversially been part of the set-up for the duration of Meyer’s term in charge, wins his second cap at outside centre. With injuries to key players in the position and the possibility that Jean de Villiers will be ruled out at the last minute, it can safely be assumed that Engelbrecht is keeping the spot warm for someone else.

That someone could be fellow Bull Jan Serfontein, who is one of three uncapped players on the bench. Serfontein is not cut from the usual Bulls cloth, preferring more subtle ways through an opposition defence than hitting it as hard as possible. He could even be the long-term replacement for De Villiers, who at 32 may not last until the next World Cup.

International Rugby Board rules apply for this Test, so there are 23 players in the match-day squad, including an entire front row. That has opened the door for Trevor Nyakane, who warms the bench with his Cheetahs colleague Coenie Oosthuizen. Nyakane, from Bushbuckridge, may end up being a spectator, for Oosthuizen can play on either side of the scrum, but it is good to have him in the mix.The other newcomer is Bulls flanker Arno Botha, another exciting young talent with two seasons of exceptional achievement already under his belt. Botha looked the part at schoolboy and under-20 levels but he will have to be at his best to fight off the challenge of Lappies Labuschagne, another Cheetah called into the extended squad by Meyer.

The question remains as to what sort of rugby we can expect from this particular team. It might be argued that, with Bulls players in the controlling positions of 8, 9 and 10, Meyer has kept his conservative blueprint intact. But the opposition is Italy, not New Zealand, and it should be the pace and vision of numbers 11, 14 and 15 that hold sway.

In fact, it is tempting to recall another day, 16 years ago, when Springbok rugby was reborn. Italy again provided the opposition, the venue was the Renato Dall’Ara Stadium in Bologna and it was the beginning of an unbeaten 17-match run for the Boks. The coach, for the first time, was Nick Mallett.

The tourists scored nine tries that day, with five of them going to 11, 14 and 15, who on that occasion were Pieter Rossouw, James Small and Justin Swart. Notoriously, Mallet left the great André Joubert at home, thereby ending the Test career of the Rolls-Royce of fullbacks. The following week he dropped Swart and selected Percy Montgomery, hitherto a centre, as the last line of defence.

Mallett is remembered as the most cerebral of post-isolation Springbok coaches. He had, and has, the ability to get inside the skin of every position on a rugby field. Like every coach, he had his favourites but he was never scared of telling players what he thought of them.

Like Mallett, Meyer is a deep thinker on the game but, unlike Mallett, the current Bok coach tends towards the conservative course when hard decisions have to be made. He now has three weeks against limited opposition to prove to himself that his team can and should do more than kick and chase.