Solar geysers get a cool reception in Riverlea 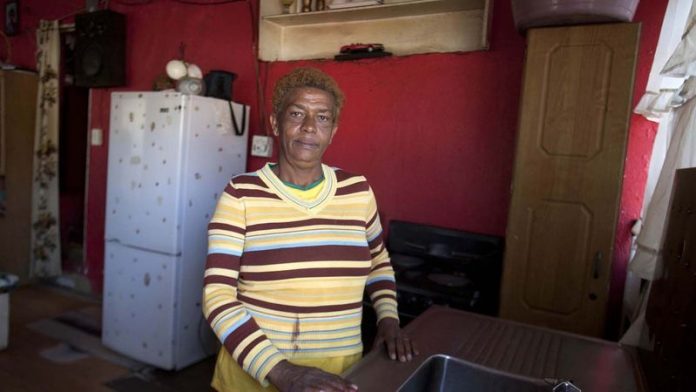 Standing in her tiny kitchen, Faridea Appolis points angrily at the holes in the roof. Pipes, wrapped in silver insulation, run down the yellow walls to her sink and bathroom.

"They just knocked holes in my roof for the geyser. There was no consultation. Nobody asked me or my neighbours anything. They just came and did it," she says.

Riverlea is a poor community and households cannot afford the electricity for a conventional geyser. In a few houses, the old geysers have broken down and are coated with rust. "We need these geysers. Government has given us so little and now they give us something that does not work properly," says Appolis.

Her neighbour, leaning on his wobbly brick wall, takes a while to find the words to describe the water from his new geyser. "Hmm. I'd say mildly warm." He waits until the middle of the afternoon to bath when the water is hot enough.

New RDP houses built in Alexandra, Johannesburg, have nine-month-old solar geysers. Few face north, a requirement of the geyser contracts because that is where most of the sunlight falls.

"Before this I had to boil the kettle five times to have a warm bath. Now I turn the tap," says Zakhele Mohaele while standing outside his house.

Overcast conditions
Like others, his complaint is about damages during installation. The roof has been punctured and he points to several places where nails are sticking through. "They did not seal these properly. So when it rains, the water comes down inside my house. They were too quick and now I have to live with this problem."

In Cosmo City, a new low-cost suburb being built north of Johannesburg, people have had their solar geysers for longer and complain that they struggle to work in overcast conditions.

"They are so inconsistent. One day they make warm water but the next you have to boil the kettle again," says Phumlazi Mabekwa.

A few of her neighbours gather at her fence to talk about their geysers. They are generally happy with them because they used to pay about R130 a month in electricity for geysers in their previous homes. But the water is often not warm enough for their children to bath before school.

"I want this to work. It gives us free hot water and makes life easier, but we are struggling with it," says Mabekwa.

President Jacob Zuma promised in 2010 to install a million solar geysers by 2015 and R4.7-billion was allocated for this.

Megawatts of capacity
Other government programmes have been installing geysers since the energy crisis. But last month the National Energy Regulator said none of these programmes had achieved the target of reducing peak demand.

With 350 000 of the million geysers installed, only 22 megawatts of capacity had been saved. The programme should rather be celebrated for creating jobs. Industrial capacity had grown from 400 geysers a month to 6 000, it said.

A Johannesburg City Power tender for one of the solar geyser roll-outs, worth R800-million to cover 110 000 houses, is being challenged in court on June 11. The National Union of Metalworkers of South Africa is asking for the tender process to be transparent, arguing that the geysers are being imported from China and contending that local manufacturing should be favoured.

In terms of the tender, 70% percent of each geyser has to be made locally. Anything more than that is impossible because some critical components – such as the ­evacuation tube – can only be manufactured in China at present. At first the solar geysers were imported directly from China but local production has steadily increased.

This has led to shortcuts in the manufacturing process and cheaper geysers being made in some cases. An industry source, who did not want to be named, says about 10% of the 350000 geysers installed are faulty or were not properly installed.

"The programme started with a lot of cowboys cutting corners and, as with everything, there have been teething problems. They are the rotten apples but it is getting better. With this roll-out South Africa is providing a great example for the rest of the world," says the source.

Strict
Local companies that want to have their solar geysers installed in government housing developments must have them approved by the South African Bureau of Standards, a process which costs about R100 000. One expert says this meant only large companies were involved. The City Power tender went to two companies – Clean Heat Energy Saving Solutions and Tasol Solar Energy Solutions. Neither company responded to questions.

Twenty-one companies were contracted to install the geysers. This is where people in the three communities say most of the problems lie.

A contractor, who wants to remain anonymous, says that most companies do good work because the contracts are strict.

"You find some who cut corners. That's where you get the complaints and this is the reason that our work gets a bad name," he says. Problems include sealant that does not cope with heavy rain and poor-quality installation that results in water leaking and the system losing heat.

Dawie Reyneke, the contractor installing units in Riverlea, says the project is still under way so he has not yet sent inspectors to make sure the geysers are working properly.

The 21-point checklist he uses includes making sure there are no leaks in the system and that the water is hot. The contractors are only paid if all 21 criteria are met, he says.

Reyneke says some geysers did not face north for safety reasons. "You can try to make them face north but you are working with patched asbestos roofs that are 40 years old. My first priority is making sure they do not hurt anyone." South-facing geysers lose a third of their heating ability, which is negligible, he says.