KZN manager: Nkonyeni confessed to being pushed on Intaka deal 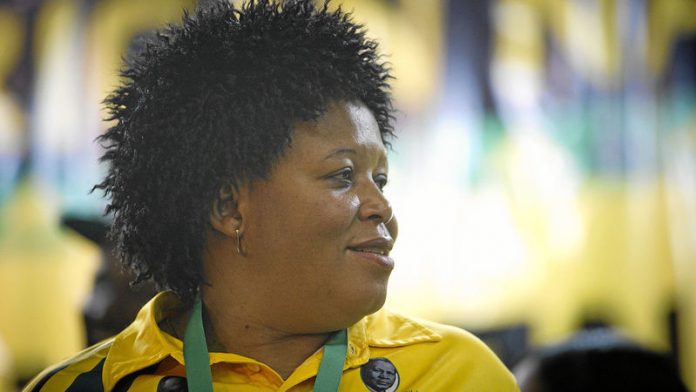 Former KwaZulu-Natal health minister Peggy Nkonyeni confessed to being put under "extreme pressure" as ANC provincial treasurer to conclude a potential multimillion-rand deal for oxygen machines so as to facilitate a follow-up donation into the party's coffers by the supplier, Intaka Investments.

This was alleged by the health department's general manager for legal services, Prenitha Padayachee, in the Labour Court in Durban on Tuesday. Padayachee was suspended three years ago on what she claims are "trumped up" charges against her because she blew the whistle on malfeasance within the department – including the notorious "Three Amigos" case involving Intaka.

Padayachee said that at a meeting at Albert Luthuli Hospital in December 2007, Nkonyeni stated that "as ANC [provincial] treasurer, she was under extreme pressure to conclude the contract" with Intaka for the oxygen supplying machines so that donations from Intaka could then be made to the ANC.

This was despite Padayachee being of the opinion that the contract "be held in abeyance" as there were complaints about the quality of oxygen provided by machines that Intaka previously supplied. She also had reservations about Intaka's refusal to provide back-up oxygen for machines already in use – which usually supply oxygen to patients under aneasthetics during surgery – despite being contractually obliged to.

Allegations that health department tenders to Intaka and its head, Gaston Savoi, had seen kickbacks channeled into the coffers of the ANC in KZN have long swirled around the case.

Padayachee said she was alarmed by a R10-million contract between the department and Intaka that "included a clause relating to bribes that Intaka had inserted", which she felt was "in bad faith" and subsequently "tidied up". The contract related to two water purifying plants for hospitals in Rietvlei and Applesbosch which had experienced contaminated water.

According to Padayachee, she raised concerns about the astronomical costs of the plants and the fact that an open tender process for these was not conducted. Padayachee said that when she raised this with her former head of department, Busi Nyembezi, her superior "actually reprimanded me, indicating that as civil servants we tend to be bureaucratic and that the procurement was an emergency".

The department's overspending spiralled during Nkonyeni's time at the helm, and in 2008 alone had overspent by more than R1.5-billion. Charges of racketeering, corruption and money laundering relating to the Intaka deals against Nkonyeni, who is currently speaker in the provincial legislature, former ANC provincial treasurer Mike Mabuyakhulu and several others were controversially withdrawn by the National Prosecuting Authority last year. The Democratic Alliance has instituted legal action in an attempt to gain reasons for the decision.

But Savoi, former head of the KZN treasury, Shabalala, Nyembezi and several others remain in the dock, with a trial date set for July this year.

The Constitutional Court has found that parts of an Act are not invalid after businessperson Gaston Savoi sought an order in the high court for this.
Read more
National

A legal challenge by Intaka Holdings owners, at the centre of a multimillion-rand corruption trial, could have huge ramifications for law enforcers.
Read more
National