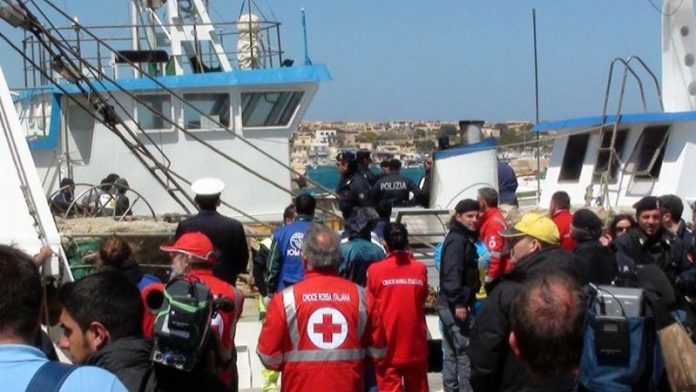 Two survivors of a dinghy tragedy that killed 63 migrants in the Mediterranean lodged fresh legal complaints today in Paris and Madrid, accusing the French and Spanish military of failing to come to the aid of people in danger.

The harrowing case known as the boat "left-to-die" was first revealed by the Guardian in 2011 and raised serious questions about the role of Nato naval vessels and military aircraft after a tiny dinghy crammed with 72 migrants from sub-Saharan Africa ran out of fuel and drifted for two weeks along one of the busiest shipping lanes in the world. The passengers died one by one, despite numerous distress calls, while Nato allies engaged in the operation against Muammar Gaddafi were in the waters nearby but did not help.

An initial legal complaint was shelved by the Paris prosecutor's office last year after the French military claimed it had no responsibility.

Last year, an investigation by the Council of Europe, the continent's human rights watchdog, found that a catalogue of institutional and legal failures led to the avoidable deaths of the migrants. It called on Nato and its member states to launch separate inquiries into why so many military units – including a Spanish frigate under Nato command that was sailing in the immediate vicinity of the boat – failed to respond to the migrants' desperate pleas for help.

The new Paris legal complaint – with the International Federation of Human Rights Leagues and three other rights groups as civil parties – is designed to force a judicial inquiry by a French investigating judge. Another complaint is to be lodged in Belgium and official demands for information have been made in Canada and the UK.

Human rights groups denounced the lack of information from defence ministries whose forces were present.

Father Mussie Zerai, an Eritrean priest in Rome, one of the last people to communicate with the migrant boat before its satellite phone battery ran out, warned against the omertà, or code of silence, among Nato states.

Survivor's account
Launching the legal case, Abu Kurke , a survivor, described what happened after the dinghy left Libya on March 27 2011 before washing up in Libya two weeks later with only 11 people alive, two of whom died shortly after.

Abu Kurke (25) had fled his native region of Oromia in Ethiopia as a result of political violence, trekking across the Sahara to reach the north African coast. He and a friend paid for their passage on the dinghy but boarded without food or water after the Libyan military intercepted them and took their bags. Abu Kurke found the boat "very small, very dangerous". He considered swimming back but his friend warned that Libyan forces might open fire.

After one day on board, the fuel ran out, the weather turned rough and with people squeezed in, sitting and standing, it was difficult to stay onboard. The migrants called Zerai, telling him babies and adults were sick and had no water. After at least one flyover, a helicopter – "whose nationality has yet to be established" – dropped water and biscuits, and indicated that it would return. It never came back.

Abu Kurke said: "We waited for help and it never came. People began to die after three days. The sea was rough, some fell overboard and couldn't climb back in. After a week with nothing to eat or drink, some drank sea water and fell ill.

"I noticed the people who drank sea water died faster than those who didn't, so I abstained from drinking it. I kept the bottle given by the helicopter, once that water was finished, some of us kept our urine in the bottles. Each time our mouths got too dry we sipped our own urine. I also had toothpaste, which I ate.

"For the first eight days, we kept the dead bodies in the boat, no one wanted to throw a body overboard. But more people were dying because of the smell. Many times we saw boats and picked up bodies to show them. Finally a week after the deaths, it was very smelly, people began throwing the bodies out. Sometimes water came over the side and swept the corpses away."

Abu Kurke's friend was among the dead. After the boat washed up, Abu Kurke was put in prison in Libya. Then, as part of Gaddafi's threat to Europe to allow mass emigration, the Libyan military forced Abu Kurke on to a boat to Italy. "Going back to sea, after my experience, was like a death sentence. On board, I hid, I didn't want to look at the sea. I thought I was going to die."

He now lives in the Netherlands with his wife and child, and needs ear surgery after injuries from sun exposure. "I have constant nightmares," he said. "To see 63 people die is something that you can't easily forget."

Gonzalo Boye, the lawyer heading the Spanish case, said that naval ships on a military operation that did not assist civilians in danger was equivalent to a "war crime". – Guardian News and Media 2013