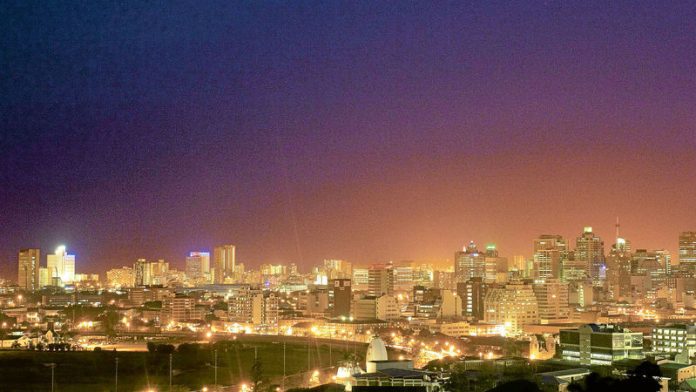 Ethekwini municipality is leading the way among local municipalities in offering to buy the surplus power generated by businesses and even households, to feed into its grid.

There is increased interest in microgeneration because of the doubling in the price of Eskom-sourced electricity in the past five years and the increasing likelihood of load shedding.

In making public its invitation to microgenerators and in simplifying the application process — which involves a six-page form — Durban has thrown the cat among the municipal pigeons.

The municipality is already receiving power from six private energy generators, including a Tongaat-Hulett sugar mill and a municipal waste-dump project, which produces methane.

The waste project, whose primary income is from carbon credits, is another first for eThekwini. Cape Town and Johannesburg are still working on similar projects.

The six suppliers have concluded power purchase agreements (PPAs) with eThekwini. But Roy Wienand, the deputy head of the eThekwini electricity utility, said it is processing a further 40 applications it has received from potential generators, from households to large businesses.

No licence required
Wienand said the potential power output of these microgenerators is tiny in relation to the size of the city grid, but could grow rapidly. He said his department's primary mandate is to be a reticulator of electricity, so any feed-in electricity from micro-generators must meet defined quality, safety and consistency standards.

Beyond this, however, he said there is no law forbidding this kind of feed-in from microgenerators and they (or the municipality) do not have to apply to the National Energy Regulator of South Africa (Nersa) for a licence to do so.

But Nersa does not necessarily agree, a fact which could prove fatal for eThekwini's future PPAs.

"The Electricity Regulation Act of 2006 and the Regulations on New Generation Capacity of 2011 require that anyone who operates a generation plant for commercial purposes should have a licence from Nersa," said Nersa spokesperson Charles Hlebela.

Nevertheless, Wienand believes the municipality is in the right.

"In principle, I still believe a very small — less than 100 kilovolt amps — generator, which is primarily designed to supply the customers' own load, with a small surplus going onto the grid, should not need a Nersa generation licence," he said.

"Potentially, there could be thousands of these. Nersa would not have the capacity to administer this number. The test would be if the primary goal of generation was for commercial purposes."

"Pro-sumers"
Even if Nersa does not stymie this development through strict interpretation of regulations, the development of "pro-sumers" (entities that both produce and consume electricity within a given day) is unlikely to be economically viable anytime soon for households because of the high cost of a bidirectional electricity meter and the low revenue earned.

But the same does not necessarily apply to the larger microgeneration schemes undertaken by businesses. While their schemes still can't compete with municipal or Eskom prices, being able to generate power would protect the businesses from the high cost of outages. Depending on the type of business, outages can cost many thousands of rands per kilowatt hour.

About 30 of the 40 applicants are very small, envisaging the generation of a few watts each.

When the cost of the necessary bidirectional meter (R3 000 to R4 000) and the small revenues to be gained are taken into account, these applications are unlikely to be pursued. Nonetheless, eThekwini is not setting a lower limit for applications.

More likely to go ahead are the larger schemes by medium and large businesses. A bank in central Durban is an example. It plans to have extensive solar panels on its roof and a large battery. It will generate for itself and send on the surplus once its battery is full (on weekends, for instance).

A different schemme
A conventional generator would be much cheaper for such a business (even though it would stand idle almost 100% of the time when there are no outages), but the business might still embark on the microgeneration scheme as a statement of its commitment to the environment.

Both would pay much more than current Eskom tariffs in order to encourage projects for the generation of renewable energy. In August 2011, the Refit scheme was abandoned in favour of a tender mechanism.

A Refit-type scheme, paying a big premium on fed-in electricity from microgenerators, is used in many countries. The most successful scheme exists in Germany.

Such schemes are characterised by guaranteed grid access, long-term contracts, and purchase prices based on the cost of generation.

eThekwini's offer is radically different from this in that it must apply the Municipal Finance Management Act, which disallows the payment of any more for electricity than the municipality can get from the cheapest supplier — Eskom.

Unanimity between managers
Municipal electricity managers in Cape Town and Johannesburg agree with Wienand that, in the case of feed-in electricity from microgenerators, a municipality may not pay a premium on Eskom tariffs, that is, it may pay only the "avoided cost" of buying those kilowatts from Eskom at any particular time.

The average price of Eskom power is about 55c a kilowatt hour, but it goes as low as 30c in off-peak periods and R2 in peak periods.

But that's about where unanimity between the municipal electricity managers ends, confirming the adage that everyone has a different opinion about electricity.

Brian Jones, who manages green energy for the Cape Town municipality, said that where the municipality had agreed to buy such power, it would buy only as much as the user took out of the system in a given year.

Jones said Cape Town had not made an open offer to buy feed-in power from microgenerators, partly because such feed-in power could overload the grid on weekends and impair the quality of overall power, and because he believed that such feed-in might not be legal unless permission was obtained from Nersa.

"We've told anyone who wants to sell us electricity that they have to get permission from Nersa and no one has so far come back to us," he said. "We have asked Nersa, but so far not had any clarity from it on the legal position."

He believes electricity distribution utilities can add value by providing an energy balancing service as well as a back-up service to microgenerators, particularly those that rely on intermittent renewable sources such as solar.

Vermeulen said City Power would "engage Nersa on the matter in the near future". He was "not sure what the regulator's views would be about making an open offer to microgenerators". If a feed-in tariff equivalent to the avoided Eskom cost is allowed, the distributor would not distort the tariffs approved by the regulator.

Vermeulen does not envisage a problem on weekends, when such a producer might have surplus to sell, because the feed-in power would simply replace Eskom power at the same cost.

Vermeulen said there would be an advantage to buying feed-in power from the municipal network, because less energy would be lost during the transmission and distribution of that electricity than through Eskom power generated and delivered from a more remote source.

Solar power coupled to a battery system can technically already supply most of the power required by a household, particularly if the household has already invested in a solar water heater or heat pump and converted to cooking with gas. In this case, the municipality would supply backup power only.

Hope for the future
However, such battery-based systems are expensive and require replacement every five to ten years. "Using the municipality as a means to absorb the surplus and provide backup when necessary is effectively the same thing, but is a lot more efficient and benefits both parties."

Currently, the levelised cost of electricity from solar systems is much higher than that from the grid. However, Vermeulen believes that such systems might become economical in future, with further decline in the cost of solar panels and breakthroughs in battery technology.

He also believes that the carbon tax, planned for implementation in January 2015, which increases progressively, will make such systems more viable and particularly attractive to commercial consumers as a way to reduce their liabilities.

Eventually such systems might be used to encourage manufacturing to return to premises within the city that receive a blend of electricity from City Power and distributed sources at competitive, fixed rates.

When such on-premises generating and storage systems do eventually become viable, they could exert a radical downward pressure on the revenue of power utilities, which would then have to disproportionately increase their tariffs to cover their fixed costs. At that point, the utilities would be forced to re-evaluate their business models.

Wienand considers this scenario unlikely, however. He said solar power is still six times the price of Eskom power and although solar-panel prices had fallen sharply, they might level out. And despite advances in battery technology, the big batteries which would be needed were likely to remain very expensive.