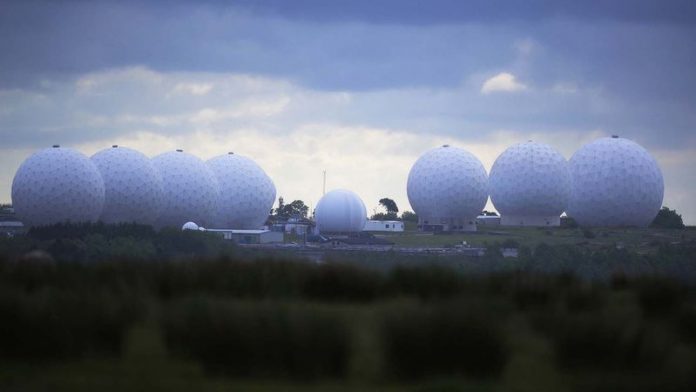 It is also used against enemies.

However, the startling leaks published by the Guardian demonstrate, more than ever before, how techno-logy has hugely extended the scope of spying in a way that has unprecedented implications for personal privacy, corporate wealth, and the conduct of international relations.

The National Security Agency (NSA) in the United States and its close British partner, GCHQ, the electronic eavesdropping centre based in Cheltenham, defend their activities on the grounds that they are fighting terrorism and serious crime.

Spy wars: South Africa is not innocent
SA knew UK was spying on it in 2009
Law cannot keep up with spying tech
Ten things about surveillance
Spying: SA's outcry over spying rings hollow

Top-secret documents now passed to the Guardian reveal that they are also spending time and money spying on Russia, Turkey, South Africa, and other delegates to international conferences in bugging operations that have nothing to do with terrorism or crime.

The purpose is to give the United Kingdom a competitive and negotiating advantage. It is justified on legal grounds because the 1994 Intelligence Services Act says the job of GCHQ is to gather information "in the interests of the economic well­being of the United Kingdom".

The extraordinary scope of the Act was spelled out by the then lord chancellor, Lord Mackay, during the Bill's first reading. After stressing the importance of keeping "a particular eye on Britain's access to key commodities, like oil or metals", Mackay added: "The profits of Britain's myriad international business interests … and the jobs of a great many British people are dependent on the ability to plan, to invest and to trade effectively without worry or danger."

Three years earlier the Guardian revealed how GCHQ bugged the communications of a wide range of targets, which, on the face of it, had nothing to do with protecting the nation's security. They included intelligence that would benefit large British companies, including the oil giants and banks, as well as the internal communications of those companies. GCHQ even bugged the pope.

Intelligence partners
The data is intercepted by GCHQ's supercomputers, and the even bigger ones operated by the agency's close partner, the NSA. The intercepts are picked up by ground stations, including the NSA base at Menwith Hill in North Yorkshire, and GCHQ's listening post at Morwenstow, Cornwall, and distributed to their closest intelligence partners – Canada, Australia, and New Zealand – via a large network called Echelon.

The capacity of this data-gathering network, and the uses to which it has been put, have been attacked by France as an Anglo-Saxon club indulging in industrial and economic espionage that has prevented French arms companies, for example, from winning contracts where they have competed with UK and US firms.

Leaks to the Guardian have revealed the huge capacity of NSA and GCHQ computers as well as the way they are used.

The law cannot keep up with developments in intrusive, surveillance technology, as intelligence officers admit. How the data is used – against terror suspects, but not innocent individuals – is, they admit, a matter of trust, not the law.

Leaks of the documents suggest it is impossible to quench the appetite of the intelligence agencies and their clients, notably the ministers to whom they are responsible. Britain's spies say they are ultimately accountable to ministers, the people who are urging the spies on, and who seem unable to resist the secret product of their covert operations.

One unanswered question is how activities such as bugging delegates to international conferences hosted by Britain can be justified, in particular at a time when the security and intelligence agencies insist they need more resources to counter real threats, namely violent terrorism.

That question will become even more important as the capabilities of data-gathering computers increase beyond the reach demonstrated by the latest leaks. – © Guardian News and Media Limited 2013

Assange files charges against US spy

Bradley Manning: I’m sorry that my actions have hurt people

US wants Snowden arrested for espionage