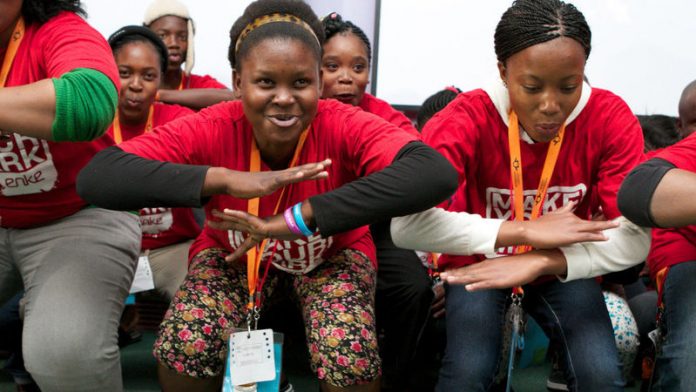 Enke: Make your Mark, a youth entrepreneurship organisation that aims to build a network of young South Africans to take action on urgent local issues, was the winner of the 2012 Investing in the Future & Drivers of Change: Civil Society Award.

Named after the Setswana word for ink, enke aims to empower young people to make their mark on their peers, their community and the world.

Vimbai Gwata, communications manager at enke, says: "We went into the awards ceremony in 2012 happy to have been nominated. Just the credibility of being nominated was great and we honestly did not expect to win.

"However, winning the award was gratifying as it showed that our commitment to youth development has been recognised externally. The award was affirmation of all the hard work we had done leading up to that point."

Since 2009 the organisation has worked with more than 600 youths through the enke: Youth Award, a nine-month programme that addresses inequality by bringing together youth from all social groups for a common purpose.

It focuses on grade 11 learners and helps them develop personal leadership skills.

In the past few years, students have started projects that address education, the environment, health and other social issues that are relevant to them and their communities.

Real-world benefits
Often, there is a divide between the awards and drawing benefits from them. This was certainly not the case for enke.

"The award has made a big difference for the organisation. Not only is our name more recognisable with funders and prospective funders, but also with the youth we are trying to help. This award made us realise that we are doing something of great significance," Gwata says.

This significance can be translated into real-world benefits, she says.

"We have been able to enter into more partnerships and collaborations with organisations doing similar work to us. Importantly, it has also seen us get more funding, so from a promotional perspective it has made a marked difference to the organisation."

Long-term vision
Gwata says awards such as Drivers of Change and Investing in the Future are important, but people do not really understand what winning something means until it happens.

"Initially we were elated with the recognition for the work we have been doing in the youth space. But it is so much more than that. It adds credibility to our work and provides gratification for ourselves as well as those who have been supporting us. It shows them that they are involved in a respected organisation that has the recognition of its peers," she says.

Since winning the award, participation in the organisation has doubled.

"We are looking at expanding our services not only in South Africa but also into the rest of sub-Saharan Africa. There is definitely a more long-term vision to the organisation than before the award," she says.

She advises similar organisations focused on youth development and entrepreneurship to have patience and tenacity.

"We only won the award three or four years after we started. So organisations expecting immediate rewards will be disappointed. Ultimately, the success and accolades are secondary to the passion of working with the youth."