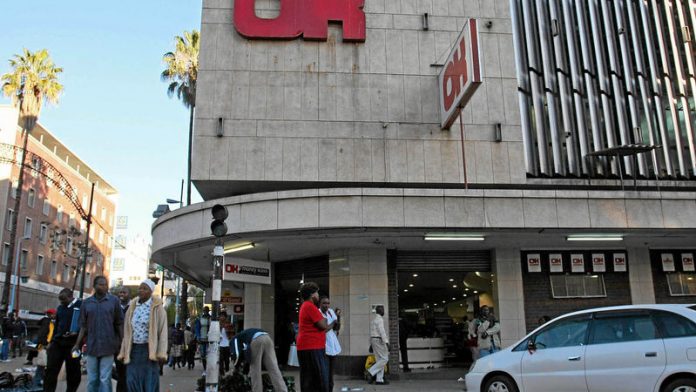 The decision by the Zimbabwe Stock Exchange (ZSE) to delist two companies and suspend a third after they became bankrupt shows a worrying pattern of deindustrialisation, analysts and industrialists have warned.

The ZSE announced last week that Apex Corporation of Zimbabwe, a conglomerate with investments in metal castings and engineering, had been suspended from trading its securities on the stock market with effect from June 11 for an initial 30-day period, after which the suspension will be reviewed.

The bourse also announced the delisting of Gulliver Consolidated, an engineering group involved in galvanising and steel merchandising and fabrication, as well as Steelnet Zimbabwe, a manufacturer of steel pipes, fasteners and agricultural implements.

Both Gulliver and Steelnet became insolvent and are under judicial processes to protect the interests of creditors.

Analysts warned that the problems encountered by the three firms underline the quandary faced by several listed stocks on the domestic bourse, where several former blue chip companies, particularly those in the manufacturing sector, are struggling and face collapse in the absence of recapitalisation.

Kumbirai Katsande, president of the Confederation of Zimbabwe Industries (CZI), the largest body of manufacturing companies, said the situation was dire. Most of the affected companies were manufacturing concerns that could not access capital after dollarisation due to a liquidity crisis.

Whose responsibility is it anyway?
"The manufacturing sector is in a crisis and no one is taking responsibility," said Katsande. He accused politicians of "getting political" over the industrial haemorrhage and of "showing no concern".

Witness Chinyama, an independent economic consultant, said the problem bedevilling the delisted companies is the result of a liquidity crunch in the economy.

"Our companies need to re-tool and modernise. Banks should support this process, but they have their own capitalisation problems. Lending is therefore short term and expensive, and most companies cannot afford local debts," said Chinyama.

He said that after experiencing a slight recovery after the dollarisation of the economy in 2009, capacity utilisation for most firms was now on a decline.

"If this decline continues, there's a real risk of de-industrialisation. It would be a big problem for our stock market as well."

Yet the troubles afflicting the ZSE-listed companies contrast sharply with the performance of the bourse itself, whose industrial index has soared. According to market analysts, the ZSE gained 46.7% between December 31 2012 and June 11 2013.

Foreigners buying in selected counters
Katsande said the bourse was being driven by a few stocks with foreign investment.

Chinyama agreed: "The performance is coming from targeted stocks. Foreigners have been buying aggressively in selected counters."

In its report to investors last week, banking group AfrAsia Kingdom Zimbabwe said the economy had "shown signs of fatigue with capacity utilisation in the manufacturing sector having declined from 47% in December 2012 to about 40% in March 2013".

"Surprisingly, despite the challenges facing the economy, the stock market has remained bullish. The major drivers of the gains have been blue chip counters that have continued to find support even in the midst of the increasing investment risks.

There are signs of stress on the ­balance sheets of at least 10 other listed companies in the manufacturing sector.

Almost liquidated
Star Africa Corporation, a food and beverages manufacturer with interests in the packaging and transport industries, early this month avoided liquidation after creditors, owed $19.7-million, agreed to an arrangement that would give the company time to retire overdue liabilities.

External auditors noted that the company's "going concern" status was in "significant doubt", with current liabilities exceeding current assets by $2,58-million during the half-year to March 31 2013 due to short-term borrowings that stand at $6,77-million.

ART had reportedly been courting a South Africa firm, First National Battery, a subsidiary of Johannesburg stock exchange-listed Metair, for a $3,5-million investment in its battery divisions to help it retire debts. But talks reportedly collapsed last week, and the company issued a cautionary statement.

PG Industries, once the country's largest construction materials manufacturer and retailer, is technically insolvent, and its current liabilities are far exceeding current assets due to an expensive debt burden.

It is in the process of trying to sell immovable properties and subsidiaries to avert collapse.

Other listed firms in dire straits include stock feeds, maize meal, flour and snack foods manufacturer CFI Holdings, which is courting foreign investors for a possible bailout; hotel group Rainbow Tourism Group, which appointed a new chief executive after current liabilities overtook current assets last year; and Interfresh, a producer, processor and global marketer of agricultural and allied products, whose land was confiscated by first lady Grace Mugabe this year under a land reform process, putting to waste millions of dollars worth of crops funded by a foreign investment.

Food processor Cairns Holdings, once a towering giant in its sector, is planning to rope in Russian ­investors to recapitalise after becoming insolvent late last year due to ­expensive debt, according to local media reports.

It is currently suspended from trading on the bourse, together with Trust Holdings, the owner of a struggling commercial bank that has failed to meet new Reserve Bank of Zimbabwe capital requirements, whose listing was also suspended last month.

The other bank suspended on the ZSE is Interfin, which turns out to have lent significantly to some of the companies that are now in trouble.

Katsande said the CZI had raised concerns with the government over the problems bedevilling local industries.

"We have raised these issues. There are few economies that have succeeded without industrialisation. Some of these companies will not rise again. Investors are finding that it's cheaper to resuscitate companies not laden by debt or just start new ones with modern machinery.

"We're talking to ourselves," Katsande said over the engagement with the government. "Nobody [in the government] has called us to say how we can deal with this problem. They are mesmerised that we've got the largest stock of diamonds, but that means nothing; industrialisation is at the heart of wealth creation."

Industry minister Welshman Ncube was not available for comment.