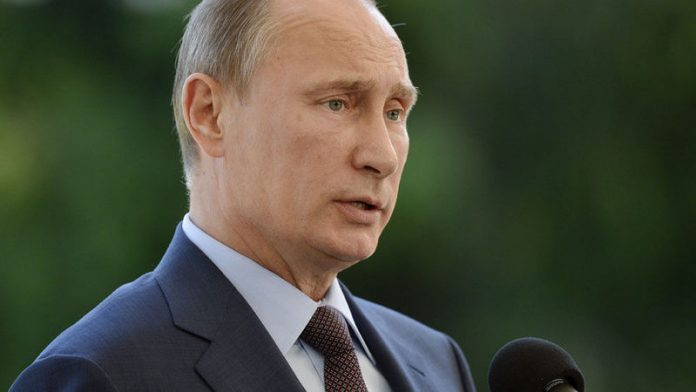 Russia's President Vladimir Putin confirmed on Tuesday that a former US spy agency contractor sought by the United States was in the transit area of a Moscow airport but ruled out handing him to Washington, dismissing US criticisms as "ravings and rubbish".

In his first public comments since Edward Snowden flew in on Sunday, Putin appeared to make light of the diplomatic uproar over the fugitive, whose flight from US authorities is becoming a growing embarrassment for US President Barack Obama. Asked by a journalist about the affair, he smiled fleetingly.

"I myself would prefer not to deal with these issues. It's like shearing a piglet: there's a lot of squealing, but there's little wool," Putin told a news conference in Finland.

Snowden, who worked as a systems administrator at a US National Security Agency (NSA) facility in Hawaii, is facing espionage charges from the US after leaking details about secret US surveillance programmes to the news media.

Two US national security sources said intelligence agencies have detected that members of targeted militant organisations, including both Sunni and Shi'ite Islamist groups, have begun altering communications patterns, believed to be in response to the leaks on eavesdropping programmes.

NSA director Keith Alexander sought to reassure his employees that the outcry over surveillance programmes leaked by Snowden was not directed at them and that agency leaders would "take the heat".

Putin's refusal to hand back Snowden risked deepening a rift with the United States that has also drawn in China and threatens relations between countries that may be essential in settling global conflicts including the Syrian war.

Obama as ineffective
Republican lawmakers in Washington seized on the Snowden saga to portray Obama as an ineffective foreign leader.

Washington has gone to great lengths to try to ensure that Snowden has nowhere to go to seek refuge. But Putin said Russia had no extradition treaty with the United States and suggested that Moscow would expel Snowden only if he were a criminal.

"He has not crossed the state's border, and therefore does not need a visa. And any accusations against Russia [of aiding him] are ravings and rubbish," Putin said in an appearance with Finland's President Sauli Niinistö.

Shortly after Putin's comments, the White House said Moscow had a "clear legal basis" to expel Snowden because of his revoked passport and the outstanding charges against him.

"Accordingly, we are asking the Russian government to take action to expel Mr Snowden without delay and to build upon the strong law enforcement cooperation we have had, particularly since the Boston Marathon bombing," said White House National Security Council spokesperson Caitlin Hayden.

She said the United States agreed with Putin's comment in Finland that it did not want the incident to negatively affect US-Russia relations, but members of the US Congress denounced Putin's stance and said it would have an impact.

"It should cause a profound re-evaluation on our relationship with Russia and with Vladimir Putin, something that a lot of us have been saying for a long time," said Senator John McCain, the 2008 Republican presidential contender.

"It is accurate there is not an extradition treaty between Russia and the United States, but there are standards of behaviour between sovereign nations," Kerry said, in Jeddah.

Russia taking advantage
Republican critics of the president said the Snowden furore was a sign of Obama's weakness and declining international stature, and Russia was taking advantage of the United States.

Snowden has applied for asylum in Ecuador but Quito is still considering his application and the United States is trying to persuade the governments of countries where he might go to hand him over. His plans remain unclear.

Ricardo Patino, Ecuador's foreign minister, said during a visit to Vietnam that he had asked US authorities to provide written communication to analyse alongside Snowden's request.

Putin said the 30-year-old Snowden was in the transit area of Moscow's Sheremetyevo airport and, not having gone through passport control, was free to leave.

"The sooner he chooses his final destination, the better it would be for us and for himself," Putin said.

Russian law requires travellers who spend more than 24 hours in the airport's transit area – as Snowden has done – to get a transit visa. It was unclear whether Snowden had sought or received a transit visa.

The US State Department said diplomats and justice department officials were talking to Russia, suggesting they sought a deal to secure his return to face espionage charges.

Putin praises Assange
Snowden left Hong Kong for Moscow on Sunday, and the WikiLeaks anti-secrecy group said he was headed for Ecuador and is travelling on a refugee document of passage provided by Ecuador.

Journalists camped out at the airport have not spotted him inside, or leaving, the transit area. He has not registered at a hotel in the transit zone, hotel sources said.

US officials admonished Beijing and Moscow on Monday for allowing Snowden to escape their clutches but the United States' partners on the UN Security Council, already at odds with Washington over the conflict in Syria, hit back.

Putin also praised WikiLeaks founder Julian Assange, who himself is a fugitive from US justice, and questioned whether he or Snowden should be treated as criminals.

"Ask yourself: should such people be handed over to be imprisoned or not?" said Putin, who last week was smarting at being isolated over Syria at a summit of the G8 industrial powers and sees Washington as an overzealous global policeman.

Advisers to Assange declined to comment on the situation.

Global fallout
Fallout from a protracted wrangle over Snowden could be far-reaching, as Russia, the United States and China hold veto powers at the UN Security Council and their broad agreement could be vital to any settlement in Syria.

International mediator Lakhdar Brahimi said he was pessimistic an international conference on Syria could take place in July as hoped and urged Russia and the United States to help contain a conflict which has killed almost 100 000 people.

Talks between the United States and Russia to set up a Syrian peace conference produced no deal on Tuesday, with the powers on either side of the two-year civil war failing to agree when it should be held or who would be invited. – Reuters