Obama threatened with ‘mother of all protests’ 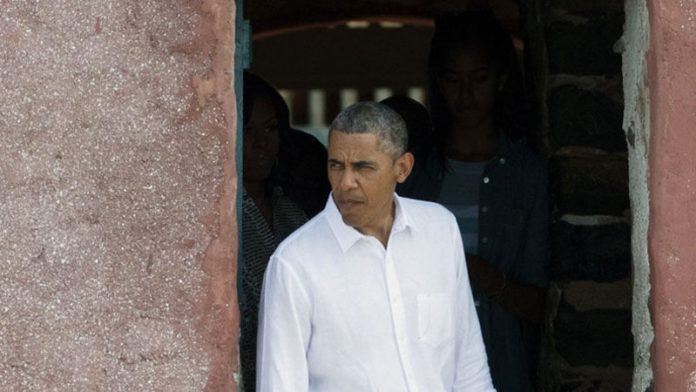 But the university's management insists its honorary doctorate for Obama is a recognition of personal merit rather than an expression of support for United States policies and that he is not due to receive the award this weekend anyway.

Cosatu and its partners in the "No, You Can't Honour Obama” coalition – the Nobama campaign, in colloquial shorthand – will hold protest marches in Pretoria, Cape Town and Soweto while Obama is here.

They are objecting to what they denounce as US imperialism, the atrocities its military agencies commit in various countries, and its continued economic and political support of the "apartheid state” of Israel.

"[Former US president George] Bush was wise not to go to Soweto when he came to the country,” said Mbuyiseni Ndlozi, the spokesperson of the South African wing of the international Boycott, Divestment and Sanctions Movement.

Obama would receive the "mother of all protests” when he visits UJ's campus there on Saturday, he said.

Personal accolade
But UJ deputy vice-chancellor Tinyiko Maluleke said that members of the council and senate, who resoundingly voted in favour of honouring Obama, drew a line between his achievements as president and as an individual.

"UJ is giving Obama an honorary doctorate. It is not honouring the policies of the US,” said Maluleke. "He's failed in some instances [as president]. We can debate that issue. But let's not say he can't be honoured.”

"You don't have to like Obama to know that he is an extremely gifted, talented and influential world leader who rose from an unlikely and a very humble background to the helm of the most powerful country in the world.”

Maluleke was also at pains to dispel "false reporting” to the effect that UJ would award the degree this weekend. "It's not even our event,” he said. Obama's address to young leaders on the campus was organised by the US embassy in Pretoria. Maluleke said a date for the awarding of the honorary degree had not yet been decided.

Policies unchanged
​Bongani Masuku, Cosatu's secretary of international relations, rejected UJ's stance on the award. "How do you separate what Obama does as a person and what he does as the president of the US?” he said. "You carry a Bible, on the one hand, [while] you carry a spear on the other.”

US policies had not changed under Obama's leadership, Masuku said. "He promised to close down [the detention camp] Guantanamo Bay, but we're still seeing a hunger strike [there] today.”

Obama also had not withdrawn all US troops from Iraq and Afghanistan as promised and the US's "astronomical” economic support for Israel continued to "sustain the occupation of Palestine”.

On Obama's academic achievements, Masuku drew parallels with Zimbabwean President Robert Mugabe: "Mugabe is the most educated president in Africa. He has more degrees than any other president.

"Mugabe led the liberation revolution in Zimbabwe. But everything that he has done, right or wrong, goes into his records. It's the same thing with Obama. He has done good and bad things in person and as president.”

US Embassy spokesperson Jack Hillmeyer said: "We are certainly aware of the various controversies, but have no comment on them.”

On the looming protest marches, Hillmeyer said: "We firmly believe in the right of free speech and have no problem with people peacefully protesting. It is not uncommon for presidential trips, even in America, to [be met with] demonstrations.”