How to be a control freak like Gwyneth Paltrow 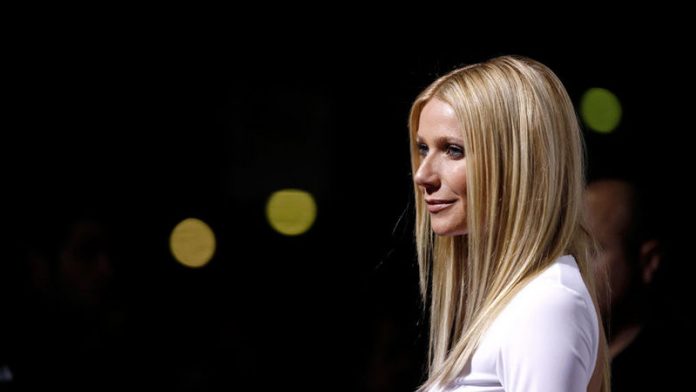 We have reached the end game of have-it-all culture. Because L'Oréal's "I'm Worth It” slogan has had its day, and discipline is the new decadence.

The Nike Fuel Band, which tracks your calorie expenditure and praises you for an active lifestyle, has more smug factor than a Rolex watch right now.

Meanwhile, the narrative of reality TV has changed: bad behaviour has been replaced by Saturday-night preaching of the age-old Sunday-morning mantras that hard work will be rewarded, that mentors must be respected and listened to. Even family life has taken on a new set of values.

With every issue of Goop, the online publication founded by actor Gwyneth Paltrow, the cosy, cupcake-baking ideal of motherhood cedes territory to the Tiger Mothers (whose children will be more successful than yours) and the Gwyneth Paltrow-esque mothers (whose children will be slimmer and healthier, ergo more successful, than yours).

We will always desire that element that is elusive in our culture – and right now, that element is discipline.

Instant culture
Five months ago Malcolm Gladwell, author of The Tipping Point, gave a speech in which he noted the drawbacks of a culture of instant access to information and of the infinite flexibility of schedule made possible by a world in which everyone is instantly contactable.

Discipline, he said, was missing in this setup, and this was a handicap in some areas of achievement.

"Collaboration and sharing are not good for finishing your organic chemistry problem set,” he said.

Patience, strategic thinking and deference to authority, he added, are things "that do not come naturally to” those who have grown up in an online culture.

The ascent of the age of discipline is changing the mood music in every aspect of our culture. It is the reason why skivers-and-strivers hit a nerve.

Richard Benson, editor of the Middle Class Handbook blog, attributes the shift to "the tremendous increase in workloads and competitiveness that has occurred over the past decade, owed in part to the influence of Americanised corporate culture and in part to the current recession.

This time, it feels like the impact may be the acceptance of previously unthinkable workloads and working hours.

Discipline drive
Many people say they are still earning the same salary but are having to work much harder for it, which perhaps explains some of the focus on discipline.

And there is a certain disenchantment with the nonjudgmental, diverse, emotionally literate approach that predated this, for various reasons: it seems to dodge tough decisions, it is often disingenuous, it leads to awful corporate team-building exercises.

And so that disenchantment leads to a counter-reaction, which is an appreciation of old-fashioned, no-nonsense schoolmarmishness.

Lorraine Candy, editor-in-chief of fashion magazine Elle, says that discipline "makes us feel more in control of our lives in a time when the recession defines us and how we live.

"The Elle reader [who has an average age of 28] is more thoughtful about her way of life and her purchases because her future may not be as rosy as the generation before. Discipline is part of her mind-set now.”

When I was first doing working lunches, 15 years ago, a glass of wine was perfectly normal; such a thing is unheard of now.

And at evening events in the fashion industry, the meaning of the hand over the wine glass has gone from "I'm pregnant” (2005) and "I've got a job interview or meeting with the boss tomorrow” (2010) to "Can't afford to look unprofessional in this economic climate” (2013).

Among Candy's readers, "sharing a great film, band or book is much more of a social currency on Facebook than saying how much they drank. That isn't the driver for an evening out any more.”

Conversely, as Benson notes, "it has become far more acceptable to boast about going to the gym or running. The posting of one's runs to Facebook is increasingly becoming a pressing issue of etiquette.”

It was a straightforward, well-meaning article attempting to tease apart character traits that mean you are more than usually careful or organised from those that suggest OCD.

Double-checking you turned the oven off is fine, but having to check exactly three times before you leave the house is a warning sign.

What was striking about the article, however, was the visuals that accompanied it.

The front page was illustrated by an expensive-looking wooden rail on which hung a handsome row of shirts, pleasingly colour co-ordinated so that mid-blue segued into pale duck egg, through a cream check and into lemon.

On the next page was an action close-up of a hand wash, with elegant French manicured nails gleaming in the suds.

It was an ugly description, with nothing remotely admiring about it.

But perfectionism has rebranded itself, from being just a bit uncool to being "a Type-A personality” (essentially a way of saying "I'm Alpha, you're Beta” while hiding behind psychological terminology) or "a bit OCD” – a phrase used these days as a kind of faux self-deprecating compliment.

("Don't worry, it's fine you're late, it gave me a chance to clear my inbox. Me, I'm totally OCD about punctuality. I wish I could be more laid-back, like you!”)

Benson reports having had "younger bloggers who want to write for us”, suggesting blogs about having OCD and being proud of it.

Gwyneth Paltrow is the poster girl for the age of discipline. She has a higher profile now, when she makes only one film a year, than she did when she was wowing Hollywood and winning Oscars, by virtue of being a pioneer for a disciplined lifestyle.

It began with fitness, and the hard-core transformation of her body through what she freely admitted was a gruelling exercise and diet programme.

What was new wasn't the regime; it was that Paltrow championed it rather than disguised it.

Owning up to hard work
Before Paltrow, most actresses and models towed the party line ("eat what I want/fast metabolism”). Since Paltrow, it has become de rigeur to own up to the effort.

"When I interview supermodels today they explain how their bodies have been ‘made' with exercise and good diet, especially the Victoria's Secret [American retailer of lingerie] ‘Angels',” says Candy.

"It is rare to meet one who says she can eat anything she wants and never goes to the gym.”

The Paltrow brand has since extended into family life.

Couples like Paltrow and her husband Chris Martin maintain a strict abstention from goofy shows of public affection, only allow their children to watch cartoons in foreign languages, and exclude most carbohydrates from the family kitchen.

Paltrow has become a figure that people either love or hate in popular culture, partly because we project on to her character the negative traits we associate with discipline (being dull company, not having sex) as well as the positive ones.

Monster parenting
If Paltrow is the poster girl, the Tiger Mother is the bogey monster.

The Tiger Mother, drilling times tables at the changing table and fiercely guarding the name of the best Mandarin tutor in town, is in reality a numerically tiny phenomenon.

Nonetheless, a generation of parents lie awake at night cold-sweating over whether that extra half-hour on the Xbox has seriously damaged their eight-year-old's future chances.

The new age of discipline stems from the worry that a stiff upper lip alone is not enough to save us.

It is no coincidence that the concept of the Tiger Mother took off at the very moment the name, with its Chinese associations, was coined.

Beneath the hysteria is a very real fear. As Benson puts it, "it's probably a reasonable reaction to think: China is going to eat us and our economy alive, if we don't find a way to compete with them.” – Guardian News & Media 2013

Fashionistas in a lather over leather

Cannes kicks off with kung-fu pandas, vision of apocalypse