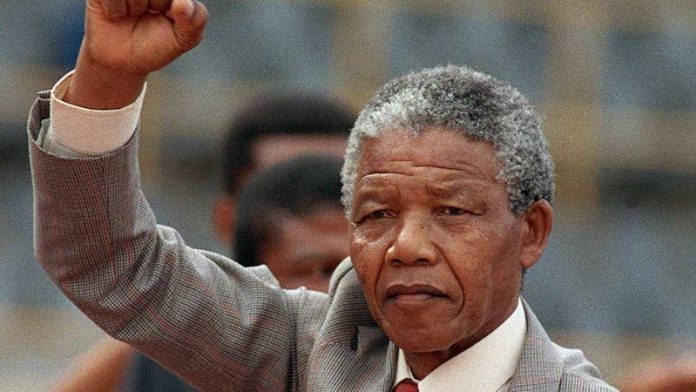 Nelson Mandela has a genius for saying goodbye, honed, perhaps, by a life of leave-taking – of underground work and flight from the apartheid police, of arrest, imprisonment and rare, brief, visits.

When he stood down as president of the ANC in 1997, and of the country in 1999, he brought that ability to its highest political pitch. The decision to step away voluntarily from power will be one of the foundation stones of his legacy.

And when, in 2004, he began a more profound withdrawal, saying "don't call me, I'll call you" he was insisting that South Africa learn to get along without his guidance, overt or implicit. As much as he may have sought peace after a life of constant struggle, Madiba was also teaching a basic lesson: this must be a nation of laws, and of institutions, not of men, certainly not of one man.

We, his people, are less gifted.

If Mandela's goodbyes were a bestowal, a way of turning the absence of his person into the presence of his example, we struggled to understand.

Some of us did not want to let him go, besieging him with pleas for intervention, for anointment, for the sheer, unrivalled, force of his being at World Cup bids, fundraisers, and election events. In the space of his refusals, a Mandela industry grew up designed to protect him and his legacy, but clearly, naturally, incapable of embodying him, and at times susceptible to glib shorthand.

Others, however, were all too hasty to see him off. As our transition progressed, and in some ways soured, Mandela's tough-minded commitment to reconciliation based on the restoration of justice was caricatured by critics as too soft, too forgiving, inadequate to the increasingly urgent project of a deep transformation in South Africa's power structures, and in the lives of millions of still-immiserated people. For them Mandela could be dismissed as an ANC leader who made white people and foreigners feel comfortable, at a time when discomfort was needed.

As he pointed out in 1995 (and repeated in various forms afterward) "we can neither heal not build if such healing and building are perceived as a one-way process, with the victims of past injustices forgiving and the beneficiaries merely content in gratitude".

An incapacity to recall the radical demand of Mandela's humanism, and a tendency to congeal his personality in bronze and branding, however, may be the least of our failures.

The truth is that Nelson Mandela has been absent not just from banquets, front pages, and the high councils of the ANC, for close to a decade. He has too often been absent from our conception of ourselves, and the messy, joyous work of building a democracy in which the full realisation of our individual and collective humanity is possible.

The ANC, which he regarded as essential to the transformation of our national life, without which, he said, "I would be nothing", is struggling amid factionalism and greed to recall his 2009 injunction "to let the good of our people always remain supreme in all our considerations".

As its hegemony frays, and the personal interests of its leaders seem at times to dominate all of its considerations (and ours) the ANC reaches more and more often for the kind of nationalism that Mandela himself would have rejected outright: a nationalism of the security state and the militarised police, of secrecy and legislated respect, of "culture" hardened into an apparatus of patronage and control.

That is not the end of the story, however. As he hovers on the threshold, almost certainly for the last time, Madiba's long goodbye takes on the form of a return, not as a statue, or as a caricature, but as living potential.

That potential is around us in democratic institutions and traditions that, if young, or threatened, are also resilient and powerful. It is present as we recall his insistence on a domestic and foreign policy centred on human rights, and in judgement after progressive judgement handed down by the Constitutional Court. It is visible in the agonisingly slow, but vital change in the shape of our cities, and the refusal of South Africans to be content with half-a-life, or with the outer forms of freedom, absent its content.

"Memory," Madiba said, "is the fabric of identity".

With his memory woven into it, our national fabric is immeasurably stronger. Mayibuye.