History is on the side of the amaMpondo 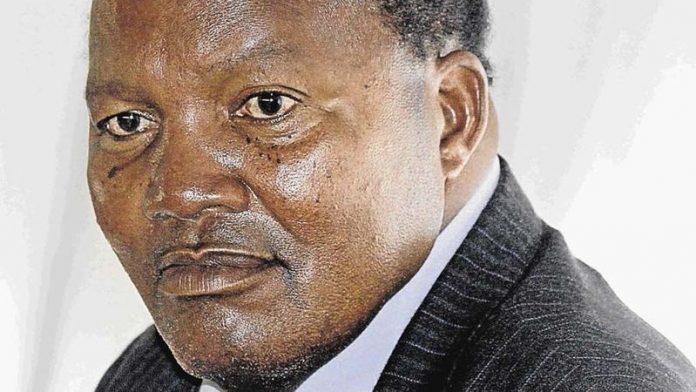 General Jan Smuts in 1936 ironically described the amaMpondo as “a native tribe considered somewhat backward in comparison to other tribes of the Union of South Africa”, yet “unusually conservative and tenacious” in resisting “the disintegration of native life”. Smuts was writing the foreword to Monica Hunter Wilson’s pioneering anthropological study, titled Reaction to Conquest.

The latest conquest the ama­Mpondo have had to resist has been of a neocolonial nature: Australian mining interests eyeing the Wild Coast’s titanium deposits, and the construction industry keen to bisect the amaMpondo kingdom with a high-speed tolled freeway to serve the mining enterprise.

Thus, when the Constitutional Court handed down judgment in the case of King Justice Mpondombini Sigcau vs President Jacob Zuma and Others, it was a major victory for the right to self-determination (a constitutional imperative). It was, in even greater measure, a major setback for those eager to mine the Wild Coast and build the highway.

It is a pity that most commentators seemed not to see the political and historical significance of King Sigcau’s victory over the president.

Tragically, King Sigcau died before judgment was handed down by the Constitutional Court. Both his legs had been amputated below the knee because of diabetes so, while struggling for mobility on artificial feet, he was doing battle with a presidential decision to depose him in favour of an artificial heir.

King Sigcau was a man with extraordinary historical awareness and memory. I have been uniquely privileged to be able to work with him and his family as a social worker – working pro bono, as did his ­lawyers, by the way – and have been richly rewarded in history lessons.

Unhappiness felt
I learned that in 1894 his ancestor, King Sigcau ka Mqikela, was forced to capitulate to colonial rule. Cape Mounted Riflemen were massed on the border, and Cape prime minister Cecil John Rhodes bullied the amaMpondo into submission – just as Rhodes had done to the Ndebele in Zimbabwe.

Who knows what happened in the next round of the king versus Rhodes? I put this question as a snap survey to my colleagues in the Southern African Freelancers’ Association. No one knew. Neither did a professor of constitutional law. I only knew because, 10 days before he died, the king told me.

The impositions of colonial rule were characteristically harsh. King Sigcau ka Mqikela felt deceived by Rhodes and made his unhappiness felt. On June 16 1895, Rhodes imprisoned him by government proclamation for siding with his chiefs, who were resisting the colonial hut tax.

I don’t know whether Zuma knew he was mimicking history when he deposed King Justice Sigcau, 115 years later, in July 2010 – in what also amounted to an illegal proclamation.

In search of justice, both Pondo kings took their cases to the highest courts. Rhodes lost and was scolded by the chief justice, who said the proclamation to arrest Sigcau “was repugnant to the principle of our law”. It was the first bridle on Rhodes’ abuse of power. Next came the Jameson Raid and he resigned.

Olive Schreiner saw it coming as early as 1892, when Rhodes fired his conscience-pricking liberal Cabinet members instead of the corrupt James Sivewright, who awarded tenders to friends without transparency or public accountability.

“I saw he had deliberately chosen evil,” Schreiner wrote of Rhodes to her cousin. “The perception of what his character really was in its inmost depths was one of the most terrible revelations of my life. Rhodes, with his gift of genius … and below the fascinating surface, the worms of falsehood and corruption creeping.”

After the Constitutional Court hearing on February 21 this year, King Sigcau told me he was sure he would win his case against the president, just as his ancestor had won his against Rhodes. Ten days later, the king died unexpectedly, and I felt our final conversation had been charged with enormous historical significance. The “worms of falsehood and corruption” are still creeping.

On June 13, the court ruled that Zuma had indeed acted illegally in deposing the king. The judgment of the Constitutional Court has been handed down. The judgment of history is still pending.